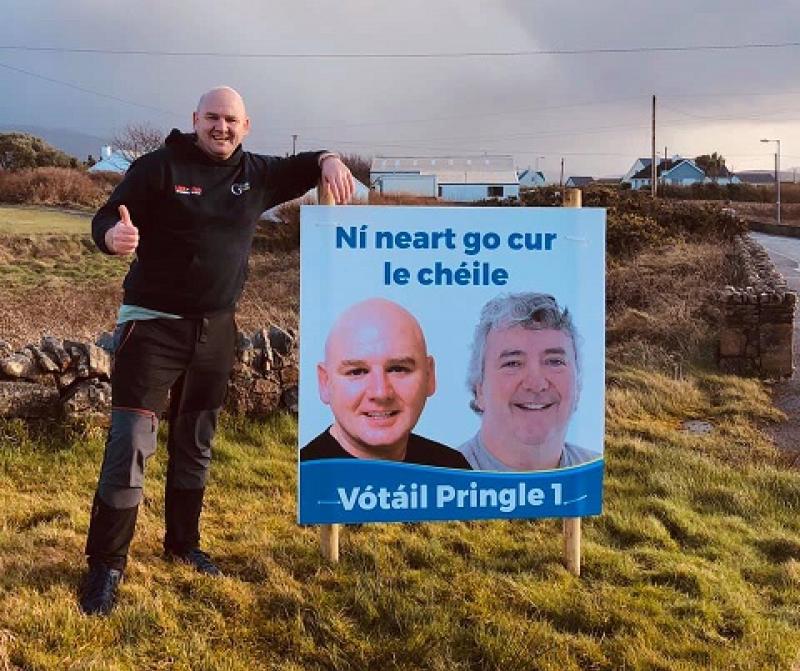 Cllr Mac Giolla Easbuig who has made a plea to his supporters to come out and support outgoing TD, Thomas Pringle

Independent councillor, Micheal Choilm Mac Giolla Easbuig, who is a close ally of independent general election candidate, Tomas Pringle, has warned the voters that if the outgoing Killybegs TD does not get re-elected, he (Cllr Mac Giolla Easbuig) could lose his office in Dungloe.

"If Thomas Pringle doesn't take the last seat, I will lose my office in Dungloe and the great staff that comes with it.

"Please support me by giving Thomas Pringle your No 1 and then vote Left," he said.

It's no secret from various polls conducted in lead lead up to today's election that Mr Pringle was struggling to keep pace with the larger parties.