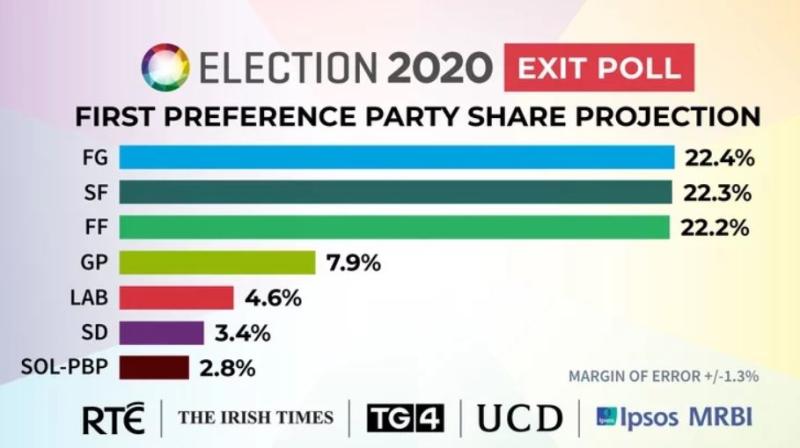 An IPSOS/MRBI Exit Poll in conjunction with RTÉ has revealed that Fine Gael has held onto top spot in the polls over Sinn Féin and Fianna Fáil - but only just.

The national exit poll shows support for Fianna Fáil below expectations. The party looks to have received 22.2% of votes across the country, third of the big three.

The outgoing government party, Fine Gael, has rallied despite negative polls. They received 22.4% of votes, the highest of the big three.

Sinn Féin have increased their support significantly since their disastrous local election in 2019. They polled at 22.3% nationally to take second spot.

With a 1.3% margin of error, it is still impossible to determine the final result of this historic election.

It will be interesting to see how this pans out tomorrow, Sunday, at the count in the Aura Leisure Centre in Letterkenny.

It may lead to the popular prediction for the Donegal constituency of FF 2; SF 2 and FG 1 meaning independent outgoing deputy, Thomas Pringle might lose his seat.