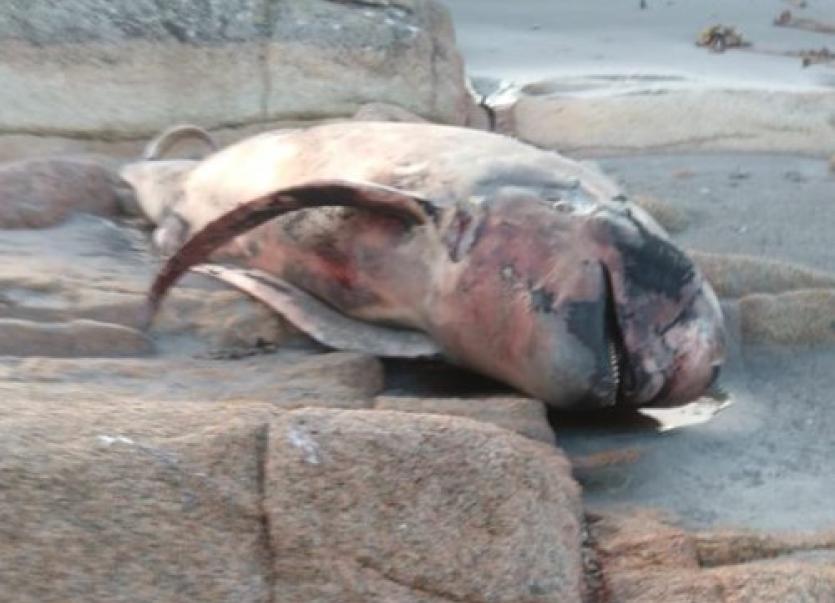 A long fin pilot whale has been washed up on Arranmore Island.

It was suggested locally that the whale was washed on to the shore during recent severe weather, most likely Storm Ciara.

However, the Donegal Whale and Dolphin Group say it may have been there for some time. The group are asking members of the public on Arranmore to help them record details of the stranding. They are looking for more detailed photographs as well as measurements of the whale.

Anyone who wishes to submit information can contact the group via the Donegal Whale and Dolphin Group Facebook page
.