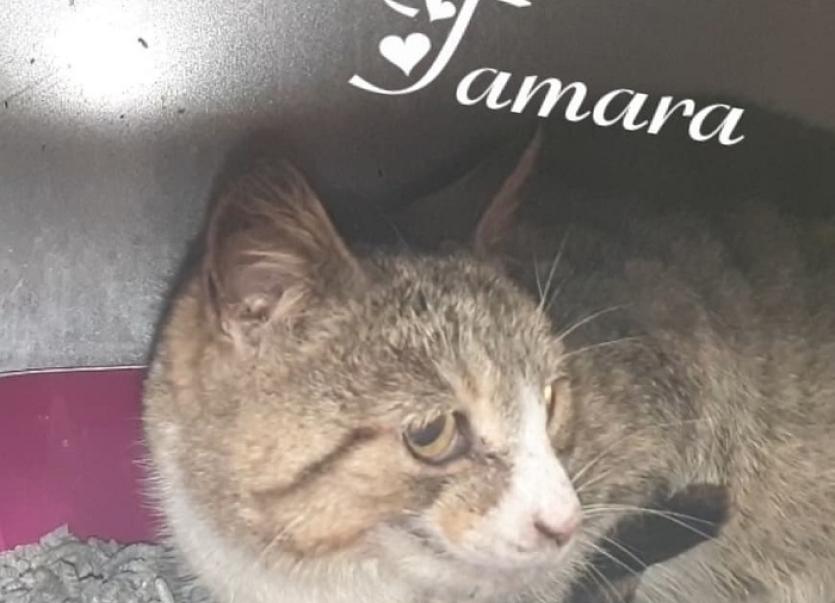 There was great sadness at Animals In Need (AIN) when rescued cat Tamara tragically passed away.

Tamara was featured in the Donegal Post last week, after it was found that along with having been abandoned by her owners, who left her behind to fend for herself when they moved house a few months ago, x-rays at the vets also revealed that she had been shot in the face.

During a routine T.N.R. (Trap/Neuter/Return) of feral cats in the Lifford area, AIN volunteers had noticed that Tamara was in poor condition; emaciated, suffering from cat flu and one side of her face was caved in.

X-rays at the vets showed that Tamara had metal shards in her jaw due to having been shot.

It was hoped that with proper care, Tamara would recover but sadly it was not to be. Her body had been through too much and due to the heartlessness of the people who left her behind and the blatant cruelty of whoever shot her, she could not go on.

The only consolation is that she was warm, safe, well fed and knew kindness in the final weeks of her short life.

Thank you to the vets who pulled out all the stops to try to save her.

Another sick cat was found in Letterkenny on Thursday last.

The black and white tom was taken to the vets for a check-up and thankfully tested negative for both FeLV (Feline Leukemia) and FIV (Feline 'Aids').

He was so filthy and soaked in urine that he needed a bath which he was reasonably cooperative about.

The cat is now receiving medication for his cat flu, along with plenty of good food and TLC. 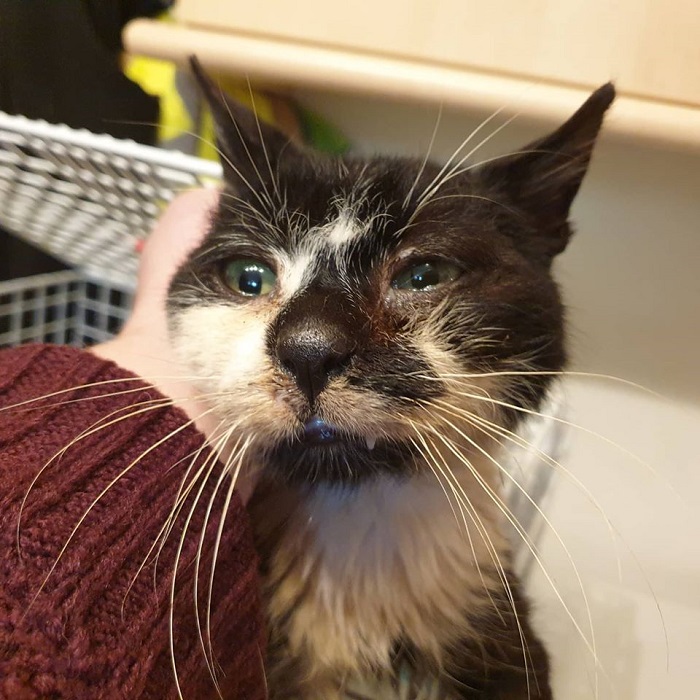 A recent arrival, ginger tom cat Chico, was found straying a few weeks ago. He has one cloudy eye and vet tests have shown that he is blind, or at best has very limited sight.

He will therefore need an indoor only home. He is well adjusted to his condition and gets around his foster home so well nobody would realise he was blind just from observing him.

Meanwhile the volunteers were delighted when Josie, a stray cat they took in, turned out to be microchipped but unfortunately the microchip had not been registered.

Josie is currently at the vets as she has an upset stomach, is not eating and is in pain.

Meanwhile, three long-haired kittens who were dumped at a man's house a month ago, are starting to improve and act like kittens. When they arrived they were so traumatised that they had shut down, did not play or interact, but now seem to be on the road to recovery.

A number of dogs were lost or found during the recent storms and reunited with their owners.

Please always keep animals safely indoors during storms, check for damage to fences if they go outside and that gates have not blown open.

Eighteen dogs, including dogs from the Letterkenny Pound and dogs surrendered directly to AIN by their owners, travelled to the Dogs Trust in the UK last week.

AIN recently took in an elderly Golden Labrador called Mick (pictured), who had been used as a hunting dog all his life but when he slowed down, he was no longer wanted by his owner. 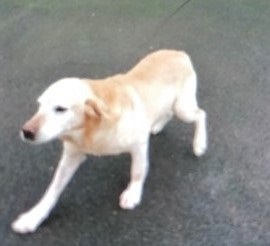 He has gone to a fantastic Sanctuary in the UK where he will be found the perfect home to spend his retirement. At 12 years old, he still enjoys going for walks and is a calm, friendly dog, so may end up as a therapy dog, visiting nursing homes.

One of AIN's more unusual rescues involved a call from a member of the public who had spotted a fox dragging himself along the road after being hit by a car.

Following a lengthy search of the area, the fox was found curled up in a derelict house. Two AIN volunteers, Anne and Margaret, managed to get the fox into a cage and brought him to the vet where he received great care, comfort and medication, but unfortunately the young fox passed away during the night. A sad result but at least the fox was pain free and comfortable in his last hours.