The Garage project is launched by Judge Paul Kelly 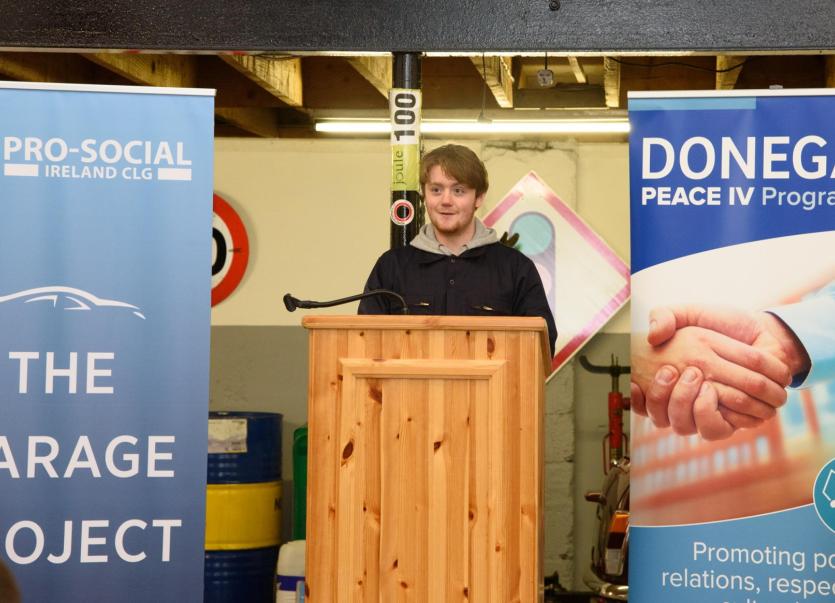 District Court Judge Paul Kelly is among those to offer their support for an exciting new project which aims to raise awareness of road safety and in the process, make the roads of Donegal a safer place for us all.

The Garage Project is the latest initiative being rolled out by Pro-Social Ireland and it has received an extremely positive response since it began last month.

It was officially launched on Tuesday evening by Judge Kelly at a special event held at The Garage’s base at Mountain Top in Letterkenny. 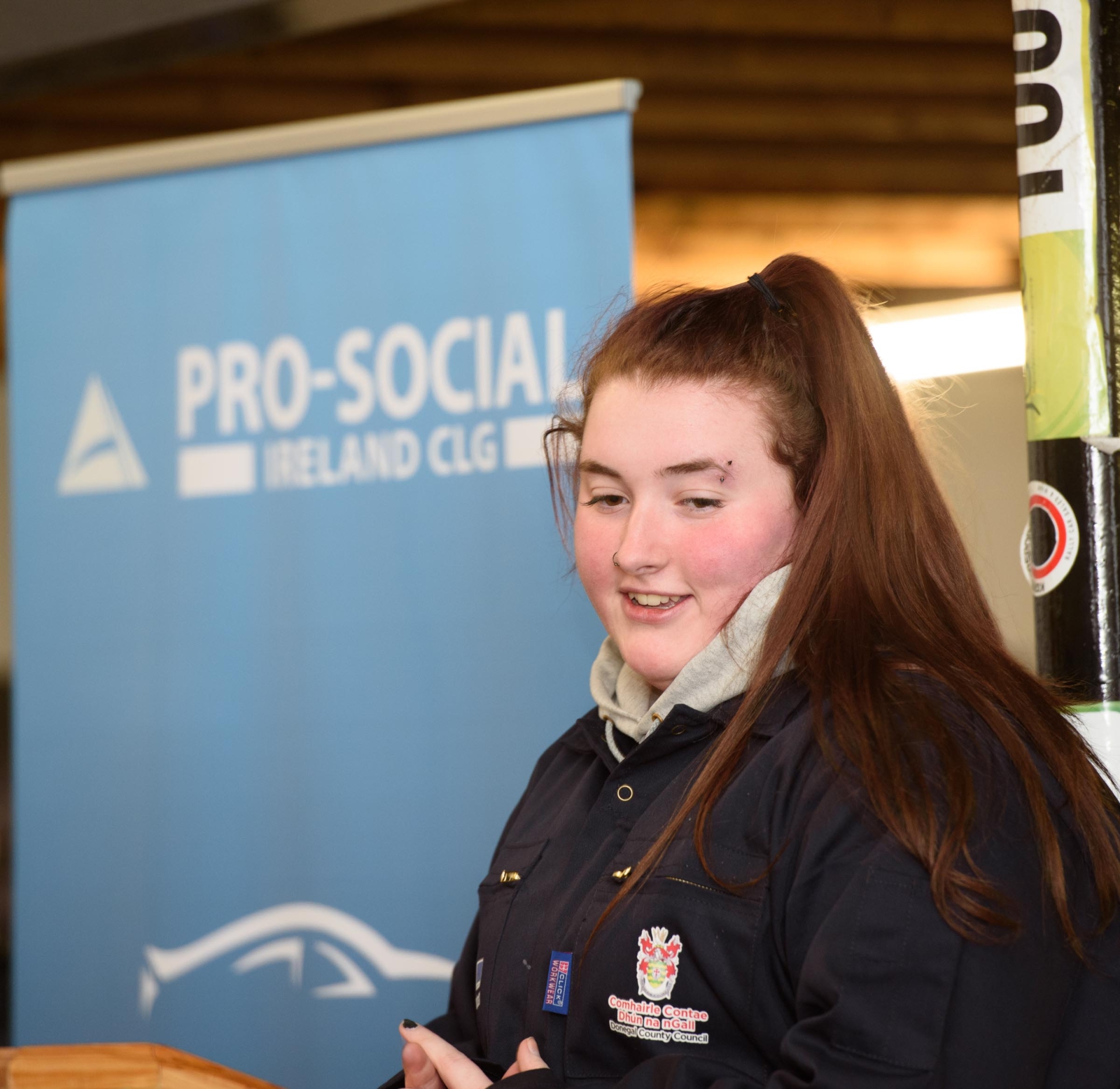 Ava Harkin who was among those who spoke at Tuesday night's launch of The Garage Project in Letterkenny PICTURES: CLIVE WASSON

Representatives of the various organisations who are involved in the project were in attendance and among the guest speakers were Garda Inspector or Road Policing, Michael Harrison and Donegal Road Safety Officer, Brian O’Donnell.

The first group of participants in the Garage Project who recently completed the first course were also presented with their certificates.

“The Garage Project is aimed at teenage boys and girls who have an interest in cars and who may be at risk as a result of their behaviour on the road,” he said. 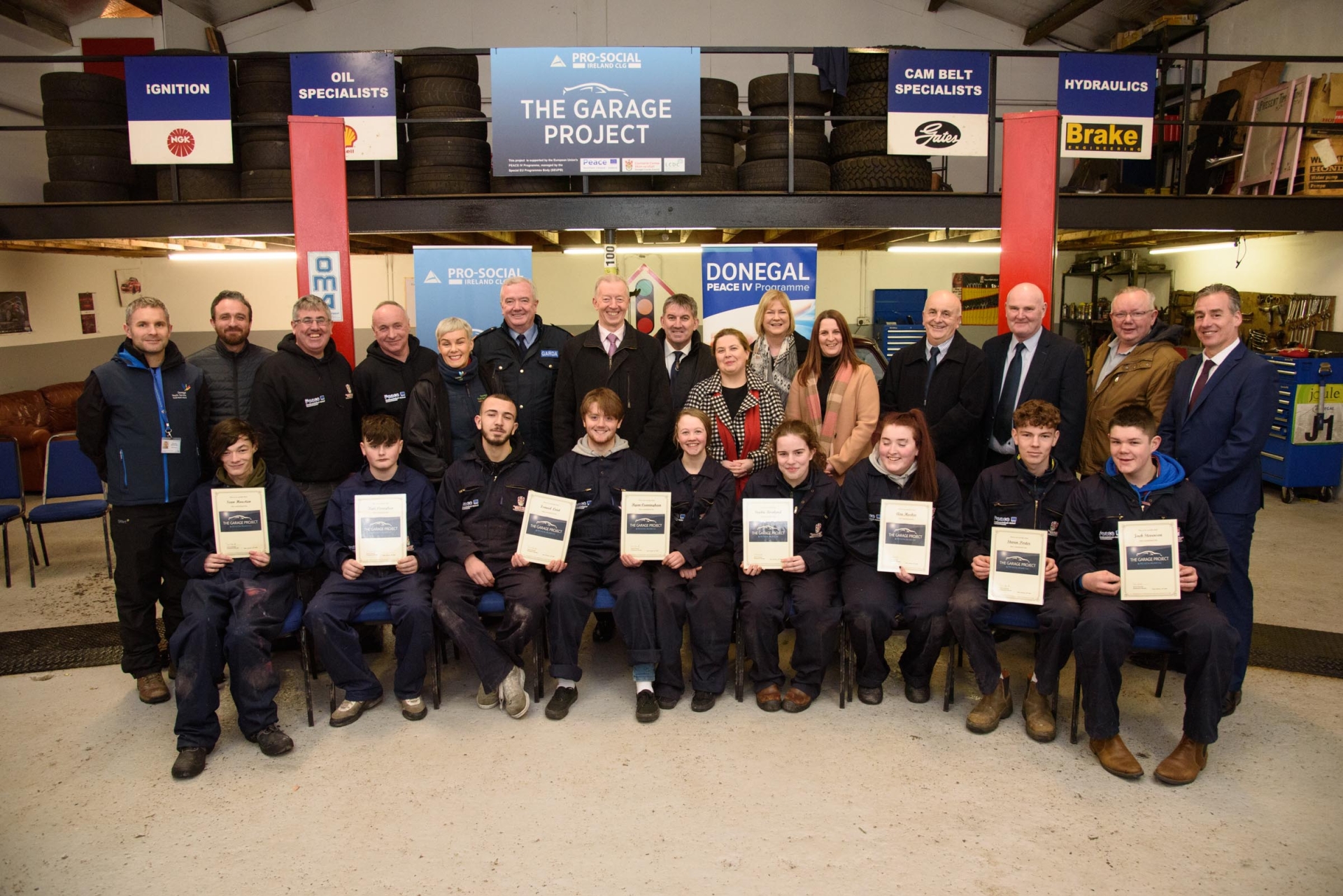 Representatives from the different organisations who are involved in The Garage Project, pictured along with some of the graduates from the course

“They are taught the basics of car mechanics and panel beating. They are also educated about the importance of good driving behaviour and the consequences of not doing the right thing. In essence, it’s about instilling good habits as they start their life behind the wheel before they adopt bad habits.

“A number of individuals from various organisations have played a significant part in bringing the proposal, which was approved last year, to fruition. 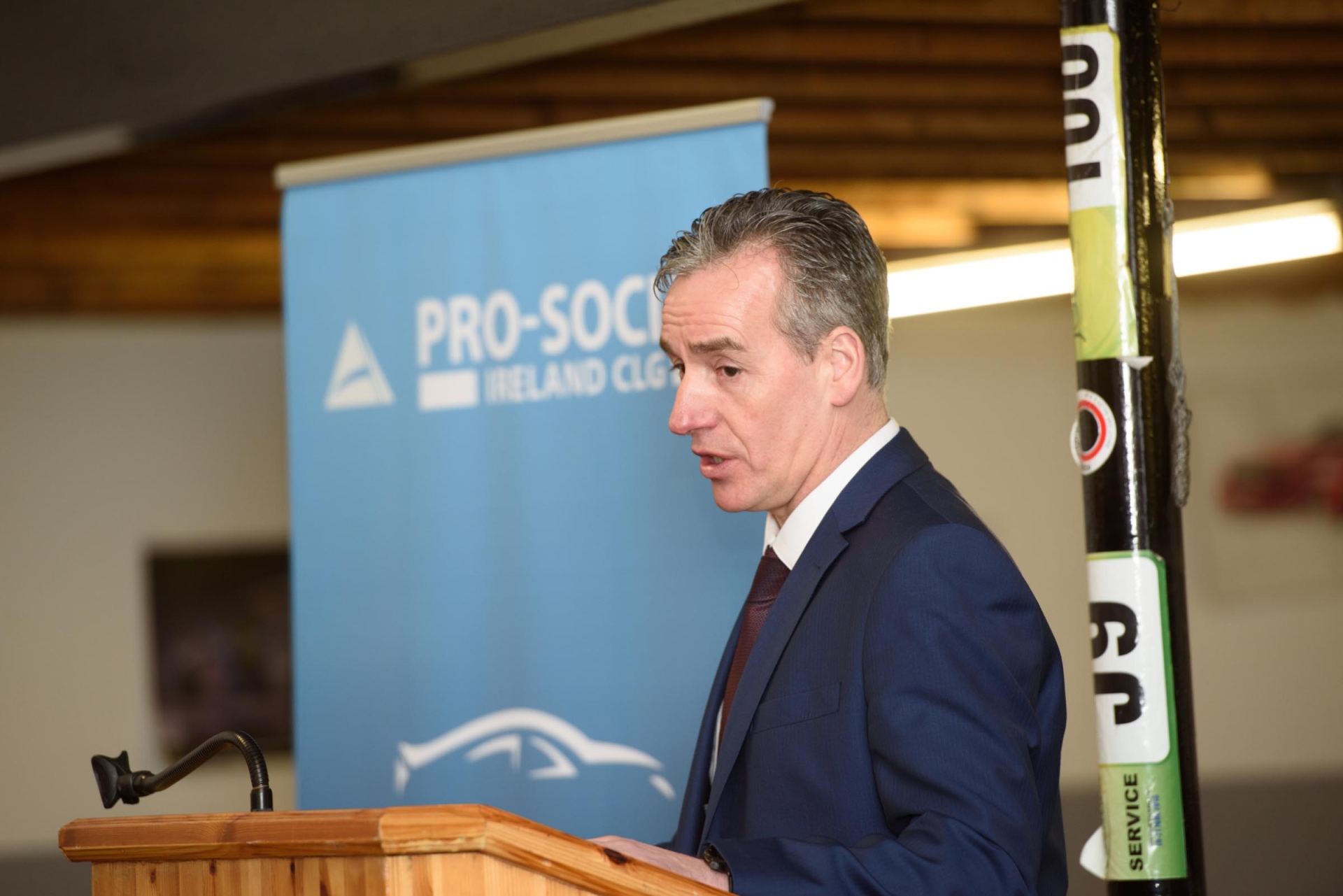 “Our two tutors, Denis Ferry and Leslie O’Donnell, have a huge passion in what they do and have a great way with the young participants – a number of whom are with us this evening.”

During Tuesday night’s launch, both Denis and Leslie spoke of the success of the project and the pleasure and enjoyment they have taken from working with the young people.

The Garage Project is supported by the European Union's Peace IV Programme, managed by the Special EU Programmes Body (SEUPB).
The Peace IV Programme has a value of €270 million and aims to promote peace and reconciliation in Northern Ireland and the Border Region of Ireland. 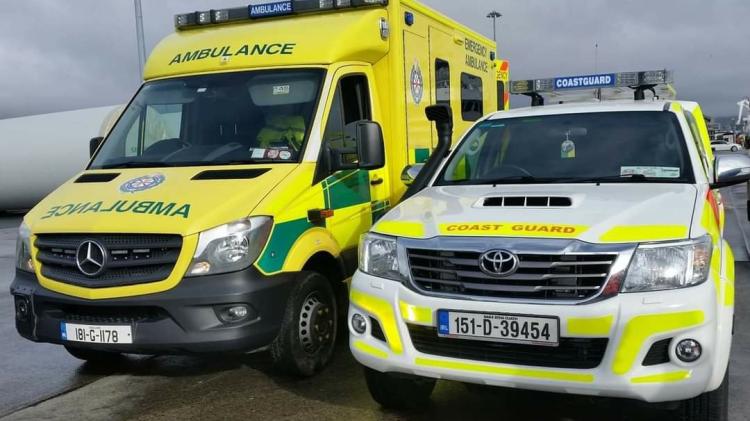