Paul will ‘never walk alone’ as hundreds attend his funeral 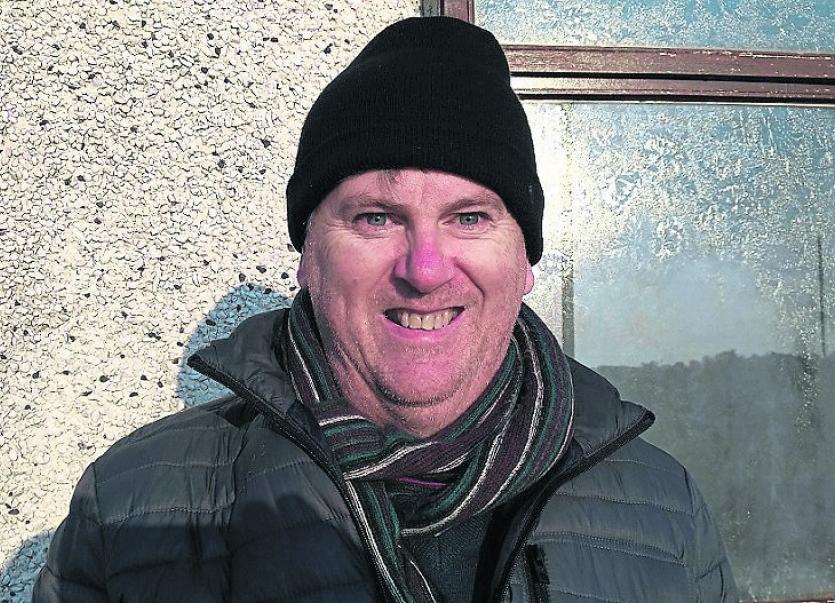 To the strains of ‘You’ll Never Walk Alone’ the late Paul ‘Feet’ Murrin’s remains were brought  from the the Church of St Joseph and St Conal, Bruckless yesterday morning to his final place of rest in the adjoining cemetery.

More than 600 people were there as one with his family to remember and celebrate the life of a man, who at 55 years of age, has left us far too soon, but left us with wonderful memories, memories which principal celebrant at his Requiem Mass, Fr Rory Brady, PP, Bruckless, said should be treasured in the times ahead.

The song’s familiar tune and its lyrics were hugely appropriate, an unofficial anthem in its own right, it  is a favourite of fans of Celtic Football Club, and Paul was very much one of those.

However, the song’s lyrics mirrored comments in the homily delivered by Fr  Brady, who earlier had told mourners how important it is now to support Paul’s family in the time ahead: “This is a time when the support and prayers of the parish community are still so important. Just as when Paul was in hospital or back at home, many friends and neighbours came to support Paul and Caroline and the family.

“It is important to continue to support Paul’s family in the time ahead – through a visit, or a phone call, or even a prayer when Paul or they come to mind.” 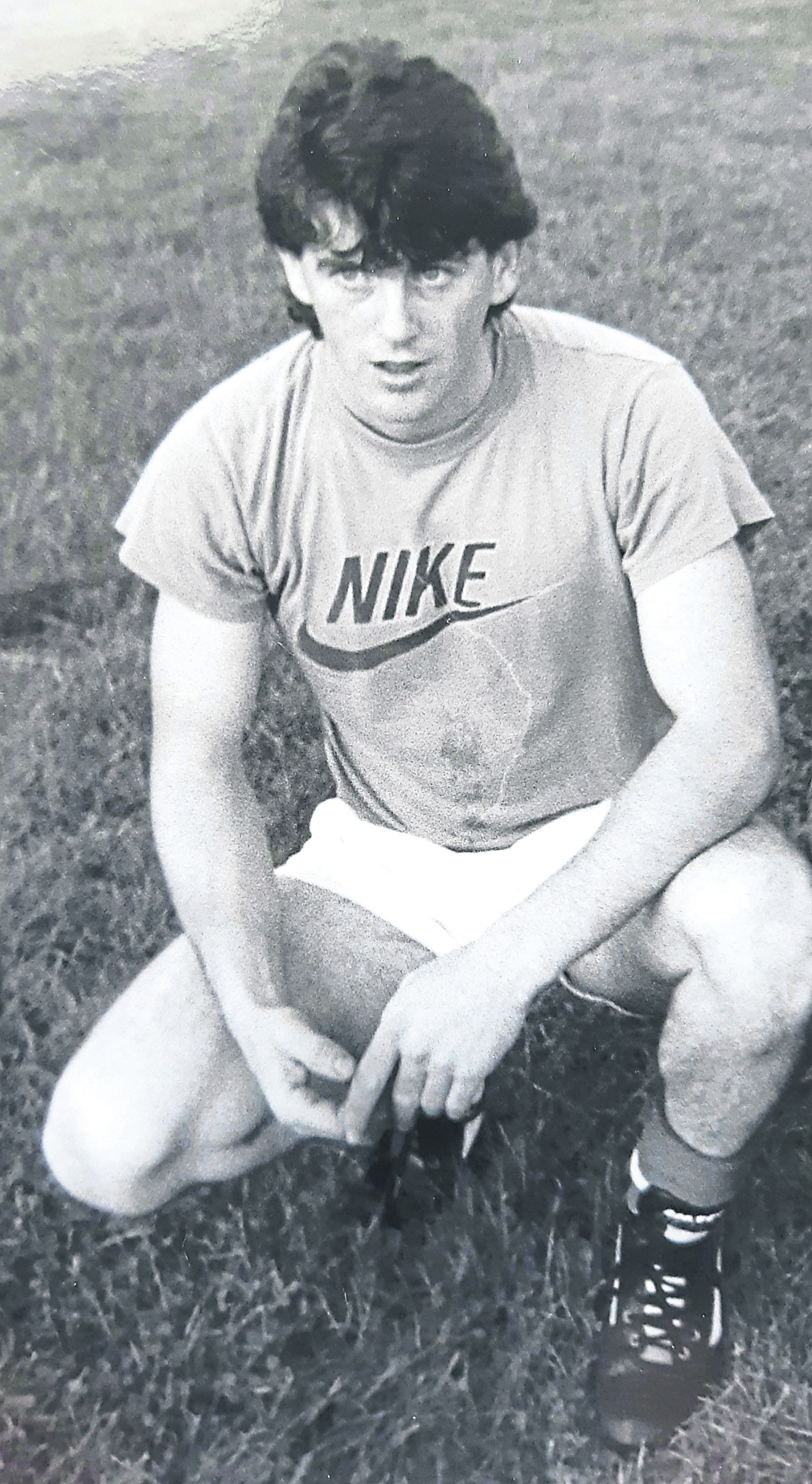 Paul 'Feet' Murrin in his heyday - Fr Rory Brady in his homily spoke about Paul's sporting prowess: “As much as he enjoyed watching matches, he got much enjoyment in playing football, which he was very talented at. Many stories and events were recalled in recent days in recognition of his sporting talents.”

Fr Brady told mourners how Paul’s  recent passing last Saturday around 3 o’clock, came  as a great shock and sadness to many people, not just his own family, but the many people, friends and neighbours, those who knew him through his sporting achievements and his work colleagues.

“At one level, there is the sadness at losing one who was loved very much. Yet there is also a certain relief and acceptance for those close to him for an ending of his earthly suffering,” he said.

Fr Brady said: “Importantly too for Paul’s family, you each will have your own special memories of him. Treasure these, and practice the good that Paul did as this will help keep him close to you in the time ahead. What Jesus said to His disciples as we heard in the Gospel, He says to you as well, ‘Do not let your hearts be troubled. Trust in God still, and trust in me. There are many rooms in my Father’s house; if there were not, I should have told you. I am going now to prepare a place for you, and after I have gone and prepared you a place, I shall return to take you with me; so that where I am you may be too.’

“We come into this world to live, to live life to the full.

“Yet, strange as it may seem, Jesus came into this world to die for us. Jesus has opened the gates of Heaven for us. Being human, we are called to choose.

“So, God desires we respond fully to this great gift of eternal life He offers us. We do this in living as His disciples in everyday situations, even in the joys and sorrows that life can bring. Jesus is communicating to us in various ways; especially at a time like this, at the passing of Paul Murrin: someone who we thought had many more years to live.

“Paul Murrin’s death is a reminder that we are called by Christ to be His witnesses in the world, no matter what walk of life we are called to. We do this by loving God and our neighbour, not just in our words but by our actions as well.

“We are reminded that we are all pilgrims on our earthly journey and that our true home is in Heaven. God’s desire for us is that we will come to experience the home in Heaven. This is our prayer for Paul as well.”

During the Mass special mementoes illustrating aspects of  Paul’s life and passions were brought forward, a net and a needle reflecting his work in the net-making industry, several football jerseys, a pack of playing cards (he was a master at 25) and a picture of the Murrin family, always so close to his heart.

A member of a very well-known Conlin Road, Killybegs family, the name of Paul 'Feet' Murrin was known the length and breadth of Donegal through his exploits on soccer and GAA fields.

He was a member of the St Catherine's Club for many, many years with the Emerald Park soccer field just yards from his home. He was a gifted soccer player and also played for Donegal Town and Dunkineely Celtic. When he went to live in Dunkineely from 2002, he was involved with Dunkineely Celtic and was manager of their team only a few short years ago.

He was also an extremely good forward on Killybegs GAA teams, winning championships with the very successful side in the 1990s.

Fr Brady alluded to his love of football when he stated: “3 o’clock was a significant time for Paul at the weekend as often he would gather with family and friends to watch a football match on TV. This might be followed by a ‘good healthy’ take away from Baskins, and maybe depending on who was playing; watch another match at 5.30.

“As much as he enjoyed watching matches, he got much enjoyment in playing football, which he was very talented at. Many stories and events were recalled in recent days in recognition of his sporting talents. Today we thank God for the gifts, talents, the wife and family, even the gift of faith that Paul had.”

Predeceased by his father John (Johnny 40), sister Mary, Paul is survived by his wife Caroline, daughter, Kim, sons, Paul and Darragh, sisters, Anne, Teresa and Grainne; brothers, Jim and John, mother, Peg. Sympathy is extended to them, to his extended family, friends, neighbours and work colleagues.