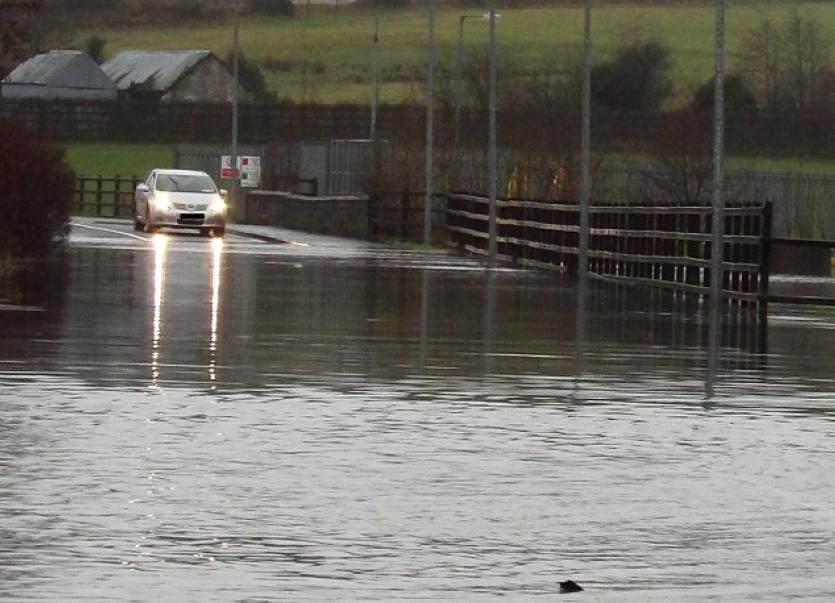 Widespread flooding is likely across many parts of Donegal in the coming days.

Met Éireann has issued a status yellow wind and rain warning for County Donegal, and there is still a lot more rain to come.

Donegal County Council has activated its Severe Weather Assessment Team. Officials are continuing to monitor the evolving situation and all Council resources are at a heightened state of readiness in response to this period of unsettled weather.

A spokesperson for Donegal County Council said: “The weather forecasts suggest that there will be a sustained period of rainfall over the weekend and into next week.

“As a result of this ongoing rainfall, and taken in the context of already elevated river levels and saturated ground conditions, there remains a strong likelihood of flooding across the county over the next number of days.”

The European Flood Awareness Service (EFAS) has also indicated that there is a very high probability of flooding occurring in and around the River Foyle catchment. This would indicate that the towns of Ballybofey / Stranorlar, Lifford, Castlefinn and St. Johnston are  most at risk, especially late Saturday and into Sunday.

The Donegal County Council spokesperson said: “Given the likely wide-spread nature of flooding that may occur, and the limitations on Council resources to respond to all possible locations, the Council is asking the properties owners / occupiers in areas susceptible to surface water flooding, to take proactive measures themselves including erecting flood barriers / sandbags to protect their properties.”

For emergencies requiring the assistance of the Fire Service call 999 or 112.

People can keep up to date on conditions by signing up for free phone alerts by registering at www.mapalerter.com/donegal or by following Donegal County Council on Facebook @Donegalcoco or on Twitter @DonegalCouncil.