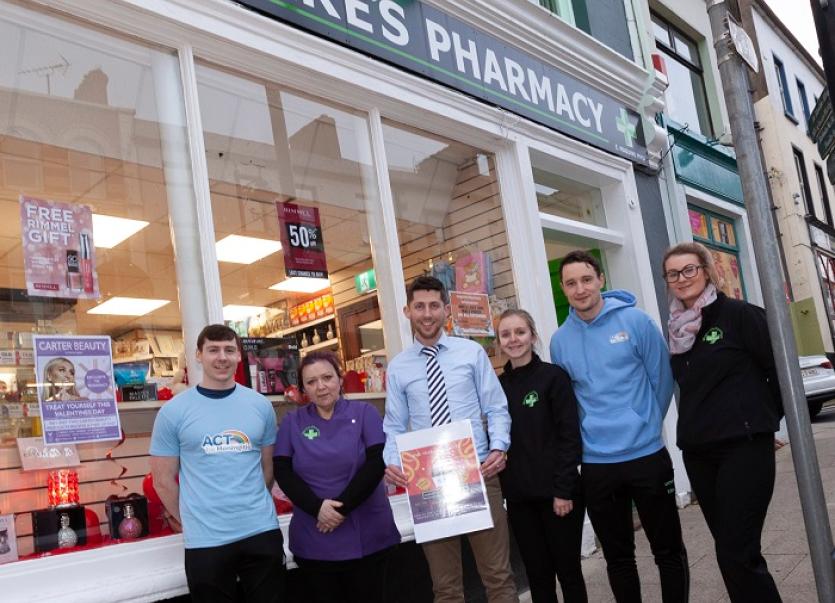 A special coffee morning will be held in Ballyshannon this Saturday to raise awareness and funds for ACT for Meningitis.

The event takes place at Maguire's Pharmacy on the Main Street.

It takes place from 10am to 1pm and recently had the support of two well known Donegal GAA players Jamie Brennan from nearby Bundoran and Eoin McHugh from Kilcar.

Eoin McHugh is also an ambassador, having contracted the illness a number of years ago.

ACT for Meningitis is a charity which aims to raise awareness and educate society about the signs and symptoms of meningitis while offering free support services in Ireland  to those affected by the disease.Our support service is tailored to the needs of the individual /family to find the most appropriate and beneficial service for them.

A special raffle will also be held on the day.

PHOTO CAPTION: Eoghan Maguire (centre), owner of Maguires Pharmacy Ballyshannon pictured with Donegal players Jamie Brennan and Eoin Mc Hugh at the launch of Meningitis day to coincide with the launch of their loyalty scheme on 29th February to raise funds and also to celebrate ONE year in business.