Cutting of hedgerows, burning or gorse and other vegetation in Donegal prohibited from tomorrow

Order made to allow birds to undertake their breeding cycle 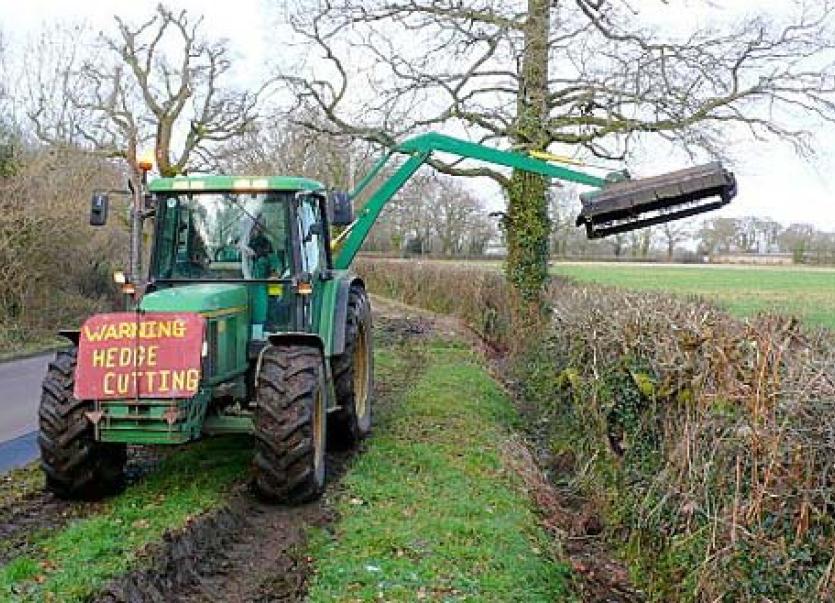 The cutting of hedgerows is banned from tomorrow, Sunday

BirdWatch Ireland wishes to remind the Donegal public that, under the Wildlife Act 1976, as amended, it is prohibited to cut, burn or otherwise destroy vegetation not then cultivated from tomorrow, Sunday, March 1 and August 31, except in the case of any of the derogations permitted under the Wildlife Act.

This means that the cutting of hedgerows and the burning or gorse and other vegetation are prohibited during this period.

The restrictions on the destruction of vegetation are in place in order to allow birds to undertake their breeding cycle, a time when they are most vulnerable.

All wild birds are protected under national and EU law, especially during the period when they are breeding. This period starts when birds seek out and establish territories, find a mate, begin nest-building and then lay eggs and rear their chicks.

There have been calls from some elected officials for hedge-cutting to be allowed in March.

"We reject this call, on the basis that it is reckless and goes against the calls of many in the farming circles for recognition of hedgerows as important habitats on farms for wildlife and carbon sequestration.

"In addition, we stress that hedge-cutting is already fully permitted in cases of bona fide road safety concerns," a spokesman said.