Sad passing of much loved Donegal mother of five 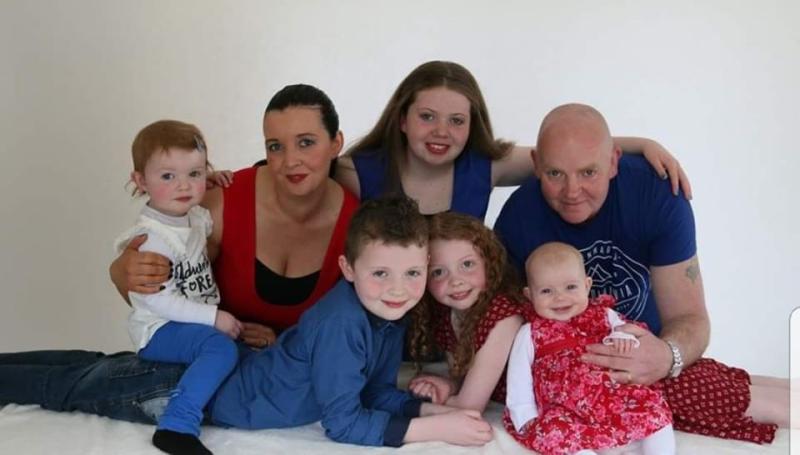 The late Sonya Hamilton McCloskey, second from left with her family

The communities in the Twin Towns and St Johnston are today still trying to come to terms with the news of the sad passing of 36-year-old Sonya Hamilton McCloskey.

She died in the early hours of Monday morning at the Donegal Hospice, Letterkenny following a major battle with cancer.

She was the focus of a major fundraising campaign called 'Sonya's Struggle' in which communities from all over Donegal helped raise money for treatments over the past two years.

She is survived by her husband, Michael and five young children, Jasmaine, Rihanna, Kailin, Sorcha and Miyah; parents Leslie and Noreen, brothers, David and Richard and sister, Lorraine.

Her remains will repose at their home at Corgary, Ballybofey from tomorrow, Tuesday, March 3, from 11am.

Funeral leaving her home on Wednesday, March 4, at 2pm for Prayer Service in St. Mary’s Church, Sessiaghoneill, Ballybofey, at 2.30pm. Interment afterwards in the adjoining churchyard.

Donations in lieu of flowers please, if so desired, to the Donegal Hospice, care of any family member.