Donegal students through to SEAI One Good Idea national final 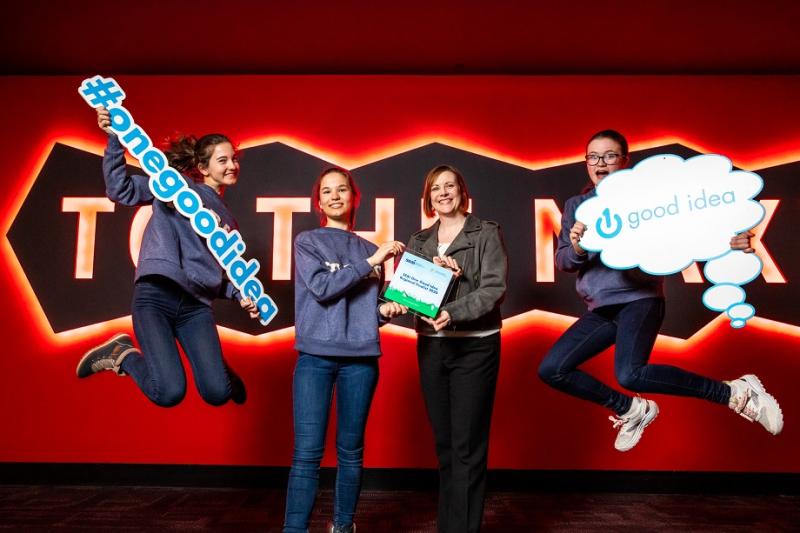 Pupils from Loreto Secondary School in Letterkenny, are through to the national final of the Sustainable Energy Authority of Ireland (SEAI) One Good Idea competition to encourage climate action following their success at the regional finals at Omniplex Cinema Cork.

The SEAI One Good Idea competition encourages students, their families and communities to take individual and collective responsibility for tackling climate change.

Pupils created a one-minute film and campaign to inspire people to save energy and reduce CO2 emissions in an effort to address climate change. At the regional final, students showcased their film on the big screen and presented their campaign to a panel of judges.

‘Re-Bag’, from Loreto Secondary School, was named the junior winner in the post primary school category for their project aimed at reducing waste and single use plastic bags by making their own reusable shopping bags from old material and curtains. Their message is to Reduce, Reuse and Recycle.

They will now go on to compete against the other regional winners in the National Final on Thursday, April 23 in Omniplex cinema Rathmines, Dublin.

Congratulating all participants, Emer Barry, programme executive with SEAI, said it was fantastic to see the passion and enthusiasm these students have shown in promoting a better, more sustainable future.

"SEAI One Good Idea empowers young people and encourages leadership. It gives them a chance to have their voice heard in the vital national conversation we are having around climate change and the Government’s Climate Action Plan.

"All those involved have encouraged their classmates, teachers, families and communities to make positive changes an achievement they can all be proud of. I also thank the many teachers who helped their students in this important campaign. Young people learn by example, and you are setting a great example for our younger generations.

"The standard of projects this year was exceptional, and I am looking forward to seeing the all the regional winners showcase their work in the national final in April,” she said.

As part of SEAI’s One Good Idea competition, pupils learn important skills in communication, film-making and creating real change at a community level. This year, over 180 campaigns were developed by young people all over Ireland. In the last decade, over one and a half million people in Ireland have been reached by the projects put together by 7,500 inspiring schoolchildren.

For more information on the SEAI One Good Idea Competition visit, www.seai.ie.