REVEALED: Rainfall in February was highest ever recorded at one Donegal monitoring station 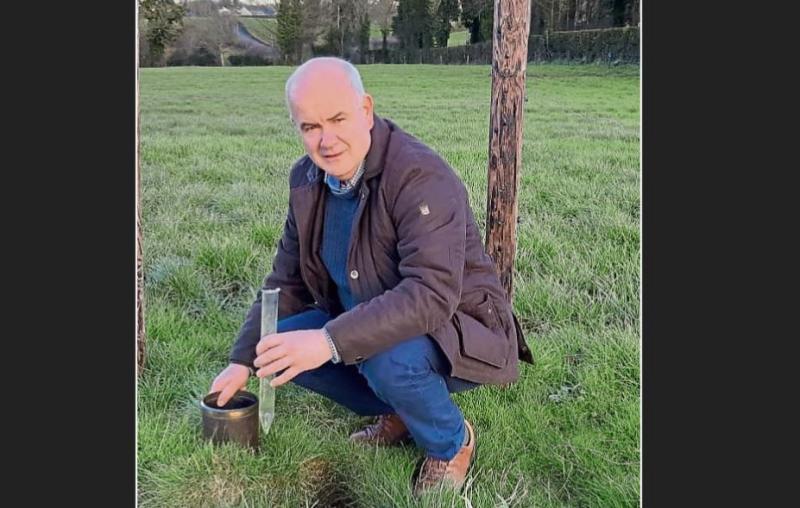 Rainfall in parts of Donegal hit record levels in February - and were more than three times higher than average for the month in some areas.

And the day that sodden voters went to cast their vote in the general election was one of the wettest days ever recorded in the county.

According to data collected by Killygordon farmer Patrick Kelly on behalf of Met Éireann, February was a wash-out.

“I’ve been officially recording figures for Met Éireann for 21 years, and that was the wettest month I have ever had,” he said.

One of a network of individuals around the country who collects rainfall readings on a voluntary basis and supplies the data to Met Éireann, he recorded a total rainfall of 293.9mm in Killygordon in a month that had only 29 days.

“It was exceptionally wet,” he noted, adding that his Finn Valley rainfall figure was three times more than the average February rainfall of 84mm. “It was absolutely off the scale,” he remarked.
“It rained on 26 of the 29 days last month here.”

The wettest day was Saturday, February 8, as voters went to the polls in the general election.

The rainfall that day was 45.7mm - more than half the average figure for the entire month!
Commenting on the figures, he said that the first week of the month wasn’t too bad but “it really took off on the day of the election.

“It was absolutely torrential that day and it rained every single day after that.”

Ireland West Airport in Co. Mayo actually recorded the highest rainfall in The country for the whole month on polling day. A total of 51. 5mm was recorded - 50% of its monthly long term average.
In Dublin, the rainfall measured at the Phoenix Park was the highest for February since records began in 1850.

But the rainfall there, 133mm, was less than half what was recorded in Killygordon.
He pointed out that the levels were high all over Donegal - although there can be considerable variations from one part of the county to another.

He noted that the figure for Finner in the south of the county stood at 263.2mm for the month while Malin Head recorded 210.4mm.

The latter was the highest rainfall figure for Ireland’s most northerly weather monitoring station since records began there, also in 1850. Rainfall was also more than three times the level of 2019.

So, the Finn Valley was very much on top of the rainfall charts.
“It seems to be the case that it is getting wetter and warmer,” he said.

While there has been quite extensive flooding in the Finn Valley, the River Finn “empties very quickly” and it is very different to the River Shannon,” he noted.

The tidal nature of the River Foyle means that there is nowhere near the flooding issues experienced in the Shannon catchment area.

Last August was the wettest month he had recorded in 21 years, so now there have been two records in a short space of time.

He records the amount of rainfall on his farm twice a day, in the morning and in the evening. February is statistically the coldest month in Donegal, but this year temperatures were above normal.
Unfortunately, the outlook is hardly encouraging with more rain forecast across Donegal for the coming days.