Band will perform in front of crowds of 125,000 people 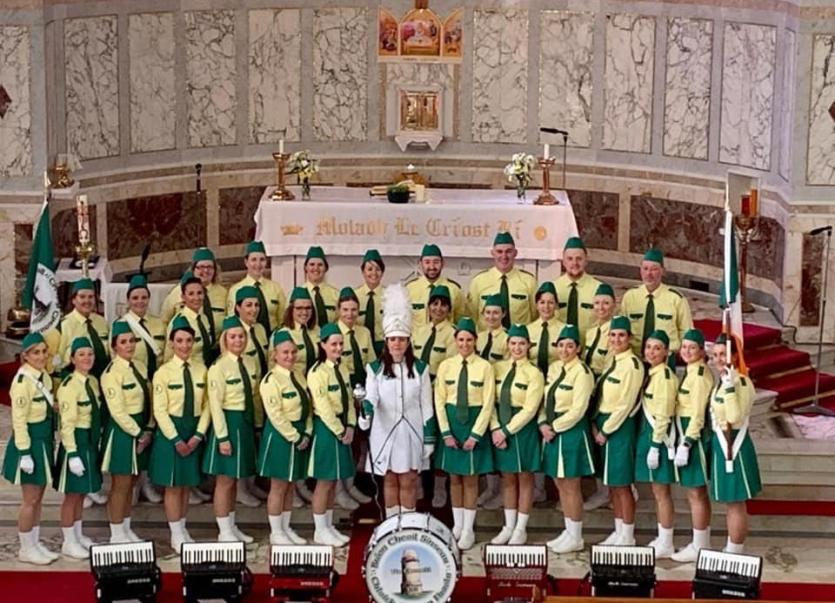 In all, 30 band members will march in the parade, marking a wonderful occasion for band members young and old.

Leader of the band Marion Mc Cready said: “I’m proud to lead the band for the first time ever through London representing the parish of Cloughaneely.”

The band received the invitation in April 2019 from The Donegal Association in London to be part of the 2020 parade.

London’s parade will take place on March 15 over 2.5kms, commencing at Hyde Park Corner passing through some of London’s iconic landmarks and finishing at Trafalgar Square.

This will be a fantastic opportunity for the band to represent the parish of Cloich Cheann Fhaola at international level and perform to crowds of approximately 125,000.

Chairperson of the band, Teresa Lynch said: “It is a fantastic honour and privilege for Buíon Cheoil Sinsear Chloich Cheann Fhaola to be selected to take part in London’s St Patrick’s Day parade this year.

“Our members have shown great dedication together with their instructors to perfect their London performance. With a great selection of jigs, reels, marches, showtunes and a few Donegal songs I’ve no doubt that the Irish Diaspora in London will truly enjoy our performance on the day.

Since October, band members have been practising every week and have prepared a new music and marching routine for the St. Patricks Day trip. This includes a mixture of their Fleadh programme with newer popular show tunes and traditional favourites such as “The town I love so well” and ‘’Hills of Donegal”.  The band will be putting the finishing touches to this routine at their last practice in Ionad Naomh Fionnán on Sunday, March 8.

The band will fly out from Derry Airport to London on Friday, March 13 and they will stay in the Clayton Crowne Cricklewood. They travel home on Monday, March 16 in time for their local celebrations, beginning in Gortahork where they will be playing during mass and after, then onto lead the Dunfanaghy St. Patrick’s Day. They will finish off the celebrations with a visit to the Community Nursing Home, and ending the day with the Falcarragh parade.

The community of Cloughaneely thank the band for the great success and joy they brought to the parish over the last three years. They also wish them ‘Ádh Mór oraibh uilig’ and a safe and memorable trip to London.