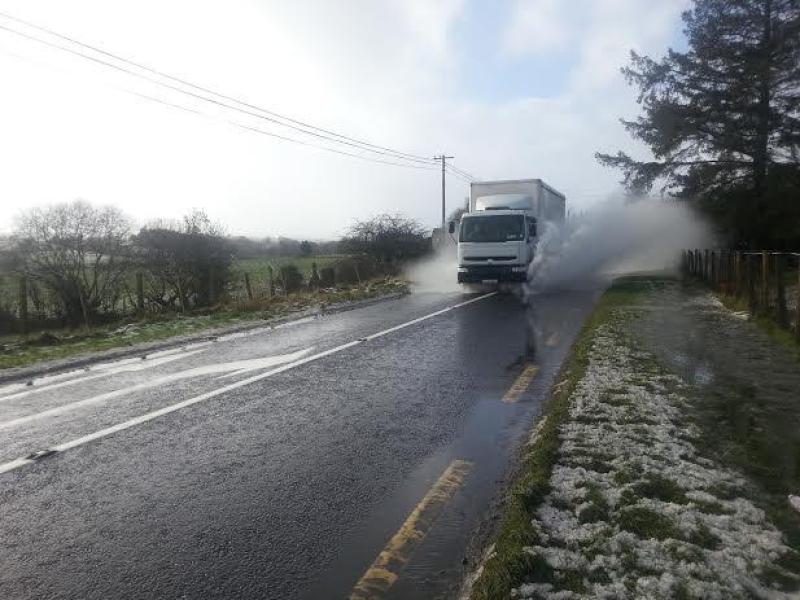 Flooding on a stretch of road between Castlefinn and Liscooley

Roads in the Finn Valley are falling apart because of the heavy downpours of rain in recent weeks.

Another member, Cllr Gary Doherty claimed the amount of water that fell and was retained at various locations all over the Finn Valley presented a serious issue on the national primary road between Stranorlar and Lifford.

“There were huge floods out on the road between Stranorlar and Killygordon; there's always that point at Dunnions' between Castlefinn and Liscooley as well as many other points along the road. It's a real hazard and we need to source funding from Transport Infrastructure Ireland (TII) and they in turn need to work with the council to fix matters.”

He added many drivers from outside the locality did not know the danger spots.

“If you are not local you are either swerving to avoid it or caught up in it with the car going everywhere," he said.

Cllr McGowan highlighted flooding issues along the back road between Navenny and Crossroads.

“It was in the dip of a road. You could have gone into it before you would even see it.

“The roads are literally falling apart because there's been so much rain. There's no comparison with the kind of rain we get to the rest of Ireland.”

He added years ago overseers would call with landowners, farmers and householders and talk to them about stopping water running out onto the road but that wasn't happening anymore.

“Even some of the roads we've tarred over the last ten years are being destroyed by all the water we're getting. It's time we fixed these things once and for all,” he said.