Pump station in the middle of resort not adequately finished, he says

Nobody could have missed the extensive construction works taking near the Bradóg river in Bundoran as the new water treatment plant was built and opened in recent times.

Locals put up with it on the basis that it would improve the water content flowing into the sea at Donegal Bay for generations to come.

But a local county councillor, is now unhappy with the final condition that Irish Water has left it in. Indeed, he has branded it a "disgrace".

Two pump stations were created, one within metres of the town's Tourism office at the Promenade and the other in the west end of the town. The main treatment plant is located at the Ross and is just off the Bundoran N15 bypass.

It is the pump station in the centre of town, that has upset Sinn Féin councillor Michael McMahon.

The site was where the town's old handball alley had been situated for the best part of a century. Plans by a number of enthusiastic locals to bring it back to life were scuppered, when the plan was dismissed by the then local council, on the basis that land was now required, as part of the treatment plant.

It is the only part of the beautiful coastline that is directly parallel to the town's main street. 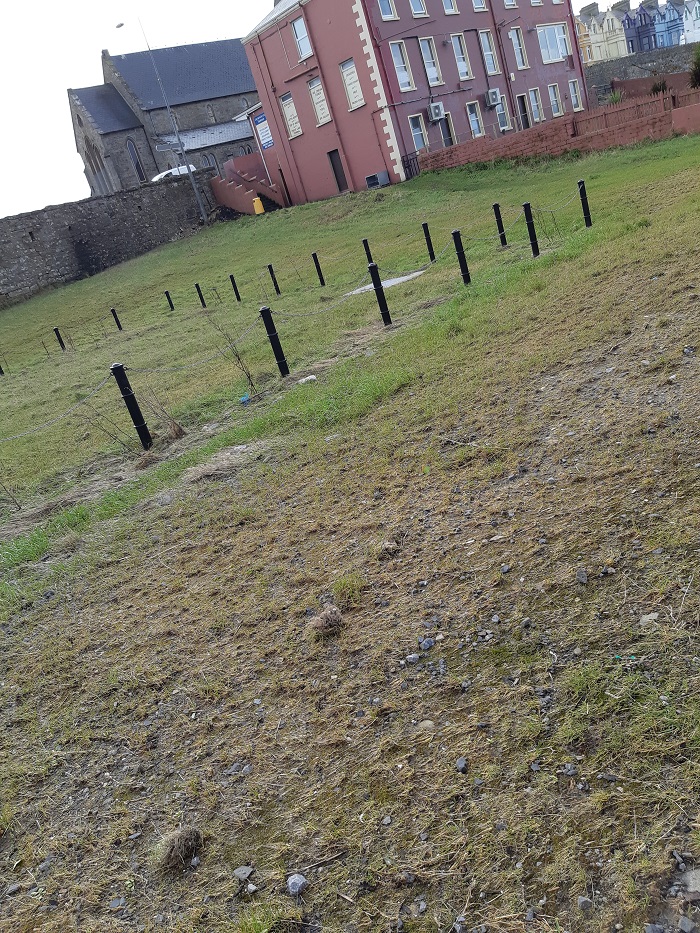 AND WALKWAY ARE LOCATED

"I am once again calling on Irish Water to make right the greenway at the tourist office Bundoran. They were contractually obliged to leave it as they found it, having failed in doing this, the area as now become an eyesore.

"Also the walkway surrounding the green has been blocked for months and needs to be re-tarred. This is one of the many scenic areas of Bundoran and the condition Irish Water has left it in is disgraceful."