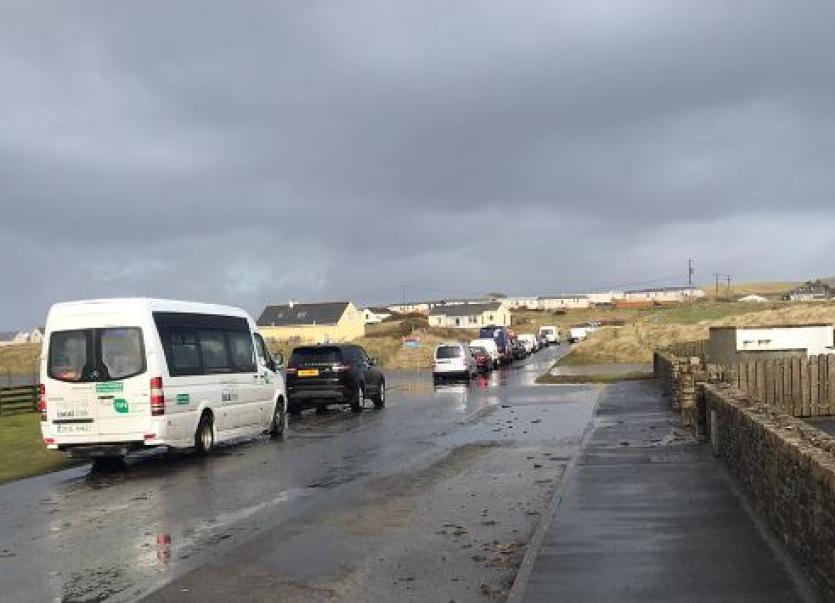 Traffic being rerouted through Rossnowlagh

Considerable delays and backlogs have been reported as morning rush hour traffic was diverted via Rossnowlagh due to a fatal collision on the Donegal Town to Ballyshannon Road.

It was reported that an overturned lorry had blocked the Rossnowlagh to Ballintra section of the detour, but this has since been cleared. However, the huge volume of vehicles combined with narrow roads and flooding meant that traffic ground to a complete standstill.

Meanwhile, Gardaí are investigating a fatal traffic collision that occurred on the N15 in Laheen, Ballyshannon at approximately 11.30pm on Tuesday.

A 28 year-old male driver was pronounced dead at the scene following a collision between two cars. The female driver of the other car, aged 60, was taken to Sligo University Hospital with serious injuries. Three other passengers were also taken to hospital but only as a precautionary measure.

A nearby car suffered material damage from the collision, but no injuries were caused to the occupants.

Investigating Gardaí are appealing for witnesses and are particularly appealing to those with camera footage (including dash cam) who were in the area around 11.30pm to make this available to them. Anyone who can assist with this investigation is asked to contact Ballyshannon Garda Station 071 9858530 or the Garda Confidential Line 1800 666 111.