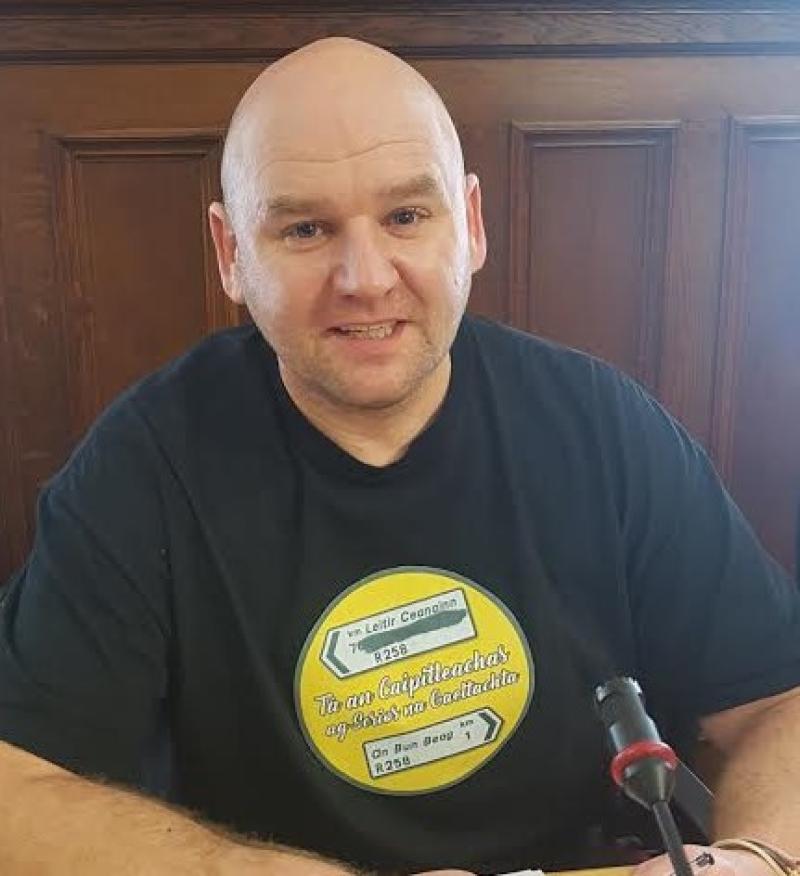 Users of the Irish language were being discriminated against by virtue of the fact no translation services were available at Donegal County Council's Strategic Policy Committee (SPC) meetings, it was claimed this week.

The issue arose atthe recent Housing and Corporate SPC meeting in Lifford when, speaking in Irish, Cllr Donal Coyle reminded members that as they were currently celebrating Seachtain na Gaeilge, he wondered whether it was possible to introduce translation services for SPC meetings.

He added he felt this would be beneficial to those who did not have Irish while allowing those who did to use it at meetings.
Cllr Micheal Choilm Mac Giolla Easbuig also addressed the meeting in his native tongue.

He has consistently campaigned for more use of the language in the day to day affairs of the council since he was first elected. He said this current situation was not good for the council's image.

He seconded the proposal adding he had been on the housing SPC for the past five years where, he claimed, Irish was not respected and he wasn't prepared to do another five "being ignored and dismissed".

He added he felt the users of the language were being discriminated against.

"I want the council to show some respect and provide a translator so that the important questions I am raising and the issues I am challenging on behalf of my constituents is being heard and respected," he said.

Director of Housing, Corporate and Cultural Services, Joe Peoples, said at present translation services were only provided for the plenary (full) council meetings and the municipal district meeting in Glenties and that had been council policy for some time.

He said if the members wanted them to look at having translation services available for every committee meeting of council then that can be considered.

He suggested it should first be discussed at the Corporate Policy Group - the body charged with linking the work of the various SPCS and providing a forum where policy decisions affecting the whole council could be agreed for submission to the full council - regarding the practicalities.

Committee chairman, Cllr Bernard McGuinness, said he had absolutely no problem with having such a translation service at their meeting.

Cllr Gerry McMonagle said this was now a directive from the committee to have a translation service for those who wanted it, adding it would also be very helpful for those who did not have such a command of the language to help them understand what others using Irish were saying.