Eleven new gardaí for Donegal to help with coronavirus outbreak

80 new recruits sent to the North-West 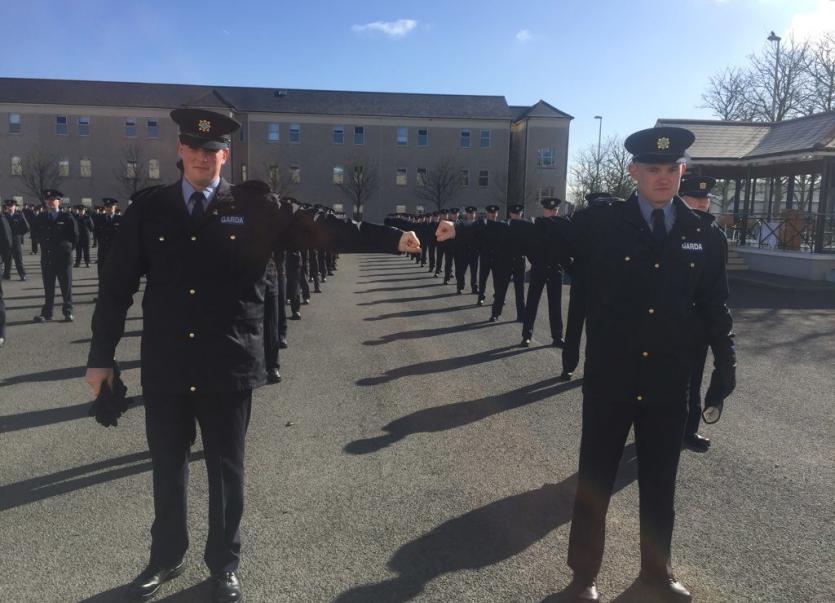 Eleven new gardaí recruits have been sent to Donegal this week

Donegal is to get 11 new gardaí as hundreds of new recruits were sworn in last Friday as an emergency measure to help battle the coronavirus.

The number of gardaí, excluding civilian staff, has now increased by 500 since the start of the year.
Hundreds of other recruits training at the Garda College in Templemore, Co Tipperary, were given a crash course in arrests and public order policing and were sworn in over the past week.

Many of the new gardaí received reduced training in an effort to get as many new feet on the beat amid fears the force could be hit hard by the virus.

Garda Commissioner Drew Harris said: “Today is a historic day for An Garda Síochána and sees the organisation reach its highest numbers of sworn members since the foundation of the State.

“The new gardaí are part of An Garda Síochána’s range of measures to maximise our operational availability and support other vital public services in responding to the evolving Covid-19 situation.”

The new officers are being sent to stations in cities and towns right across the country to beef up existing divisions in the force.

Dublin will get 65 gardaí, the eastern region another 94, while 80 are being assigned to the south and a further 80 to the North-West, 11 of these going to this county, a spokesman for An Garda Siochana confirmed today.