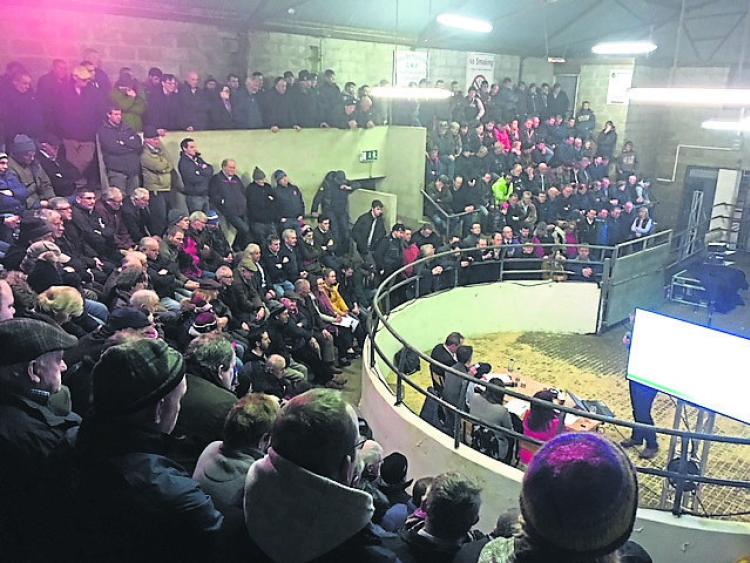 Marts will be allowed to handle livestock trading in a limited way, it has been confirmed this morning.

This will alleviate the current economic burden on farmers seeking to trade animals and will also ensure that calves can be bought and sold within the now peak calving season.

The new measures will follow strict procedures and marts will not be open for auctions or public visitation.

The news follows an intense series of discussions between the Irish Cooperative Organisation Society and the Department of Agriculture, Food and The Marine.

The marts will liaise with buyers and sellers and will match potential buyers of specific livestock to relevant sellers.

ICOS Livestock and Environment Executive Ray Doyle said, “ICOS thanks the Government for the understanding it has demonstrated of the specific needs of our farmers at this time.  While it is accepted that mart closures form an important element in the fight against COVID-19 in our communities, it is reasonable that a form of trading can still continue on the proposed restricted basis and this is also directly in the interests of animal welfare.

"The more that we can keep some element of economic activity ongoing in our rural communities then the more likely it will be that they will be able to recover their livelihoods in the aftermath of the current emergency.”

Mr. Doyle outlined that, under the terms of the new arrangements, each mart will be required to prepare an Operating Protocol which will be subject to approval by the Department of Agriculture.

He said the procedures which had been proposed by ICOS would typically include marts using their databases to match sellers with potential buyers according to the type, weight, breed of animals for sale, and ideally agreeing a price per kilo prior to a sale being finalised.

A delivery time to the mart would then also be agreed, including weighing into the Animal Identification and Movement system and the use of drop boxes for all relevant documentation.  Only mart staff would handle the animals. The buyer and seller would not have contact with each other, but each would be able to observe the weighing data and the buyer would be able to view the animals from a distance prior to finalising the sale which would be completed electronically.

Full sanitisation protocols will also be effected and no members of the public and no visitors will be permitted next nor near the mart premises at any time.

Deaths in Donegal on October 23