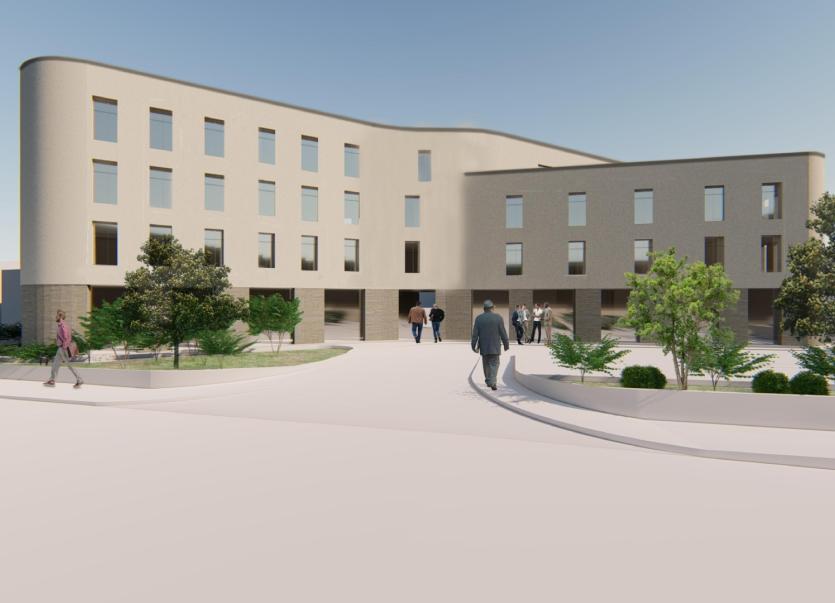 Planning permission has been granted for a boutique hotel for Ballyshannon, subject to 21 conditions.

The 40-room hotel will be located on Assaroe Road on a site owned by the McCosker family.

Applicants say the hotel will serve the growing number of tourists on the Wild Atlantic Way, and that this hotel is badly needed to accommodate tourists in Ballyshannon.

The application was made by Ballyshannon-based I Maloney and Sons to demolish the old cinema and Maggie’s pub and restaurant.The three and four-story building would include 45 car parking spaces.

The company making the application is owned by the McCosker family who own Ballyshannon Service Station and Centra shop and deli.

Despite Ballyshannon's many cultural and heritage attractions many tourists do not stop in town but move on to stay in either Donegal Town or Bundoran, the application states.

“Ballyshannon is underprovided in hotel choice and cannot serve the potential demand that there is because of this and the related knock-on shops and cafes a successful throughput of visitors would bring,” the statement said.

It claimed Ballyshannon had the potential to be the Kinsale of the north and the successful granting of the application would be a boost to the town in light of the very low level of investment over recent years.

Architect Michael Cullinan said the hotel would also address the negative effects of the recent bypass.

“Ballyshannon was bypassed and this has had an impact on the town’s economy and on local employment and on tourism,” he said.

“The new hotel will encourage tourists to come and visit and see the town’s many fine historic cultural buildings. The building is three-storey and part four-storey high and has a commanding view of the river and Donegal Bay.

“It has been designed to take advantage of this prominent location and the facade will have a local stone from Mountcharles and a landscaped garden at the front that will make a welcoming entrance feature for the hotel guests. We believe the proposal is deserving of the support from the local business community and from the county council."

Ballyshannon Business Chamber welcomed the news, with a spokesperson saying: "It's a true saying that 'there's light at the end of the tunnel' as great news received today for our wee town that the McCosker family have been granted planning permission for their Boutique Hotel subject to observations.

“Good luck & well done to Rossa , Eleanor and all involved.”

The application remains open to a possible appeal to An Bord Pleanala.