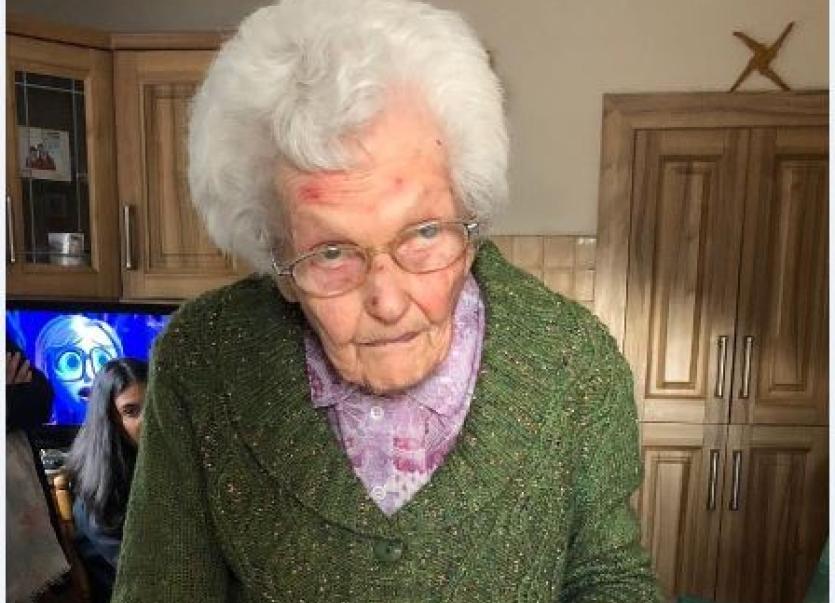 Today (Thursday) is a special day in the townland of Bavin in Kilcar as Nora Shovlin celebrates her 100th birthday and joins a long list of centenarians from the small parish.
She becomes the 17th centenarian from the parish in the last 26 years - a remarkable statistic which surely can't be matched anywhere in Ireland.
The latest edition to the ‘100 Club’ was born Nora McBrearty on April 9, 1920 and she has lived her entire life in the same dwelling in Bavin, where her mother, Bridget and herself ran a small shop after the death of her father John McBrearty (stonemason) in the late 1920s.
There were two other older family members, brothers Jim and John, both now deceased.
Nora married Peter Shovlin from Crowkeeragh, Kilcar on October 23, 1945 and she continued to work along with her mother in the country shop, which she maintained until her later years. Nora enjoyed her time in the shop, especially meeting the customers.
Unfortunately, celebrations of the milestone will have to be put on hold because of the coronavirus. But there will be plans to mark the occasion when things get back to normal.
The arrival of Covid-19 has little worry for the centenarian, who says the only disappointing outcome is that she is forced to miss attending daily Mass in St Cartha's Church, Kilcar.

Nora is pictured with the Dr Maguire cup at in 2017 after Kilcar’s victory in the county final. Included are Nora’s daughter Geraldine; son-in-law Paddy Sweeney; her grandsons Barry and Stephen Shovlin and Mark Sweeney; grand-daughter Marie Sweeney as well as the other Bavin players on the winning Kilcar team Eoin, Mark and Ryan McHugh and Darragh O’Donnell

Always very healthy, Nora had a real love for the outdoors, whether that be walking or her favourite pastime, gardening. Her longevity may also be attributable to her healthy eating and never drinking or smoking. Even now she still maintains a daily routine of walking in the driveway outside her home.
Her family are close by with her daughter Geraldine and son-in-law Paddy living with her and son Hugh and daughter-in-law Elizabeth next door. The grandchildren and great grandchildren will be to the fore when celebrations can take place later.
But for today there will be a quiet celebration in Bavin to mark the special occasion as Nora Shovlin becomes the latest member of the ‘Kilcar 100 Club’.