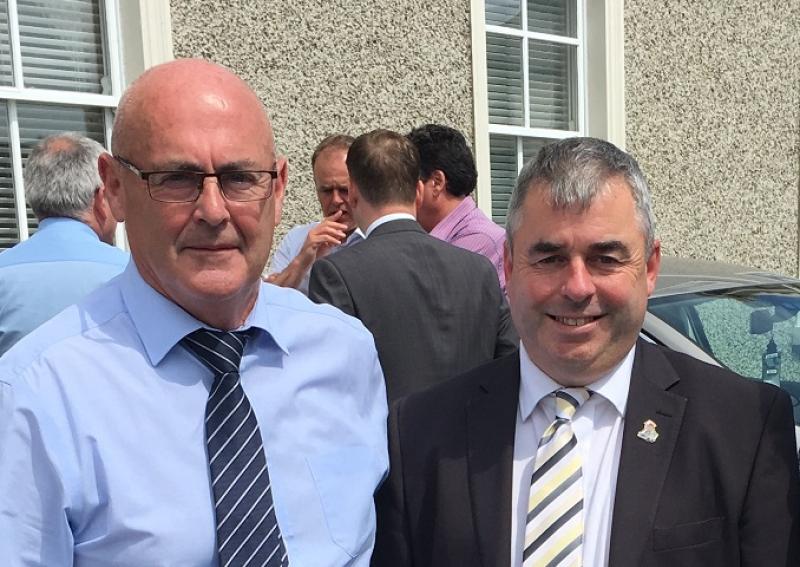 Donegal County Council were allocated approximately €160,000 from the OPW for minor flood works which  included the construction of a sump behind AlDI store where a mobile pump would be located in the event that the storm waters could not discharge into the river as normal because of high river levels, in addition permission was sought to clear away any trees, bushes or other vegetation that could weaken the river banks itself.

Funding was also allocated to spot dredge the river at three locations , behind Jackson's Hotel, Stranorlar bridge and at Dreenan bridge where a lot of stones and silt had gathered over the years and were judged to be adding to the flooding locally.

Donegal County Council were working closely with them Loughs agency, OPW and the Ballybofey Stranorlar floods committee etc and had employed consultants  to prepare a method statement on how the works would be carried out.
This work is ongoing  from the time of the big floods in 2015.

Cllr McGowan said he has spoken to John McLaughlin and other senior staff in the Council this week and was informed that the Council is evaluating the report from the Bord and working on an appeal.
He said: "I am very disappointed to say the least after all the hard work , time and effort everyone put into getting this application ready

"There was very good cooperation with all agency’s in the County and I hope for everyone sake that this decision  can be reversed and or revisited .
"The only thing not mentioned in the report was the possible impact on the possibility of lives being lost or the cost to businesses in the two towns after all this was minor works and designed to have very little impact on the river itself , the Japanese knock weed in the effected areas  has been sprayed over the last 3/4 years by a registered contractor employed by the Council and TII in preparation for this work.

"The area where the storm water sump is planed to be located is beside ALDI shop and has no Japanese knock weed.

"The Council and OPW are preparing major flood  prevention CFRAMS schemes across the County in Lifford, Castlefin, Ballybofey Stranorlar, Buncrana ect worth tens of millions and I would be very concerned that If all Government agency’s are not part of working together we will be waiting decades to get any major flood prevention works started and I am referring to an Bord Planala in particular when I say all Agency’s working together.

It will take the full Government - OPW grant now to prepare an appeal to the Bord with little or nothing left to carry out the work if we ever get that far said, Cllr McGowan.