Appeal for witnesses into weekend incidents 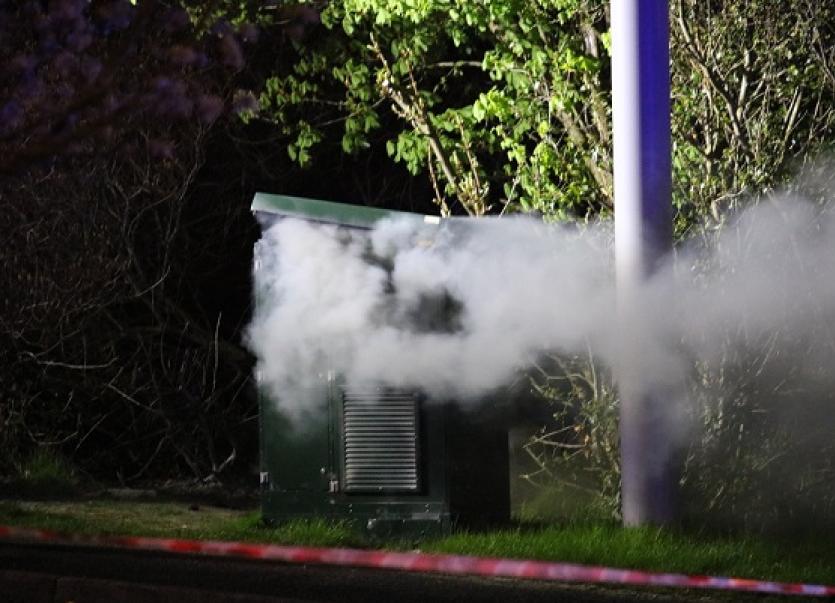 The fire at the telecommunications mast at Dr McGinley Road on Sunday night PICTURE: STEPHEN DOHERTY

Gardaí investigating fires at two telecommunications masts in Letterkenny at the weekend say the culprits could have been planning the incidents for several days.

It has emerged that those responsible used coal to set fire to the communication boxes.

Gardaí have appealed for help from the public and given the manner in which the fires were started, they are hoping someone may have seen suspicious behaviour in the hours or days beforehand.

The masts, which are yet to be activated, are located at Dr McGinley Road and at Long Lane in Letterkenny.

They were set ablaze on Sunday night and the fires were quickly brought under control by local fire crews.

Forensic examinations were carried out on Monday and this morning, Gardaí have appealed for information as they continue their investigations.

Garda Eunan Walsh said the Gardai were alerted to the two fires at approximately 9.10pm on Sunday. 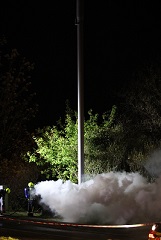 “We have established now that both fires were started deliberately,” he told Highland Radio's 'Nine til Noon' show.

“We are appealing for witnesses. Anyone who was in the area between 8.45pm and 9.10pm on Sunday night or who witnessed anything that may help with our inquiries are asked to contact us at Letterkenny Garda Station.”

He added: “We do know that a substantial amount of coal was used in both fires to set fire to the  cabinets.

“So there was some work obviously involved in this, carrying coal maybe from a car or a van or from the roadside. This part of the job may have happened hours beforehand or even days beforehand so maybe people should bear that in mind when they are thinking about things that may have happened at the time.”