Sadness at the death of well known Donegal solicitor 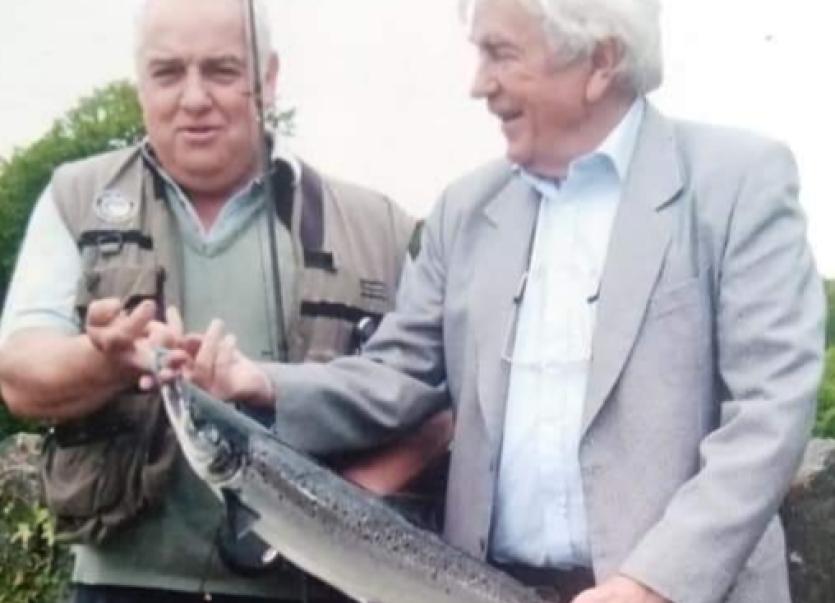 The late Paudge Dorrian receiveing the first fish caught on the Crana, 2013 or 2014

Now another good friend and fishing pal has passed away this week, the late Paudge Dorrian.

It doesn’t seem that long ago since I wrote about the loss of another friend, the late Derek Smith.

I first came on Paudge around the mid-1970s. He was fishing sea trout late one night. (He loved night fishing for the seatrout.) At that time, I was fishing salmon in another way.

Over the following years, Paudge, along with a few others, worked at me to put down the corks, and finally I went on to the rod. I mind he give me a book in the 1980s, ‘Salmon Fishing’ by Hugh Falkus. Paudge knew Falkus also as Falkus used to fish around Paudge’s hometown of Ballyshannon.

The book changed my way of fishing salmon, and I haven't look back since.

Paudge’s knowledge of all the rivers and sea loughs around Donegal, was second to none, The reason was, when he was at the courts from Ballyshannon, Glenties, Donegal Town, Letterkenny, Buncrana, and so forth, he would go fishing after the court.

For me, I was very lucky, Paudge would tell me and others where it was fishing good and not so good. He stopped fishing around two years ago, so I used to go up house on many occasions, to hear the stories.

There wasn't a water he never put a rod over. He was a very knowledgeable man, not just as a solicitor, but as great fisherman. He always said, never stop youngsters from fishing, even if they don't have permit or licence, as they are the future.

I saw him myself giving away rods and gear on numerous occasions to youngsters.

As you know, you are not allowed to sell a rod caught salmon, so instead Paudge would contribute a large amount to local charities.