'We are powered by our volunteers, our players and our coaches'

Inishowen’s GAA clubs in the time of coronavirus. In the summer of 2015, Gaelscéalaí Inis Eoghain provided a snapshot of Inishowen’s 8 clubs, from Naomh Colmcille (Newtown) to Malin and all points in between: Burt, Buncrana, Urris, Carndonagh, Moville and Naomh Padraig Uisce Chaoin. Over the next 4 weeks, Gaelscéalaí will be highlighting how the same clubs are meeting the challenges of the ongoing Covid-19 pandemic and, more importantly, their plans for the future. This week: Burt GAA. 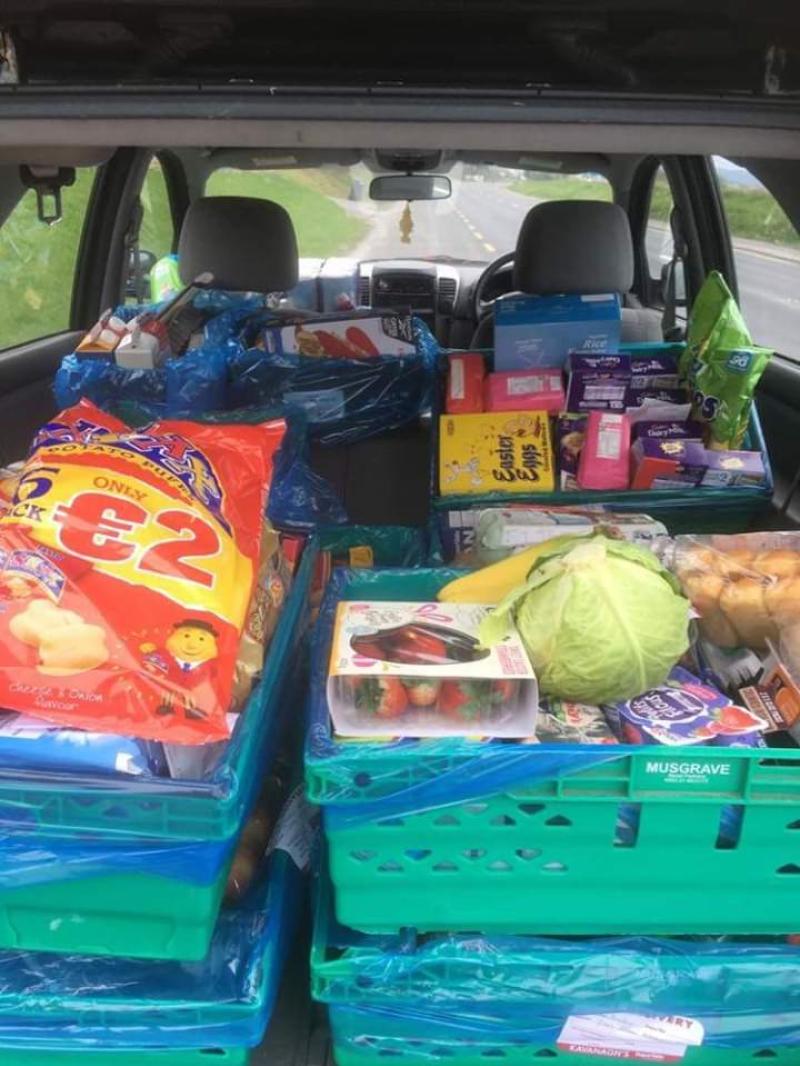 The walls of the CLG Beart clubhouse are replete with black and white photographs of its sporting legends, hurlers and footballers.

Outside, the grandchildren of these heroes of yesteryear stand on the Hibernian Park touchlines, cheering on their own grandchildren, week in, week out.

Five years ago, CLG Beart coaching officer, Rory grant said CLG Beart was one of the oldest clubs in Ulster.

He acknowledged: “We have built on the excellent foundations laid down by families like the Dowd’s and McLaughlin’s.

“We are powered by our volunteers, our players and our coaches. However, what will sustain CLG Beart into the future is the nice blend of traditional and new GAA families in Fahan, Inch and Burt.” 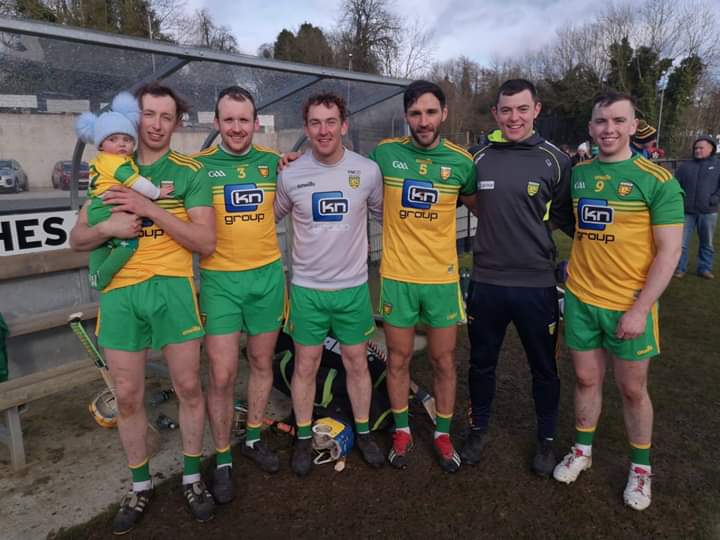 Speaking to Gaelscéalaí this week, Catriona Sweeney, CLG Beart, Club Secretary said as soon as the scale of the coronavirus situation became clear, the club contacted all its members through its ‘Health and Wellbeing’ committee.

Catriona revealed: “CLG Beart had just been accepted unto the ‘Healthy Club Programme’ earlier in the year, a GAA initiative aimed at promoting mental and physical wellbeing. We were one of the 150 clubs accepted. Every club in the country and throughout the world, can apply. There are a couple of international clubs involved too.

“Buncrana participated in the programme a couple of years ago. It was one of the first clubs in Inishowen to get involved.

“The ‘Healthy Club Programme’ takes an holistic approach to the club member, not just the player, so you are looking after everyone in the club. Your players’ physical and mental wellbeing is as important as their match performance.

“We had planned two events for March and April, which have now been postponed, in relation to the programme. One was a talk highlighting the dangers of energy drinks to our underage kids and players. The other was a Jigsaw session for coaches, to help identify issues with players around mental health,” said Catriona. 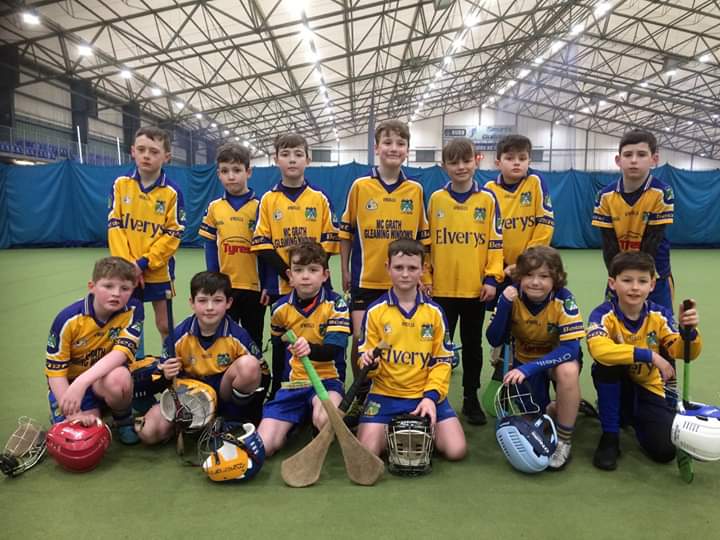 CLG Beart U11s at a tournament in Meadowbank, County Derry.

However, CLG Beart’s Health and Wellbeing Committee remains active, with more than 80 people involved and available to help in the local community if needed.

Catriona said the club is also making full use of social media during the lockdown.

She said: “We are flat out posting wee quizzes and physical challenges, skills challenges, to try and keep in contact with our membership, when they are not physically able to come down to the pitch.

“Donegal County Council and the GAA have now co-ordinated and are involved in the Community Support Helpline: 1800 928 982 with a range of partner agencies. All our members have now been Garda vetted and issued with a letter to show if they are stopped when they are out and about volunteering.

“CLG Beart is also going for our Glór na nGael, Fondúireacht Sheosaimh Mhic Dhonncha Silver. We achieved our Bronze Award in December past. So, there are eight additional criteria that a club can do online in relation to that award.

“One of these is online Irish language workshops, which is why we are posting so much material highlighting Irish on Beart CLG’s Facebook page, including short video clips from our club members using their Irish. We are definitely going to keep that going, as well as getting children to do we challenges as well. We re also going to get a few Irish challenges put up. We are trying to get an Irish group going through Zoom, to see if we can get a beginners’ class going,” said Catriona. 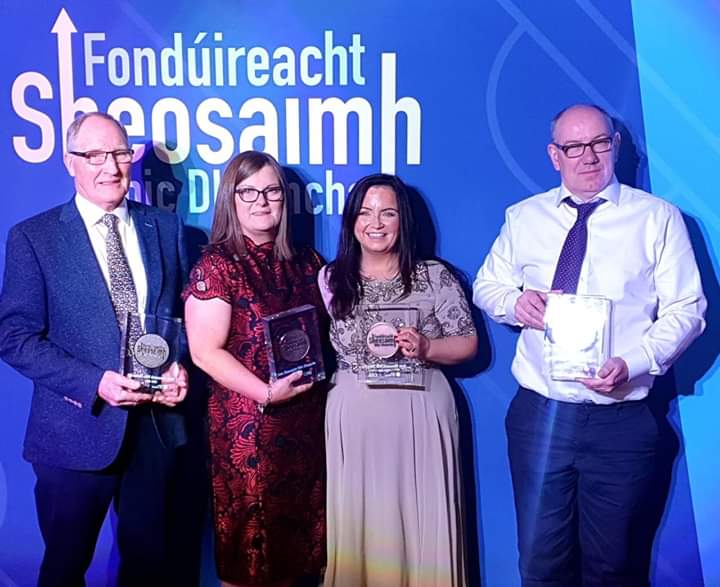 CLG Beart is currently also in the middle of completing its ‘Club Maith’ application, an Ulster Governance Programme.

Hailing from Armagh and now living in Inch, Catriona is steeped in GAA tradition and said football was close to her “full time job” it is such a big part of her life.

Laughing, Catriona said: “We actually had 1,400 people watching throughout the evening. It was really good. We had Michael Murphy and Micky McCann taking part. It went really well. We are hoping to do another one of those.

“We are also maybe looking to do the live Rosary events as well maybe getting a wee prayer group online. And we are doing quizzes online too, anything to take peoples’ minds from the lockdown.

“We were also hopefully going to do wee biographies of the teams and the executive and get all that information up on our Facebook page.

“The club is also very much involved in Glór Inis Eoghain [an Irish language advocacy group, promoting Gaeilge in Inishowen.] Caroline [McLaughlin] is co-ordinating that through Carndonagh. Caroline is their Cultural Officer. This is another criterion for Fondúireacht Sheosaimh Mhic Dhonncha. I am delighted to say all eight GAA clubs in Inishowen are involved in Glór Inis Eoghain. We are all working together,” said Catriona, who did not realise there was so much happening in CLG Beart until she started chatting to Gaelscéalaí Inis Eoghain.