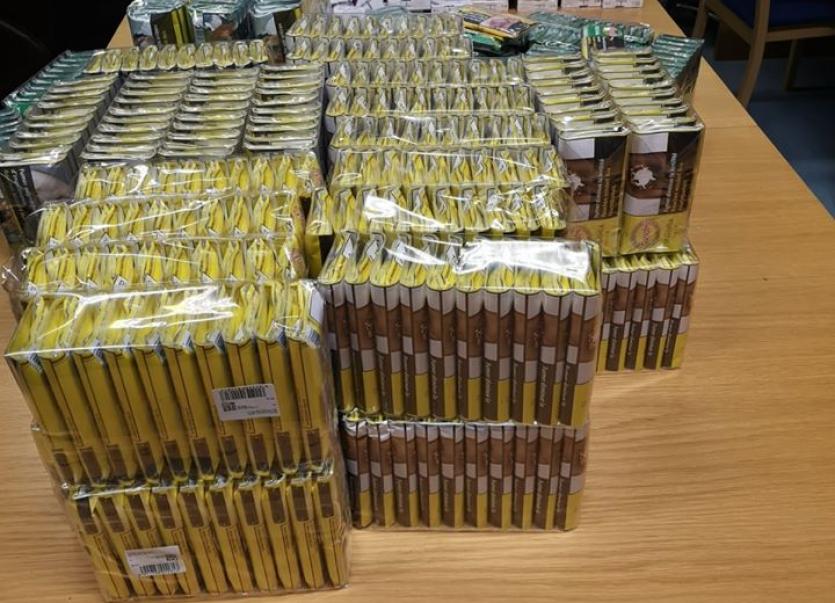 At approximately 8pm on Friday 8th May 2020, Gardaí from Ballyshannon Garda Station assisted by members of the Armed Support Unit carried out a number of searches in the Ernedale Heights area of Ballyshannon.

During the course of these searches, approximately 60,000 counterfeit cigarettes along with several kilograms of other tobacco products (with a combined estimated value of approximately €40,000) were seized.

Counterfeit clothing with an estimated value of €3,500 was also seized by Gardaí.

No arrests have been made. An Garda Síochána are liaising with Revenue and a joint investigation is underway.