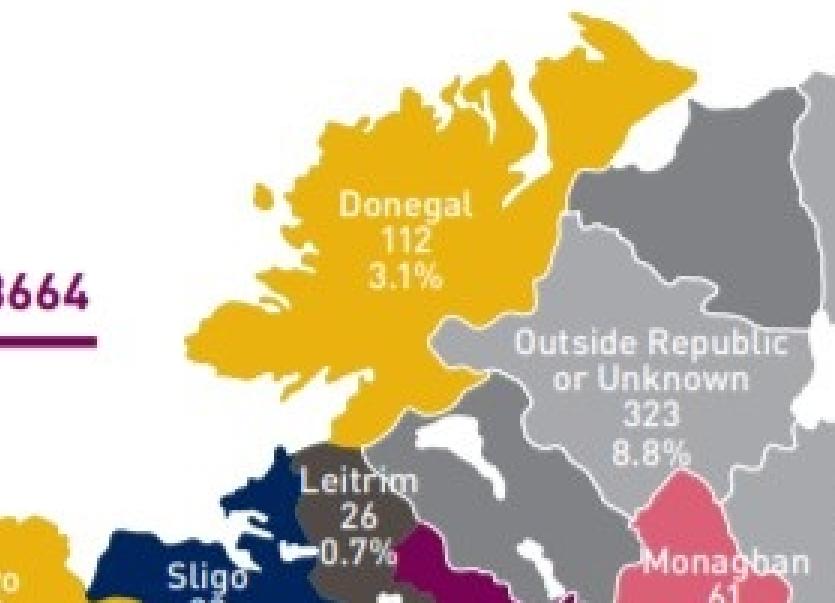 A woman attending Letterkenny University Hospital for a surgical procedure did not go ahead with it after she became aware that documentation concerning a different patient was in her file, it has emerged.
This was one of the cases highlighted in the Ombudsman’s annual report which was published this week.
In another case, a woman was charged late penalties of €3,900 by Donegal County Council despite trying to pay a Non-Principal Private Residence charge on time.
In total, there were 112 Donegal related complaints registered with the Ombudsman in 2019. 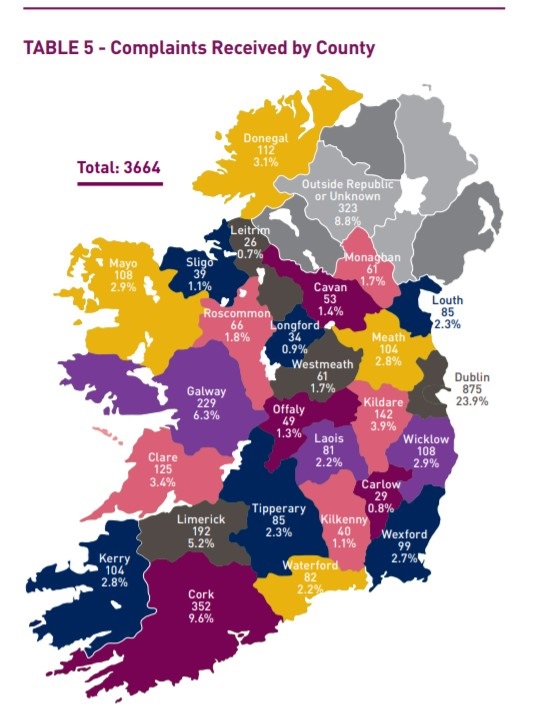 Nationally, Donegal ranked seventh in terms of the number of complaints made to the Ombudsman.
Details of a number of Donegal complaints to the Ombudsman have been published in its latest report.
In one case a woman referred to as Deirdre complained to the Ombudsman after a doctor at Letterkenny University Hospital discussed her medical history with her but she realised it was not hers.

She then discovered a letter on her file belonging to a different patient but with the same name as hers.
Deirdre had attended the hospital for a surgical procedure but she cancelled the procedure after the mistakes.
She complained to the hospital but was unhappy with how it responded to her complaint.

The doctor had quoted the wrong medical history as he had read it from another patient’s record, which was misfiled on Deirdre’s medical chart.
A ‘General Incident/Near Miss form’ which should have been completed immediately after the incident was not completed until after Deirdre had complained to the hospital. In addition the details on the form were not entirely accurate.
There was also some confusion around the ‘pre-assessment’ prior to Deirdre’s attendance at the Day Services department for her surgical procedure.

The HSE said that the ‘pre assessment’ form was not signed by Deirdre as the pre-assessment was conducted over the phone, which is normal practice.
The Office of the General Manager of the hospital apologised to Deirdre for the distress she had suffered.
In order to avoid a similar incident occurring the hospital:
- delivered refresher training to hospital staff on the correct filing of documents in medical record charts;
- reviewed its policies in relation to medical records management;
- and will be delivering training on the policies to staff.
The Ombudsman will be following up with the hospital in mid-2020.

Property tax
Meanwhile, a man named in the report as Tom complained to the Ombudsman when his elderly mother was charged €3,900 for late payment of the Non-Principal Private Residence (NPPR) charge for her property for the years 2009 and 2010.
Tom’s mother had paid the charges for the property for 2011, 2012 and 2013 on time, and she had tried to pay the 2009 and 2010 charges at the time but Donegal County Council did not accept her payment.
The outstanding NPPR bill was only discovered by Tom when he contacted the Council in 2018 to sell some of the land the properties were on.

He believed that his mother’s NPPR charges had been paid in full and on time. It was unclear why she would not have paid the charges as she had paid every other year on time and her other properties had been fully paid every year.
Tom’s mother contacted the Council in 2009 as there was confusion in relation to whether a duplicate payment had been made for the same property.
She had also written to the Council in 2010 and again in 2011 seeking clarification on what was owed so payment could be made.
In 2010 she sent the Council a cheque for €600 which was returned saying the properties could not be found.
Generally, late payment penalties are levied in respect of a person who is actively trying to evade payment of a tax.
In this case it was clear that Tom’s mother was liable for the NPPR charges for 2009 and 2010.
However, the application of a late payment fee was unfair as there were documented attempts to pay the charges and advice from the Council not to register the property.

Under section 76 of the Local Government Reform Act 2014, local authorities have discretion to reduce late payment liabilities.
The Ombudsman asked Donegal County Council to apply its discretion in this case.
It agreed to accept the NPPR payment for 2009 and 2010 (€400) and disregard the late penalties of €3,500.

Complaints
Forty-two of the 112 Donegal complaints received by the Ombudsman related to Donegal County Council.
Of those complaints, six were upheld while assistance was provided in one other case.
Following adjudication, 15 complaints were not upheld, a further three were withdrawn or discontinued, while nine were discontinued prematurely.
A final complaint was said to be outside the remit of the council.
The counties that had more complaints made included Dublin (875), Cork (352), Galway (229), Limerick (192) and Kildare (142).
Clare registered 125 complaints with Donegal next in line.