McHugh looks at the quack in Donald this week 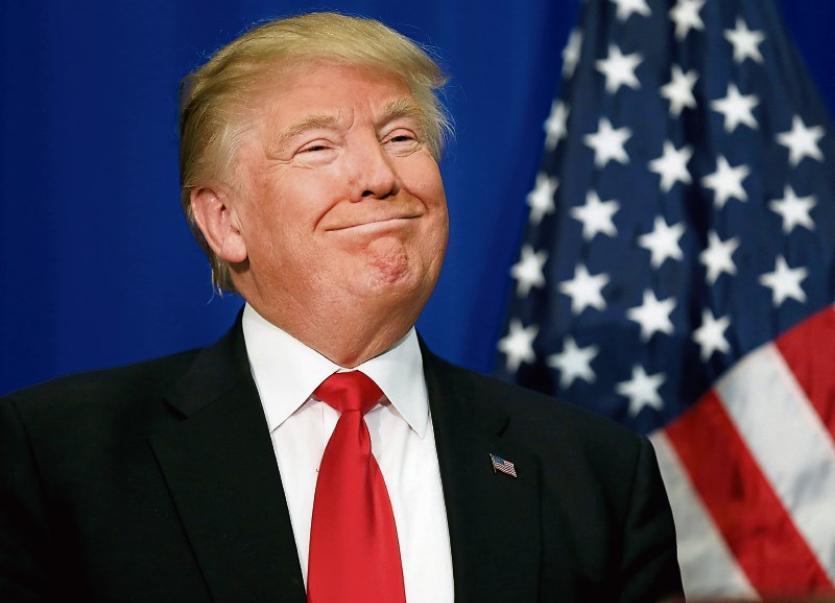 So we are now in Phase One of what I presume will be many phases before the year nudges into the third decade of the 21st century.
But what will this pan out and do we really have any clue how soon we can get to grips with it?
There were a few late charges on what did happen yesterday that not everybody was happy with.
Home stores that thought they were reopening yesterday but  got mothballed again at the eleventh hour.
Hardware stores are now open and hurray for that!
And if your hardware store also sells homeware products, you are on the winning horse.
And talking of our equine friends, I wonder how did horse racing get approval to start up again on June 8, the second phase after a sudden promotion from phase three, which would not have seen the industry operate until June 29, albeit behind closed doors.
The decision seems more interesting when taken in the context that greyhound racing will remain shut until the end of June.
It is however the Sport of Kings. Horses for courses, no doubt!
However the fact that further waves of the virus will be an ever present danger is a much bigger worry, that whether horses are running or the German Bundesliga is back in action . . .
The sobering analysis from the Secretary General at the Department of Health, Jim Breslin, yesterday that the virus could last for years is reality check that we all need.
“This acute phase of this crisis will definitely be measured in months and most probably in years, rather than days. The threat from this virus will be a reality for the forseeable future,” he said.
Slightly different to some of the messages we are hearing from on other sides of the pond.

Exposing the quack in Donald
As much as you try and avoid the television reality show that is Donald Trump, telling the world that he is taking anti malaria tablets to prevent him getting Covid-19 brings back memories about these guys travelling through towns and populations in the Wild West, hawking off products to the natives by the notorious quack doctors.
Who would have thought that the story would have ended up, with a modern twist, in the White House.
And the very people that he claims to represent are being hurt the most.
I recently saw close up, one of those letters that were sent to families in the US beginning last month, with the pandemic 'cheque' or 'direct deposit'.
With a White House letterhead, it stated 'Your Economic Impact payment has arrived'.
What struck me the most was what stood out on the page and that was the signature of Boss himself.
You could not have made it more obvious, if you tried.
With a Presidential election looming in November, it was an interesting read.
Hard earned dollars simply being returned to the hard working people of that great country.
Dressed up with bunting and a nice presentation package.
In the absence of real leadership we have a game of blame, smoke and mirrors and diversionary tactics that the world's greatest magicians would be proud of.
Unfortunately, the Covid-19 pandemic is something that will not simply disappear with oration, ranting, blaming, pontification or sleight of hand.
Science is not something that can be cast aside for political expediency.

D for diplomacy and dedication has been replaced by D for Donald.
“I've heard a lot of good stories,” he declared.
Obviously it wasn't from the fake press or medical experts!