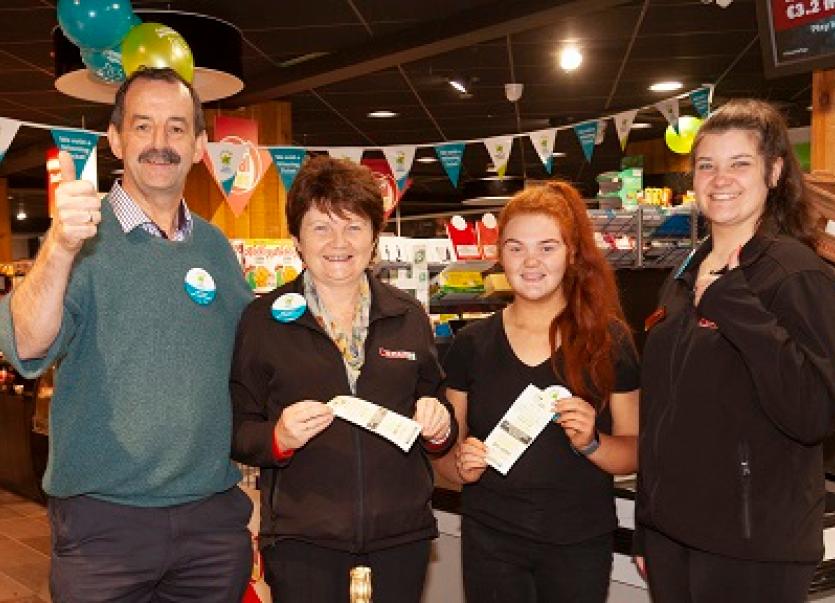 Another lucky win at McGowan's

A shop in the north Leitrim village of Kinlough, with a history of selling winning National Lottery tickets, has continued its winning streak after it sold a ticket worth €96,007 on last night’s Lotto draw (Saturday, May 23).

A lucky Leitrim Lotto player bought the winning ticket at McGowan’s Spar store on the Main Street in Kinlough, Co. Leitrim. This player matched five numbers and the bonus ball, falling just one number shy of the €3,272,322 Lotto jackpot.

McGowan’s Spar sold a Lotto jackpot winning ticket worth €11,179,627 back in August 2016, which was claimed by a Leitrim syndicate. More recently, last September, a Daily Million ticket worth €1,000,000 was purchased at the lucky Leitrim store.

Speaking on selling yet another winning National Lottery ticket, Noel McGowan, owner of Spar in Kinlough said: “We’re absolutely delighted to have sold another big winner. It’s an incredible run of luck we’re having as we’ve had a major winner every year since 2015 with the exception of 2017. Fingers crossed the lucky streak continues for a long time. Best of luck to whoever the winner is.”

Since 2006, the lucky Spar store has amassed National Lottery top prize winning tickets to the value of over €13 million.

The National Lottery is now asking its Lotto players in Kinlough and wider Leitrim areas to check their Lotto tickets to see if they have won this tidy sum of money.

A National Lottery spokesperson said: “It’s a great bit of news for the town of Kinlough and for Noel McGowan and his staff. The shop has a reputation for being a lucky Lottery shop and this latest win adds more weight to this status.

"So we are encouraging all our Lotto players in Kinlough and nearby Leitrim areas to please do check your tickets to see if you’ve won this prize and if you have contact our prize claims team on 1800 666 222 or email claims@lottery.ie and we will make arrangements for you to collect your prize, once COVID-19 restrictions are lifted.”

The National Lottery has reminded players that it has extended the period of time that lucky winners can collect prizes to encourage people to stay at home and not require them to make any unnecessary journeys during the current public health emergency.