OBITUARY: John McNelis, Malinmore - a man admired by so many 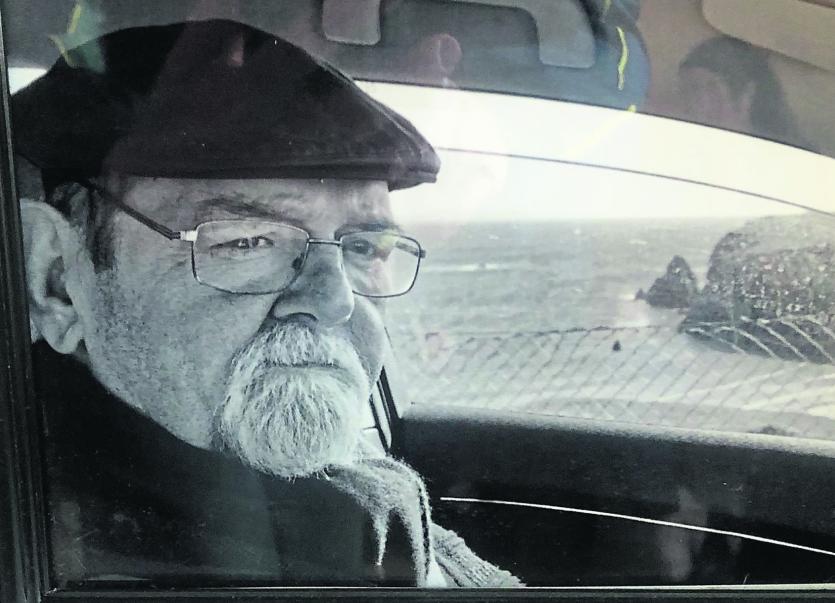 The recent sad news of the loss of Malinmore’s John McNelis was received with shock by all who knew him.
He was a gifted producer of knitwear and led the family business founded by his mother Mary during the recession and oil strikes in the early 1970’s.
Like many Donegal families, Johnny was born into a home that produced woollen and linen handcrafts when these cottage industries were the mainstay to supplement the family income.
Johnny was an expert handloom knitter but long before that he developed a love for working with wool from his mother in the family home and was able to handknit complete garments from an early age.
Aged 66, and from Malinmore in Glencolmcille, he passed away peacefully (non-Covid 19) on May 20 at his home in the wonderful care of his family.
In accordance with Covid-19 regulations the neighbours lined the roads as his remains were taken to Cashel where the funeral Mass was celebrated by Fr Eddie Gallagher and Fr Francis McAteer PP. 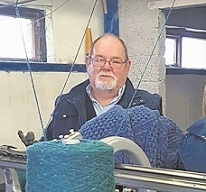 The requiem Mass was streamed live from Glencolmcille’s St Columba’s Church, and burial took place in the adjoining cemetery.
In a tribute to her brother from the altar, Sarah spoke eloquently of how Johnny was destined to lead the knitwear business that their mother Mary, had set up to create employment for her family and the area. Johnny took over the management of the company in the early seventies with his own unique diplomatic and jovial style that was admired and appreciated by everyone who worked there over the 50 plus years of his service.

Difficult
Like every business at that time, trading from a remote area in Donegal was difficult with poor communications and the political strife in the six counties making exporting, and in particular transporting goods very difficult to achieve.
But superior quality, design and production with pride sustained the company's growth to expand and develop a very loyal client base at home and abroad.
The success of a new fashion range launched annually at the Crafts Council of Ireland Showcase in the RDS in Dublin kept his staff employed during the difficult years.

Sports
John enjoyed all sports and sponsored all local teams and causes having played in his youngerdays for Naomh Columba.

In later years he was part of the Carrick Rangers committee that played in the Donegal League and followed the success of the Donegal teams down the decades.
The hundreds of sympathy messages posted on social media aptly reflects the love, respect and high esteem that Johnny was held in as he gave many their first job in life.
Fr John Joe Duffy who served as former CC in Glencolmcille said: “This is just such sad news. My heart is made heavy to hear of Johnny's death.

"Johnny was one of the people that could bring humour to a difficult situation. A good and decent man who worked hard to give employment in his community. A sincere and kind man who had a larger than life character. A huge loss to his family and his community and to the wider communities.”

A former employee said “Johnny will never be forgotten by those of us who were privileged to know him, to benefit from his stories, jokes and his well of generosity.”

"I am so immensely proud of learning so much from this kind man, of knitting and life. There was only one. Ar dheis Dé go raibh a anam.”

He will be deeply missed by his sister Maire in Luton, Pauline, Sarah and his brother, Michael, daughter and sons in law, grandchildren, Aidan, Shauna, Rachel, Sarah, Eabha, James and Ciaran, nieces, nephews and his wider family, neighbours and friends.