Road at Kiltoy open again as investigation into fire gets underway

Messages of support pour in for business owner and his staff 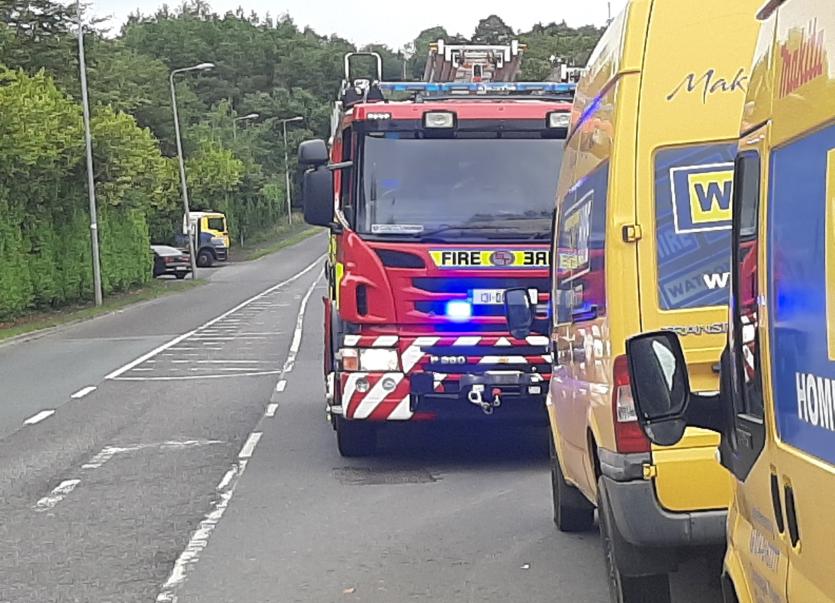 Fire crews this morning remained at the scene of the fire which caused extensive damage to a well known business premises in Letterkenny on Monday evening.

The blaze at Watson Hire broke out around tea-time on Monday and it took several hours before it was brought under control late last night.

An investigation into the cause of the fire is now underway.

Road diversions were in place and the road at Kiltoy was closed as fire personnel attended the scene. The road is now re-open but the immediate area around Watson Hire is cordoned off. 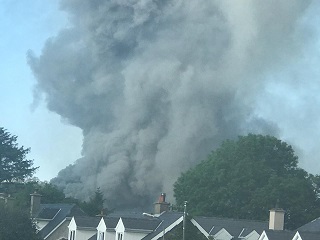 An adjacent HSE store was also impacted by the fire and a range of health care supplies was destroyed.

Messages of support have been pouring in on social media for the owner of Watson Hire, local man, John Watson, and his staff.

Only a few weeks ago, Mr Watson delivered free hand sanitizer supplies to staff at Letterkenny University Hospital. Many HSE employees have been among those to offer messages of support on social media to the staff at Watson Hire at this time.

An investigation is underway to determine the cause of a major fire at a business premises in Letterkenny.

The blaze, at Watson Hire, started shortly before 6pm yesterday evening in the Kiltoy area of the town.

The fire created a large plume of smoke which was visible for miles.

Firefighters battled the blaze for several hours yesterday evening and it was eventually brought under control late last night.

It is understood there may have been an explosion at the premises.

The building has been extensively damaged throughout while a nearby HSE storage unit containing Personal Protective Equipment and other equipment was also damaged as a result.

The HSE says it's setting up a temporary storage facility at Letterkenny University Hospital.

It's not clear how much damage was caused to the HSE facility, which will be assessed this morning.