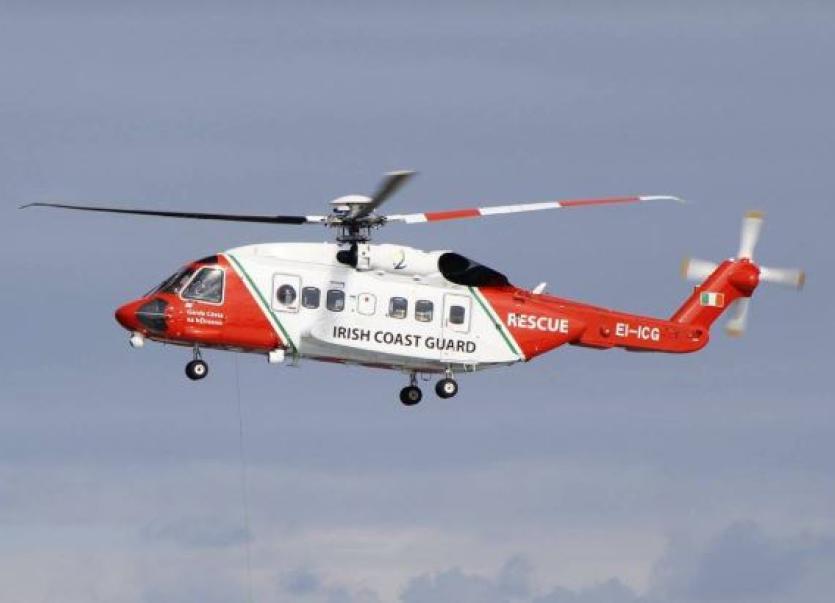 The Rescue 118 helicopter was tasked to the scene to assist

Post-mortems are expected to be carried out today at Letterkenny University Hospital on the bodies of a father and son who were recovered from Lough Keel, near Kilmacrennan, yesterday.

Another son, also in his teens, was rescued from the lake, and was taken to Letterkenny University Hospital.

It has emerged that workers with Irish Water in the area became aware of an incident and contacted the emergency services.

A call was made to Malin Head coast guard just before 3.00 pm yesterday.

The father and his two sons had been fishing in Lough Keel.

Gardai in Milford are investigating the tragedy.