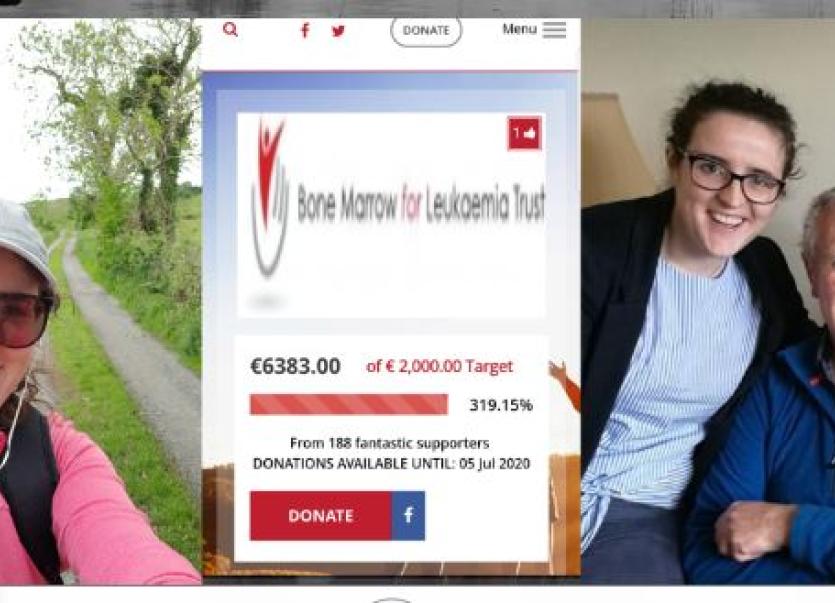 Ballyshannon woman Donna Martin is undertaking the Wild Atlantic Way summer challenge in memory of her late father, Brendan, and to raise funds for the Bone Marrow for Leukaemia Trust

Ballyshannon-woman Donna Martin has been clocking up the kilometres in recent weeks in memory of her late father, Brendan and monies she raises from the challenge will be in aid of the Bone Marrow for Leukaemia Trust.

She signed up for the Wild Atlantic Way summer challenge which started on Monday, June 1. She set herself the target of completing this in 33 days. She will finish on her birthday - July 3.
The challenge is going well for her and she has more than half the distance clocked up and she's getting loads of encouragement from all sorts of people.

She has received some very special messages of support from Rob Heffernan, Shay Given and Noel Cunningham which, she said, have really lifted her on "the tougher days".
Donna has wanted to do some fundraising for quite some time now. It’s for a charity very close to the hearts of the Martin family, The Bone Marrow for Leukaemia Trust.
The 500km is a combination of walking and running but mostly walking.
She is keeping track of her distance covered on her Garmin with 327.5km completed so far (earlier this week).
The work this charity does with St. James’s Hospital was a huge support to them when Brendan was treated there.

In Donna's words: "While things didn’t work out for us long term, it did help us get some extra time with Dad and everyone who knows him, or who met him, knows he embraced every moment."

The main support for the family was an apartment supplied just five minutes from St. James’s where Brendan had to stay for a few weeks after being discharged but needing to be close to the hospital.
On her decision to go with this fundraiser Donna explained: "I had thought about various fundraisers that I could do but it had to include walking - those of you who knew my father know that you would often see him out and about whether near the house or at his favourite place to walk along with mum, Rougey, in Bundoran."
She added: "The support from everyone has just been truly amazing.
“I've been completely overwhelmed by the kindness. It's just so lovely to be able to help such a worthy charity and know that it will help others going through a difficult time."