Finance and the GAA - so much filters down 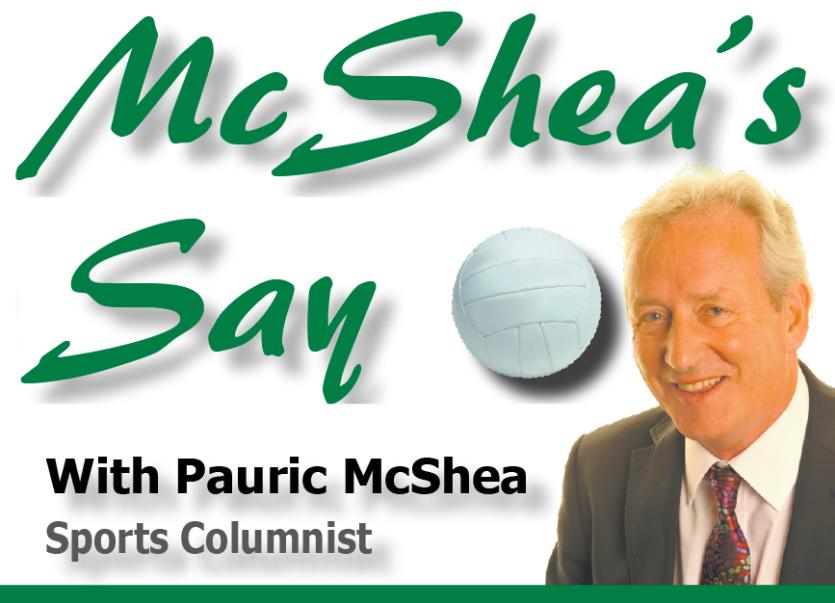 Often over the years when someone who was not a keen supporter of the Gaelic Athletic Association would endeavour to wind me up by telling me about “All the money the GAA was making.”

It was a view that I never took kindly to because that kind of talk was plain silly and it always came from someone who was, to say the least, not a fan of anything Gaelic.

In a difficult time for all sports with no field activity for months, the economic driver for the GAA - bums on seats - is the main source of revenue for the association, and the other revenue streams stem directly from big crowds. Everything is related to the games. Sponsors would never be interested if venues were half empty. Neither would broadcasters, so an awful lot hinges on attendances.

I remember going back a few years when a myth existed about referees being advised to create lucrative draws.
Some people had this kind of notion that referees played for draws, but to be fair you only heard this from people who had little or no interest in Gaelic games.

In recent years there were many one point games which disproved the idea that replays were the result of creative whistling by the man in the middle and thankfully that perception is seldom mentioned in recent years.
I can say without fear of contradiction that the G A A is the most transparent sporting outfit in the country when it comes to finance.

It has to be because it is nobody’s money except the general public’s. Every year at Annual Congress there is at least two hours spent going through figures, and while it is not the most scintillating topic it is a crucial and very necessary exercise.

In terms of funding, apart from gate receipts, sponsorship, broadcasting revenue, State funding and business activities in Croke Park are the main sources of income.

While there is always a query at All Ireland final time about ticket prices, in general prices are quite fair and the objective of making it fair and reasonable to go to games at a keen price does work.

It is a proven theory in marketing that it is easier to keep people than it is to win them back.

It is important to note that approximately 80% of all revenue is recycled directly to units within the Association, with a significant sum going to games development.

And it is not all about All Ireland finals. League games, especially in the lower divisions, can be pretty bleak on a cold wet winters day, with a few hardy characters huddling from a hail storm under an unused scoreboard on a dismal Sunday afternoon.

These fixtures do not generate enough income to break even.

So county boards try to be innovative to get people through the turnstiles.
Ticket packages, free entry for kids, and in recent years a raffle for a house usually in Dublin are all factors in boosting the coffers of most counties.

Ulster Final
Going to Clones for an Ulster final is always a memorable occasion and the spin off for the Monaghan venue on final day can be hard to quantify. People buy breakfasts, beer, sandwiches, newspapers, cigarettes, soft drinks, burgers and chips - and more beer for the journey back home.

GAA fans do spend, and this situation is replicated at venues all over the country on provincial final day.
An ongoing issue in the games is the question of paid managers, or as some refer to it “under the table” payments.

Former President Peter Quinn, when asked during his tenure as President about the question of under the table payments, answered that it would be difficult to even find the table, never mind the manager!

Believe that managers are entitled to legitimate expenses, but the grapevine within the GAA has stories of vast sums finding their way into bank accounts of various modern managers. It is not always acknowledged, but the cash flow into the economy doesn’t stop at buying the beer and sandwiches.

With the outlay on ground and pitch development there is a huge contribution being made as well.
Serious money has gone into construction, building dressing rooms and centres of excellence. Building suppliers have all benefited to a major extent.

Indeed the long awaited development of Casement Park in Belfast is expected to inject in excess of £100 million into the Northern Ireland economy which will be of serious benefit to so many stakeholders in the Province.

Social dividend
People often forget about the social dividend that the G A provides.
The Irish Heart Foundation has said that 22 per cent of under 10s are obese, and the GAA in keeping kids active in sport through their developing years will be a dividend in terms of well-being down the line.
That of course is true of all sports obviously and especially rugby and soccer. While the coronavirus outbreak, which shut down the playing of games, will have a major impact on the finances of the GAA I have no doubt that the Association will continue to thrive and more than hold its own.
Waiting for Tyrone to come to Ballybofey for our defence of the Ulster title is something special to look forward to, and on that day it will seem as if we have never been away. Role on October.

Peggy Slevin RIP
It was with deep regret that I heard of the death of Peggy Slevin,Tirconaill Street, Ballyshannon, last Monday.
A nurse by profession, Peggy’s life was given up to her care for her family and to the service of all those patients she looked after with remarkable kindness in the Sheil Hospital. For many years I was fortunate to have her as a neighbour, where her fine character, and good deeds I will always remember. Peggy was a wonderful lady and excellent company. She enjoyed so much the company of the young and made them feel very much at home.
Predeceased by her husband Sean, her son Sean and her daughter Una, I extend my deepest sympathy to her son Leo and daughters Mary and Paula.

On the move
It is always a satisfaction to see hard work rewarded and Gerry Ferguson the affable and professional jeweller in Ballyshannon has moved to his fine new shop on Main Street, Ballyshannon this week.
No doubt this expansion of Gerry’s business could not have been achieved without a good deal of business acumen, and, above all, a product and service which commend themselves to the consumer. Best Wishes for the continued success of Ferguson’s Jewellers.