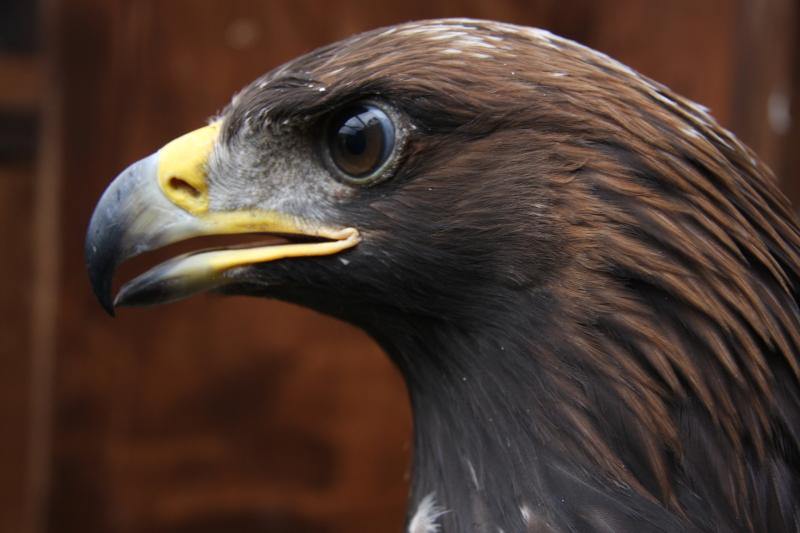 One of the golden eagles in Donegal.

When plans were first revealed to re-introduce golden eagles into Donegal - almost 90 years after they had become extinct - it was always acknowledged that it would be a challenge.

But while there are no certainties about the long-term sustainability of a native-breeding population here, the outlook is positive.

According to Lorcan O’Toole, chairman of the Irish Raptor Study Group, “the birds are breeding away” and “some of the chicks who have hatched in Donegal are (now) breeding themselves."

Indeed, he estimates that there is currently in the region of 30-38 golden eagles in the north-west, with movement from Donegal into other counties including Tyrone, Fermanagh and Sligo.

This is encouraging, but he feels it is still not possible to say if it is a viable population.
In 2019, there were three chicks born in Donegal, the same number as in 2018 while in 2017 there were two new arrivals.

He feels that there is room for “maybe eight pairs” in Donegal.

“Some of the chicks who have hatched in Donegal are breeding themselves,” he said, adding that “there is breeding in Glenveagh this year. There are eagles that are 100% Donegal.”

In recent years, there has also been breeding in the Derryveagh Mountains, Bluestack Mountains and there has been what he terms “territorial activity” in Inishowen with a number of nests.

The golden eagles that were reintroduced to Donegal were brought over in special cages from western Scotland.

There are no plans to bring in any more at present, and the hope remains that those in the county will breed in sufficient numbers to establish a small population.

One of the keys to their long-term survival as a sustainable breeding population is their habitat.

There have been some concerns about a decline in curlew, hare and grouse numbers in the mountains of Donegal.

Other issues have included the presence of wind turbines, and poisoning.

Neverthless, with a new management plan for Glenveagh National Park having been drawn up, he is upbeat about how this can tie in with the future breeding of eagles. 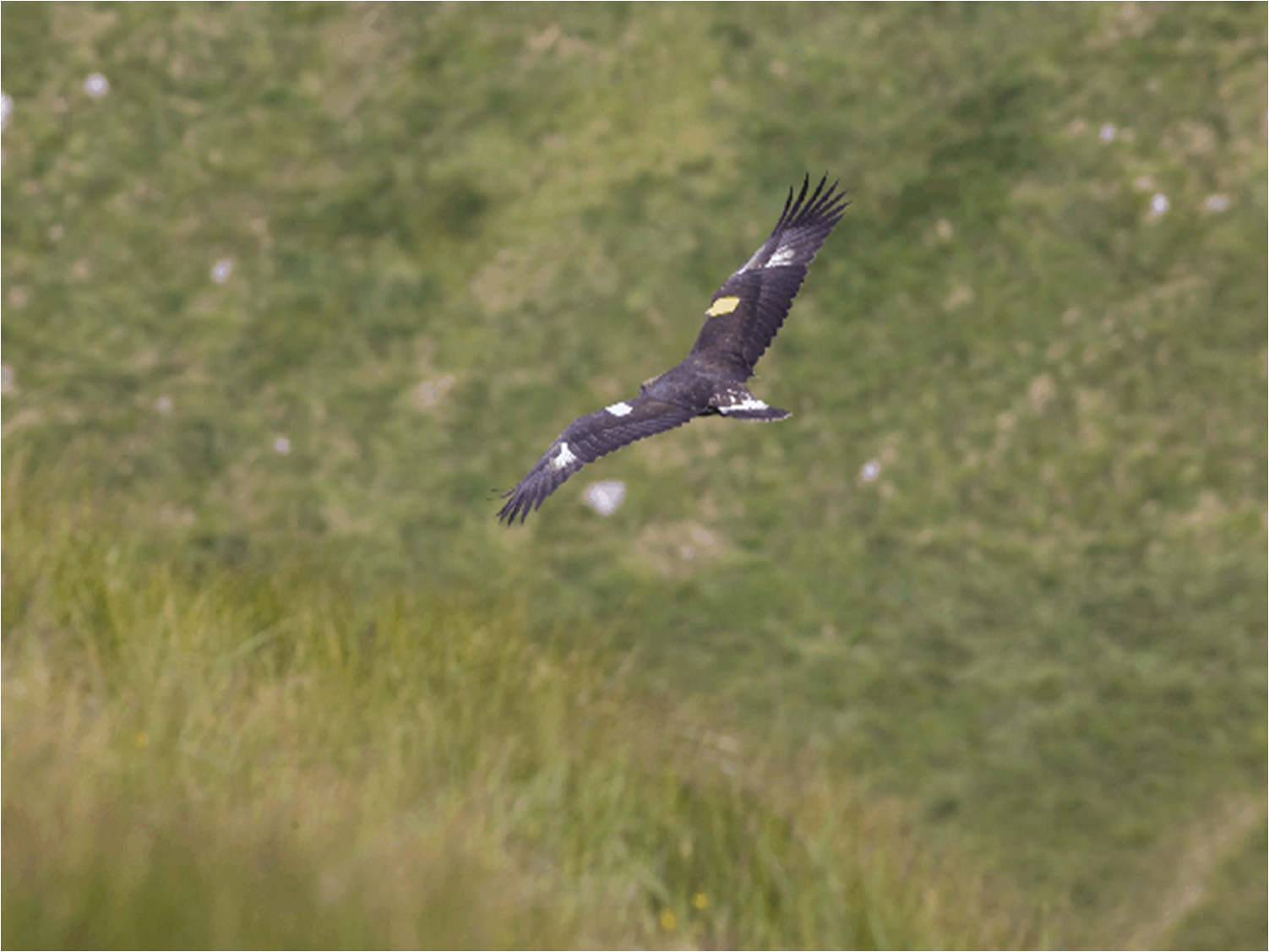 From a Donegal perspective, considerable strides have been made since the project to reintroduce golden eagles was launched in 2000 by the Irish Raptor Study Group, Birdwatch Ireland and the National Parks and Wildlife Service (Glenveagh National Park).

At the time, Dr. Jeff Watson, a leading author on wildlife, said: “The prospect of a successful reintroduction of golden eagles to Ireland is good, and the Glenveagh National Park area offers an excellent location for the initial release programme.”

Finance for the initial project came from the government’s millennium fund.

Golden eagles were once found in many coastal and mountainous areas of Ireland, but deliberate and persistent killing by humans drove them to extinction.

So, now 20 years on from the idea to reintroduce golden eagles, it is heartening to see that the project has taken off.

And if you are out and want to catch a glimpse of these fine birds of prey - with a wing-span of around six foot - one of the best spots is the road from Glendowan to Doochary. Here you may see them soaring in the sky.

Meanwhile, white-tailed eagles are increasing in numbers as well, although they are largely confined to Cork, Kerry, Tipperary, Clare and Galway.

The white tailed eagles were introduced in 2007 in cooperation with the National Parks and Wildlife Service, with around 100 birds being brought in from Norway.