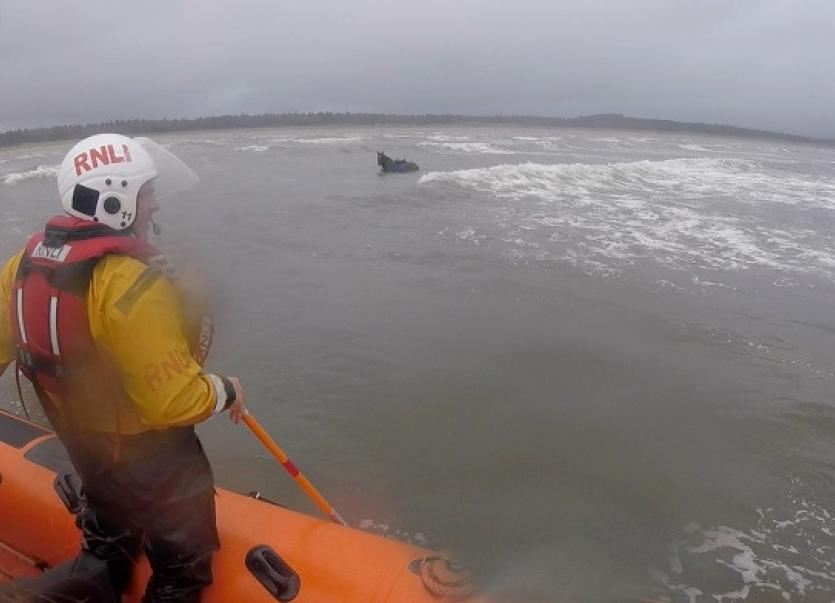 On arrival at Murvagh the lifeboat crew came across the horse over 1 mile from the shore and gradually coaxed it back to the shore where its owner was waiting.

After almost one hour the horse was eventually reunited with its owner.

Helm Killian O’Kelly speaking on return to the station said “this was another callout with a good outcome. Animals are as prone as people to get in trouble in the water and we were glad to be able to help out on this occasion. Remember if you see someone in difficulty on the coast call 999 or 112 and ask for the Coast Guard.”