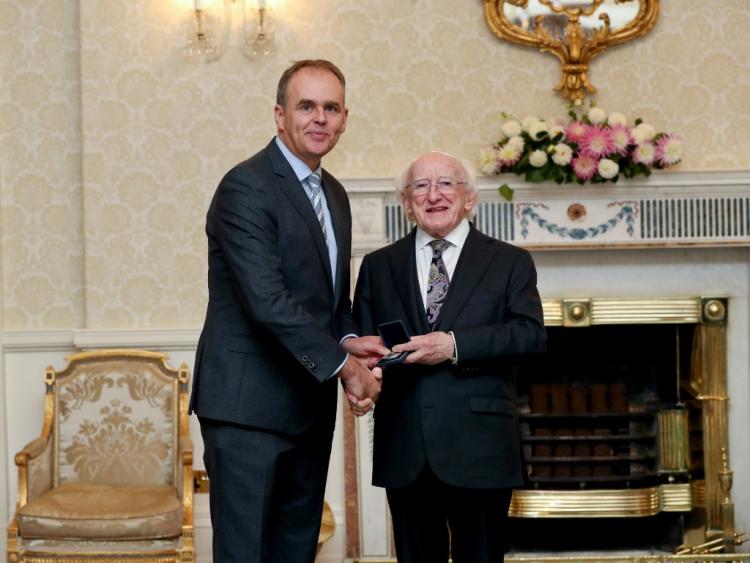 There is speculation that Donegal could get two ministers of state following the disappointment that the county, as well as much off the west coast of the country, is not represented in the Cabinet of the new coalition government.
Donegal Fine Gael TD Joe McHugh is one of eight high-profile members of the party who have lost a Cabinet position in the new government under Taoiseach Micheál Martin.
There is speculation that the former minister for education and Fianna Fáil Donegal TD Charlie McConalogue will be given junior minister portfolios. The announcement is expected on Wednesday
There has been concern expressed that the west coast of the country is not represented at Cabinet level.
The new government is made up of six TDs from Dublin, three from Cork, two from Wicklow and one each from Kerry, Meath, Monaghan and Offaly.There is also speculation that Fianna Fáil's Marc McSharry, a Sligo-Leitrim TD, could also get a junior cabinet position.

Junior minister positions
Fianna Fáil councillor Patrick McGowan, who was critical of the programme for government’s treatment of regional development, said he is disappointed there is no Cabinet minister from the county.
The chair of the Fianna Fáil grouping on Donegal County Council said time would tell how dedicated the government is to balanced regional development and the appointment of TDs from the county to junior minister positions, and what positions they would hold, would be important.
“We have some concerns about the West and North West not having a minister and we are disappointed Donegal did not get a minister. There are definitely big challenges for balanced regional development,” he said.
“We can shout about it but we need to be focused. It is early yet for the new administration. Every county wants a minister and we just have to wait and see about the junior ministers and what responsibilities they get.”
Sligo-Leitrim Independent TD Marian Harkin, who represents part of south Donegal, said the composition of the Cabinet is “a disregard for the concerns of the people of the West and North West”.
“There are nine senior ministers for the greater Dublin area but none for Connacht and Donegal and this is an issue of serious concern”, she said.
“My vote for the establishment of this government was based on the immediate need for a stable government to tackle the very immediate challenges of the Covid epidemic and the serious economic outcomes which will arise from Brexit.
“The Irish people made their decision last February and it was past time that the members of Dail Éireann agreed on a government to bring stability amid the Covid crisis and the potential chaos of Brexit,” Deputy Harkin said.
She said she has stressed the vital need for more balanced regional development and for recognition of the fact that the European Union had recently downgraded the economic status of the West and North West to their disadvantaged status of twenty years ago and the need for action to redress the imbalance.
“I will judge each of these ministers on their specific plans and policies and, more importantly, I will hold them and this government to account for their delivery to the North West”, she said.