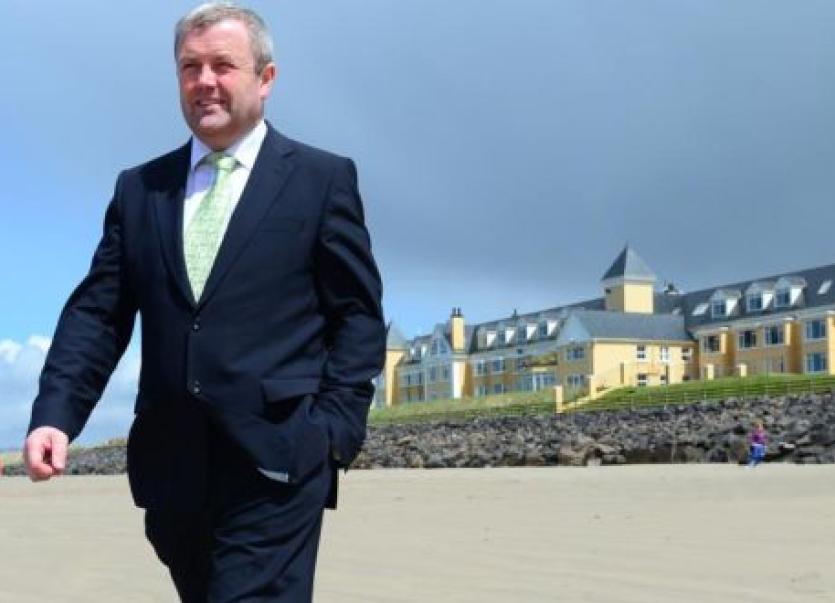 A leading tourism figure in the county has expressed concern that the portfolio for tourism has not been given enough priority in the new Cabinet.
The Green Party Catherine Martin deputy leader has been appointed Minister for Media, Tourism, Art, Culture, Sports and the Gaeltacht.
But the fact tourism is being shared with five other portfolios has been criticised by the chair of the Donegal branch of the Irish Hotels Federation.
Paul Diver, who owns the Sandhouse Hotel in Rossnowlagh, said the new minister with responsibility for tourism has too many portfolios.
“Tourism is now packed in with five other departments. Tourism employs 260,000 people and is such an important portfolio. We would have hoped that it would have been given its own minister and its own stand-alone portfolio and we are very concerned about that.”
Mr Diver said he was also naturally concerned that the west coast does not have a Cabinet minister.
“It is the first time there has not been a minister west of the Shannon and we are concerned that the last government ignored rural Ireland and we just hope that this government is not starting out on the same foot.”
Hotels reopen
Mr Diver was speaking as hotels across the county reopened their doors under phase three of the reopening of the country.
“From a Donegal point of view, tourism employs 7,500 people here and if the government supports us we can re-employ all those people. If not there will be huge job losses in Donegal tourism.
“There has been a good level of interest (in bookings). Hotels in Donegal have kept prices the same as last season which is helping us. Donegal is regarded as one of the counties which is safest to visit.
“People want to visit as it has everything that they want - wide open spaces, beaches and long walks. For people trying to get away from Covid Donegal has everything they want.”