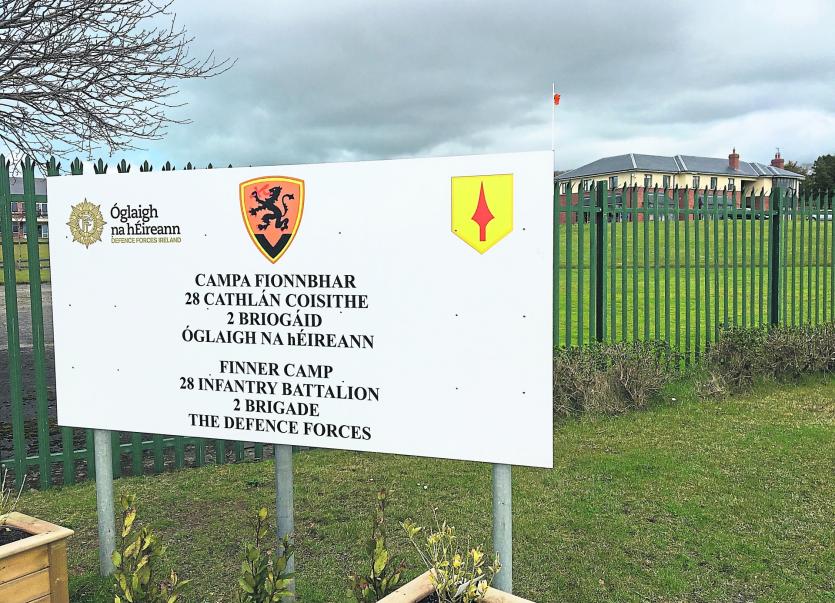 The Met Éireann weather station is based at the military barracks of the 28th Infantry Battalion at Finner Camp. Picture: Michael McHugh)

Consistent rain pelted much of south Donegal over the weekend and this has now been confirmed by the weather station reports at Finner Camp, which is located between Bundoran and Ballyshannon.
A yellow alert rain warning which was operative across the county from Friday until Monday was elevated to an orange alert for a period of Sunday.
There was spot flooding along many of the secondary roads in the area and this extended beyond the county boundary to the likes of Mullaghmore in north Sligo to Kinlough and Manorhamilton in Leitrim.
Pettigo was also badly affected. The River Eske in Donegal town again came perilously close to bursting its banks and social media enthusiasts captured the spectacular drama on video of the water descending off Assaranca waterfall near Ardara.
One of the other knock-on effects was the cancellation of free activities for youngsters and parents at the Bundoran Adventure centre, as a result of the total washout.
Since June 26 up to Monday, approximately 75mm of rainfall has been recorded at the weather station in Finner.
This is greater than the 72.3mm average amount for the whole month of June.
The monthly totals are adjusted daily based on raw data received from each station.
The highest daily total in this period was 44.4mm recorded on Sunday, June  28.
The orange rainfall warning issued over the weekend was for Donegal, Sligo and Leitrim which came into effect at 11am on  June 28 and was only cancelled on Monday morning.
The outlook for the county for the rest of the week, is that that the weather will remain unsettled.
Wednesday looks like it might be a decent day with temperatures expected to peak at around 15 degrees celsius.
Despite the downpours officially the water hose pipe ban introduced on June 8 in the county remains operative until midnight on July 21. The need for the Water Conservation Order was due to the exceptionally dry spring, the driest for 70 years in parts of the country according to Met Éireann.