Animals In Need (AIN) will never put down a healthy animal 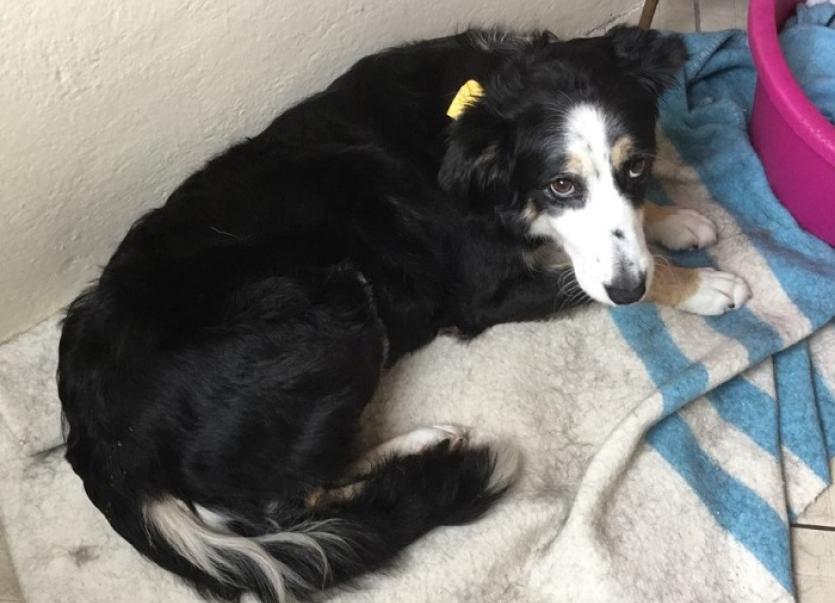 Abused dog Sadie has a new home waiting in the UK

Animals In Need (AIN) is a strictly no kill rescue and never puts down a healthy animal and this policy continued despite the lockdown causing all the foster homes to be full as rehoming had to be suspended.

AIN still managed to take in emergency cases, placing some in boarding kennels when foster homes were too full.

The charity would like to say a big thank you to Garry from the Dog Shelter in Letterkenny, who looked after the stray dogs that came in during lockdown and thanks to the Dogs Trust for coming to Donegal to help rehome several of AIN's rescued dogs.

At last, the dogs can start to move on to their new lives, including Sadie, a very nervous collie dog who may have limited vision.

Sadie was surrendered to AIN some months ago in a terrible state, having been locked in a pen for years with no human contact.

She was very sick when she arrived and spent almost a week in the vets.

Sadie is still very nervous but loves attention, which she will receive in her special new home in the UK.

It seems to have been a week of goodbyes with the passing of two of AIN's elderly ex-rescue dogs.

Sally the collie was an old, stiff dog when she was rescued about seven years ago, and she then went on to Border Collie Spot in the UK, where she made a remarkable recovery in the capable hands of The Spot's Gill, who ended up keeping her.

Sally passed away last week at the grand old age of at least eighteen years.

During her life, Sally mothered all the rescued pups that came in and was never happier than when pups would arrive at The Spot. Thank you so much Gill, for giving this poor neglected collie a wonderful home and the chance to lead such a happy life.

Rocky the Boxer dog also passed away last week. He was surrendered to Animals in Need ten years ago when he was just a one year old youngster. 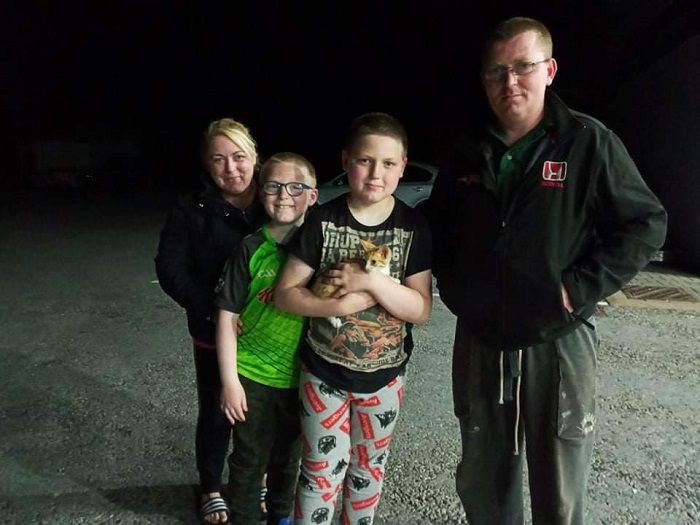 Rocky had been involved in a road traffic accident and came to us through a vet.

He was adopted and had a wonderful life with Christine, Martin and family in Kilcar.

Thank you to Christine and family for giving him so many years of happiness. Rocky will be sorely missed.

On Friday evening, the volunteers were called out on a late night rescue mission when a man rang from Ramelton to say that he was driving home from Letterkenny when the car in front suddenly threw a kitten from their car.

Thankfully, the man was able to locate the kitten, who initially seemed unhurt but then developed breathing difficulties and was rushed to the vets. Internal injuries were feared but thankfully the kitten instead had a bad cold.

A volunteer from AIN drove over to meet the man halfway to collect the kitten. Now named Rammelton, the kitten was finally settled into a soft, warm bed after 1 a.m..

Rammelton is recovering well. Many thanks to his rescuers Michael, Anne, Ronan and Michael Jnr.

More kittens arrived during the week including a 7-week-old kitten with an eye infection and two kittens from a feral cat colony in Killybegs.

An AIN volunteer was called out to Killybegs to help a fledgling Seagull found in the playground on Friday and brought the seagull to a wildlife expert. On returning home, this volunteer found a tiny kitten dumped at her house. The kitten was dehydrated and emaciated but has responded well to fluid and flood.

The latest arrival this week was a bigger kitten, aged 3-4 months, found on the roadside between Ballybofey and Donegal Town. The kitten was suffering from severe hypothermia when found and her finder rushed her to the vets where they are currently trying to stabilise her.

Finally, please keep your pets indoors during storms. AIN were inundated by a huge number of cases of lost and found dogs during the thunderstorms at the weekend. Please keep them safe.