Campaign has received almost 100 entries from Donegal and beyond 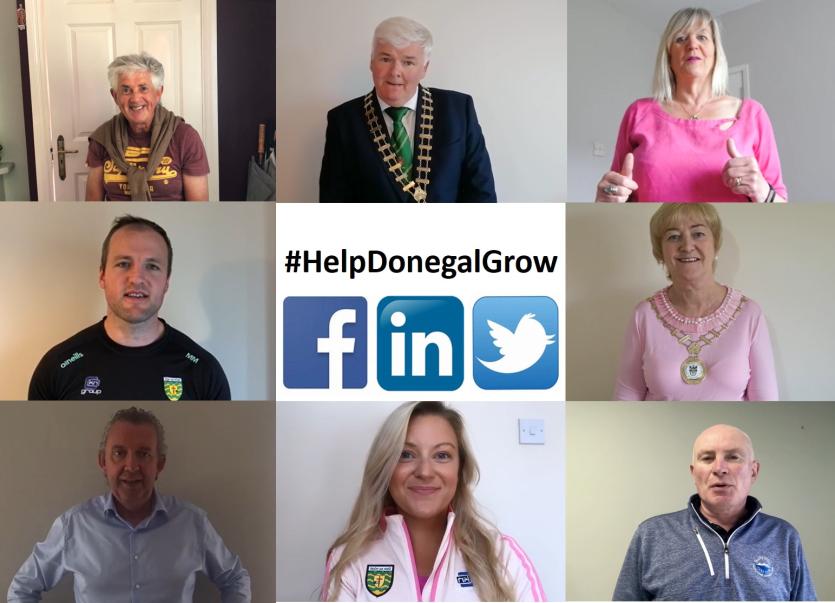 A campaign inviting the people of Donegal to share their ideas on how to help Donegal grow has received a fantastic response from the people of the county, the organisers say.

The Help Donegal Grow campaign was launched at the beginning of June by Letterkenny Chamber of Commerce and is supported by Donegal County Council. It is a novel way of gathering the thoughts and ideas of the talented and creative people of Donegal on how best to benefit the county. It will run until midnight Sunday, July 12.

Cathaoirleach of Donegal County Council Cllr Rena Donaghey said: “When the campaign launched we appealed to the people of Donegal far and wide to get involved and they have done so. Entries have been received from Dublin, the UK and America. It’s great to have such a strong connection with our diaspora and we thank them for continuing to keep Donegal in their hearts and minds.”

#HelpDonegalGrow has also gathered lots of attention through social media too, with well- known Donegal ambassadors such as Noel Cunningham, Michael Murphy and blogger Erin McGinty all lending their support through quirky video messages.

MS Forrester added: ‘‘To acknowledge the efforts and contributions of entrants we will also awarding a prize of An overnight Stay for two with dinner in the glorious Harvey’s Point Hotel for the overall winning entry which will be decided by a judging panel once all entries have been received and reviewed.’’

There is still lots of time for the people of Donegal and beyond to submit more innovative ideas to #HelpDonegalGrow.

To participate simply share your idea to #HelpDonegalGrow at letterkennychamber.com/helpDonegalgrow