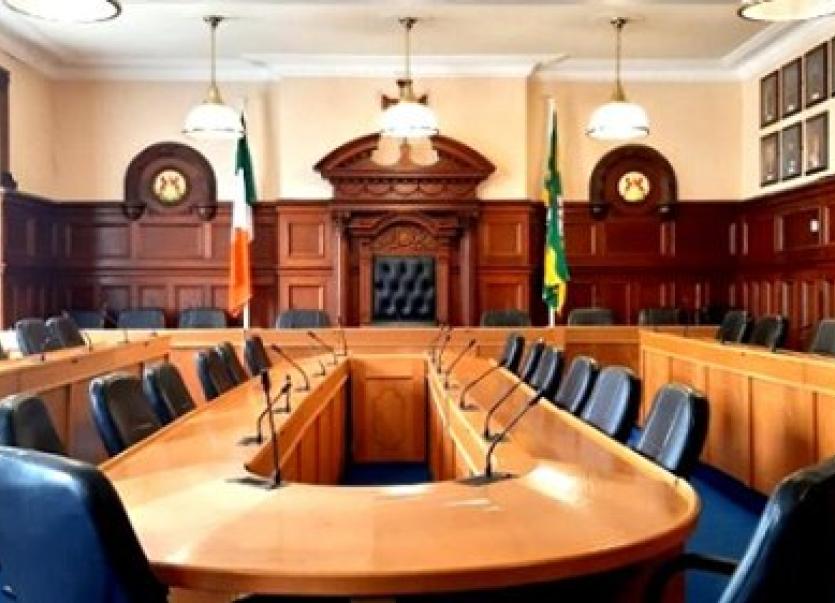 A new report recommends that county councillors be paid a salary as part of a series of reforms which would see them better off by over €9,000 each year and would cost the public nearly €7 million annually.

Under the package proposed as part of a reforming the role, nearly 1,000 councillors would receive a salary worth approximately €25,000 per annum, taxable in the normal way. A new system of vouched expenses is also planned for the 949 city and county councillors.

Under the plan, the cost of local politicians would rise by nearly €6.8 million to just over €30 million per annum.

The proposals and estimates are contained in the Independent Review of the Role and Remuneration of Local
Authority Elected Members by Sara Moorhead Senior Counsel.

There are changes in the system of expenses which also see councillors phone bills paid for.

The new tax system would receive either a (a) flat rate travel expenses allowance worth €2,250 per annum to cover attendance for meetings and constituency travel that, subject to the opinion of the Revenue Commissioners, would not be taxable or (b) no specific fixed travel-related allowance, but the application of normal public service travel and subsistence allowances for the attendance at statutory local authority meetings.

A vouched expenses allowance with the same categories of expenditure that apply for TDs (offices, equipment, meeting rooms, web hosting, etc.) worth €5,100 per annum with €480 of this amount being payable on an unvouched basis to offset petty expenses.

Other travel and subsistence expenses would be payable at the standard civil service rates.

Under option (a) above, Councillors who live more that 25km from Council HQ would also be able to claim standard travel and subsistence towards attending meetings for distances travelled each way in excess of 25km.

The salary, expenses allowances, travel rates would thereafter all have a statutory link to a local authority pay grade, TD expenses and civil service rates.

The report says the outcome would be most beneficial to councillors in smaller and medium-sized  local authorities, who would receive €9,202 and €7,895 extra per annum in total salary and expenses payments.

Councillors in the largest local authorities would receive €6,193 or €5,279 in total salary and expenses payments.

However, councillors will be taxed. The reports says that the Central Statistics Office calculated that the average wage in Ireland in 2018 was €38,871.

Under the proposals, a councillor who earns an average wage in addition to his or her income as a councillor would pay 40% PAYE, 4.5% USC and 4% PRSI on any salary payment received as councillor (48.5% total deductions).

The report says that under current arrangements, a councillor with a separate average salary would have €8,904 deducted from his or her salary-type payments as a councillor, for a net salary payment €9,454.

Under the new system being proposed a councillor with a separate average salary would have €12,157 deducted from his or her salary-type payments as a councillor, for a net salary payment €12,909.

There also proposals on retirement. With effect from the commencement of the next local government term in May 2024, it is proposed that the retirement age for all newly elected, first-time councillors should be increased and aligned with the
state pension age (which will be 67 in 2024, rising to 68 in 2028).

The report says this the same arrangement that applies for Oireachtas members elected since 2004 as well as to new entrants to the civil and public service. The report says a facility should be provided for the option of early retirement from the age of 55 on a reduced benefit basis as well as early retirement on medical grounds with immediate payment of benefits subject to
similar conditions as apply to other public sector groups.

It says that councillors who are currently serving should continue to have the option of retiring at age 50 with payment of a gratuity lump sum given that is part of their existing terms and conditions.

The report says an interdepartmental group should be established to examine the options for introducing a contributory pension scheme for councillors, similar to that which is in place for Oireachtas members, with the aim of introducing such a scheme with effect from the commencement of the next local government term in May 2024.

The author explains the reason for the proposing changes.

"In terms of remuneration, I have no hesitation in recommending an increase to Councillors. I accept their submissions that their workload has increased significantly since 2014 even taking into account the reservations I have expressed. There
is a lot of detail in the report as to how that salary will be calculated.

"It must be borne in mind what is proposed is a very radical change in other aspects of their pay and in particular their expenses regime. I think it must be understood in this day and age that un-vouched expenses except at a minimum level are not acceptable. My recommendation in the report is to reduce the entitlement to un-vouched expenses quite significantly.

She says the role of councillors needs to change.

"It is apparent from the results of the survey that the representational role including representing constituents in areas
where the councillor could have no real effect on the outcome, remains the greatest barrier to the development of a robust and independent councillor’s role.

"My fervent wish is that this report will be used to initiate a discussion of the role of the councillor in IrishsSociety. They do much good work and undoubtedly feel frustrated that the abolition of the dual mandate has not resulted in any delineation
of the respective role between Councillor and TD. The great frustration for many councillors is the duplication of the roles," she says.

This independent review was commissioned in June 2018 by Mr John Paul Phelan TD, Minister of State for Local Government and Electoral Reform. 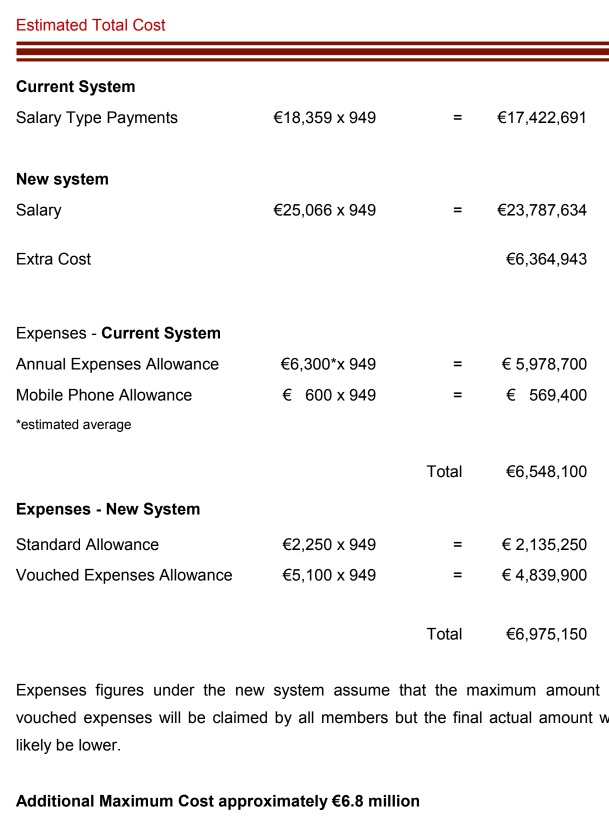