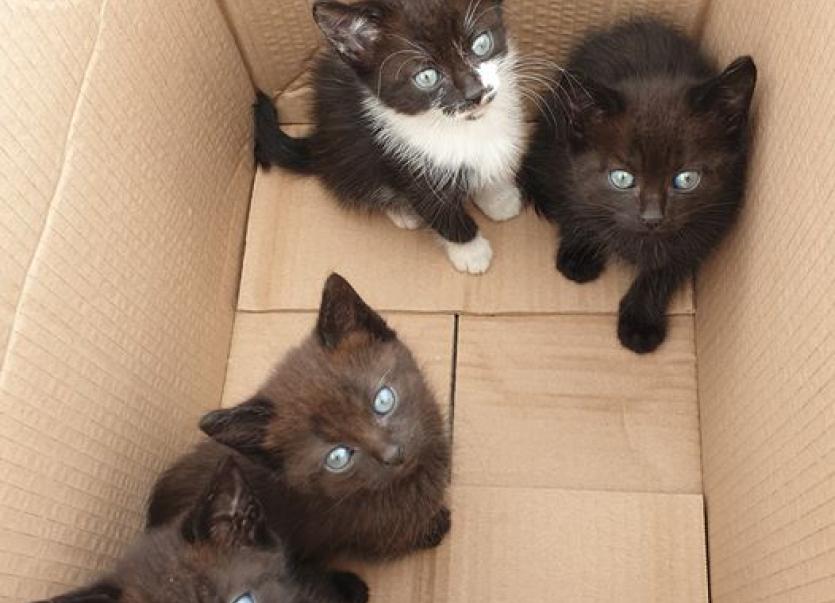 They were dropped into the Animals in Need office a few days ago.

"We were told they were found in a cardboard box in Castlefin. How sad is that
dumping a living being like trash, " a spokesperson said.

The organisation has dealt with hundreds of kittens which have been either
disposed of or handed into them at their centre.

One person on their Facebook page reacted angrily to this latest discovery.

She said: "This makes me so annoyed. So many charities will spay and neuter
cats and dogs free of charge if you cannot afford the small fee charged by your
vet.

"You just have to do the right thing as a responsible pet owner and litters of
puppies and kittens can be avoided. The female who has just had this litter will
be grieving the loss of her kittens and possible have problems with unused milk,
rampant hormones etc.

"It’s so much easier on the animal to have them ‘done’ in the first place."

Animals in Need has repeatedly outlined some of the horrific incidents in which
members of the public have tried to dispose of the animals.