Jack invited to open new store when it is ready 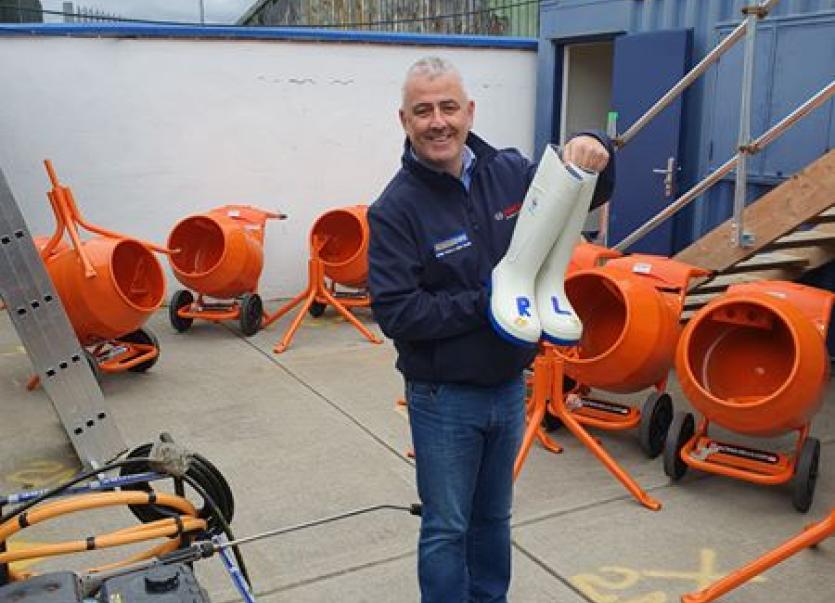 They say every cloud has a silver lining but for Letterkenny businessman, John
Watson, that silver lining just turned white with the arrival of a very special gift
to his temporary premises this weekend.

John's Watson Hire building at the Lisnenan Industrial Park was engulfed in a
massive fire this time last month destroying the property, stock and things
looked grim for a time.

Since then he has received tremendous support from the public and ha vowed
to re-open. He is currently working out of a temporary structure.

John is renowned for his good sense of humour and quirky videos which he
posted on Facebook from time to time highlighting the great offers and keen
prices.

No stranger to making us laugh his outfits included a pair of white wellies
which, unfortunately, were destroyed in the June blaze. 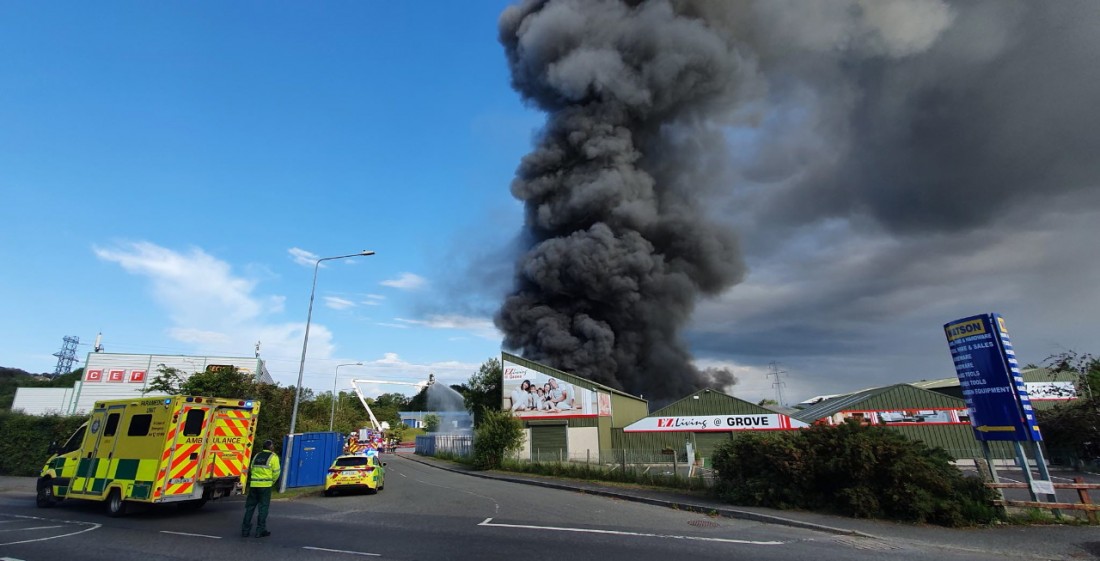 The blaze at Watson Hire last month which destroyed the premises

But like all good rescue stories, there's one man who can make the difference.

Recently promoted nine-year-old Sergeant Jack Beattie from Raphoe managed
to get his hands on a similar pair and got them delivered to John - what a champ!

Now little Jack has enough challenges of his own dealing with Osteogenesis
Imperfecta Type 3 along with many more related serious issues.

He attends Temple Street Hospital every three months to receive treatment but
that doesn't stop the brave 'Sergeant' bringing a smile to all who meet him ...and
now wellies too! 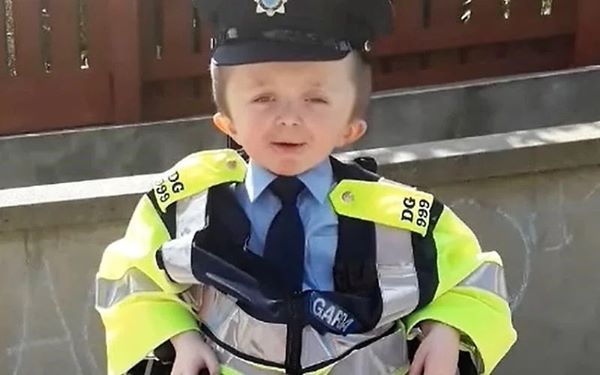 Sergeant Jack Beattie to the rescue!

Posting on his Facebook page, John spoke of his joy at the gift from Jack.

"This man just made my day. During our recent fire I lost some items that were
special to me including the famous white wellies.

"I got a delivery today from a very special wee man. His name is Sgt Jack
Beattie from Raphoe.

Jack you've really made my day with your thoughtfulness. You've given me the
kick up the butt I need to press on and get the videos going again.

"Thanks so much Jack and I want to ask you one more favour. I would like Sgt
Beattie to do the official opening of our new shop ...I hope you will accept," he
said.