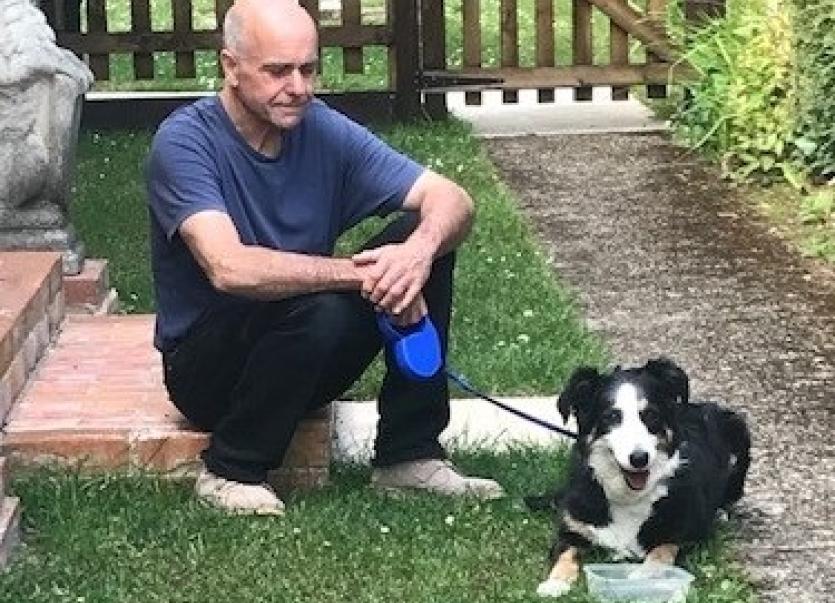 Sally in her new home in the UK

The volunteers at Animals In Need (AIN) bade a fond farewell to a nervous collie dog called Sally, as she finally travelled to her new home in the UK this week.

She was supposed to go the week before but due to an error with her Pet Passport, her journey was delayed and she had to remain in her foster home at AIN until it was rectified.

Sally had led a hard life before she was rescued, locked up in a pen with hardly any human contact and she was in a bad way when she came to AIN six months ago.

She was terrified of everything and hid from from everyone at the start, especially men.

Her fosterer was worried about how Sally would cope with travelling to her new home as she was so scared by new experiences, but in the end she travelled very well and is now in a wonderful home where she will get all the attention and love that she deserves with a wonderful couple and no other animals.

A very big thank you to the Dogs Trust who continue to help with rehoming the rescued dogs of Donegal.

Sadly, kittens are still being found abandoned around the county. The lastest case involved four helpless kittens dumped in a cardboard box in Castlefin.

Thankfully they were found and brought to safety at AIN.

CATS AND KITTENS RESCUED FROM THE THREAT OF POISONING

AIN also took in an adult cat called Andy. However, he initially refused to eat and so was taken to the vets where after a number of tests, they found out he was diabetic.

Andy is feeling much better now that he is having insulin injections twice a day.

Phoenix, a kitten found last week with a leg injury so serious that the leg was hanging off and only attached by tendons, was also at the vets this week.

Her leg wound was also infected and so she had to be treated for that before the vets could consider surgery.

Luckily she responded well to treatment and she has now had her damaged leg amputated and has made a good recovery.

The volunteers were called out to an emergency situation in Milford at the weekend. Two semi-feral mother cats and their six kittens had been threatened with being poisoned and so the volunteers caught them and brought them to safety at a foster home. 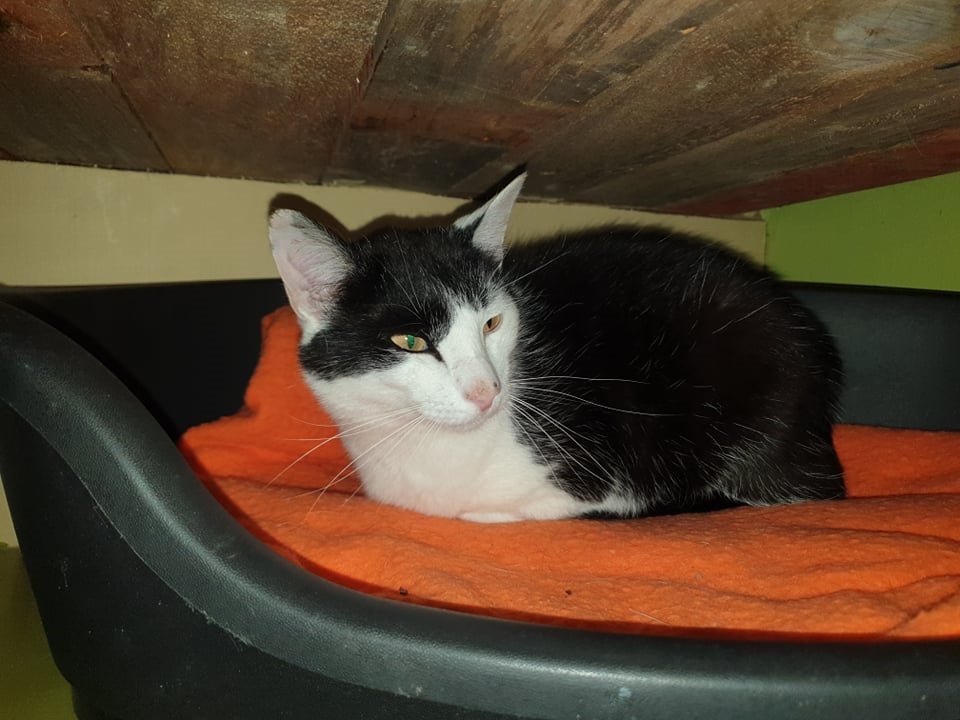 ANDY TURNED OUT TO BE A DIABETIC

As well as obviously being cruel, the laying of any type of poisoned bait is illegal and conviction carries a hefty fine or prison sentence.

Any incidences of the laying of poisoned bait should be reported to the Gardai or National Parks and Wildlife Service, as they have the authority to enter a property where poison has been put out.

AIN are also currently working on the T.N.R. (Trap/Neuter/Return) of a colony of feral cats in Killybegs.

So far two cats have been caught but trapping has proved difficult as the cats are located near the town centre where tourists are throwing food to them and they therefore are not hungry enough to go in the trap.

The volunteers willl persist as the cats in this colony are in bad shape and the plan is to relocate some of the cats and return the others once they have had a trip to the vets.

There was good news for a handsome Cockerel who was found abandoned on Holmes Beach. No-one came forward to claim him and he has now found a new home.

Finally, AIN's fundraising Summer Draw will be online this year, so please check the Facebook page if you would like to support the rescued animals.