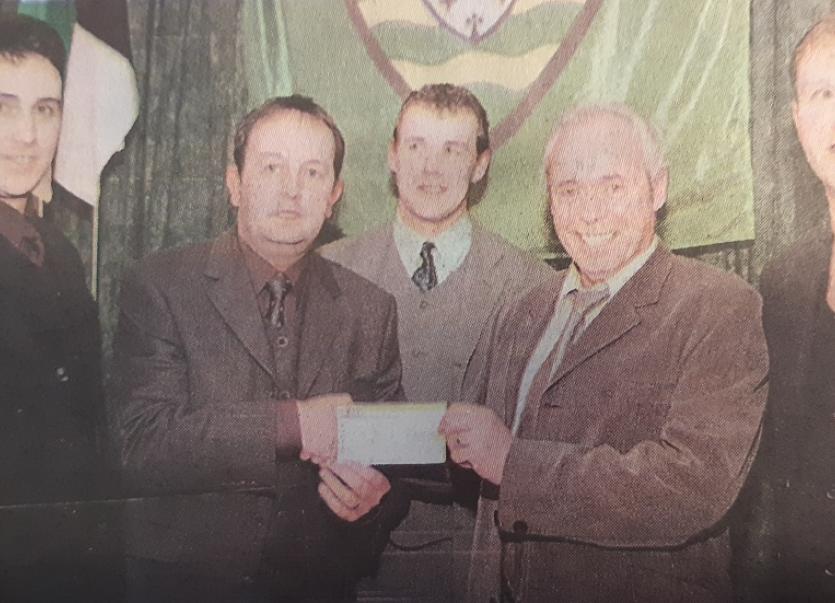 News of the death of one of the best known residents of Glenties, Pat Eamon Boyle, has been learned of with great sadness.
A proud Naomh Conaill clubman, Pat Eamon from the Glen Road, passed away in his late 60s. He had given a lifetime of service to the Naomh Conaill club as a palyer and administrator, having served as chairman and President.
The Naomh Conaill club recorded his great service on their Facebook page:
He was a driving force in the funding, and building of our spacious clubhouse, at the Davy Brennan Memorial Park. In his playing days, he was a member of a feared half forward line, with Gerry McDermott and Frankie Rogers, who all possessed, speed and skill in abundance. We won our first county Vocational medal in 1968, with Pat starring in most of our games. He represented Donegal at minor level under Brian Mc Eniff in 1968/69, and played a few challenge games for the Donegal senior team in the late 60's.
He married Barbara A Dala, [O Donnell] and they had 5 lovely daughters, Ciara, Barbara, Finola, Irene and Niamh, and two sons, John, and Eamonn. He was a great family man, and will be sorely missed by all of his family.
The proudest day Pat had recently, was when the Naomh Conaill players arrived in his home with the Dr. Maguire cup, which brought tears of joy to his eyes. "We have her", he shouted. He was blue and white to his core, and loved watching this present squad, who have brought such pride to our club. Pat was the winner of the Donegal Democrat Team of the Millenium, picking 14 of the team, showing his great knowledge of all things GAA.
God rest you, Pat, and sincere condolances to Barbara, and all the family
Ar dheis De go raibh
Pat’s remains will be leaving Shovlin funeral home this evening Friday at 6pm.
The club is organizing a guard of honour from the Chapel Brae.