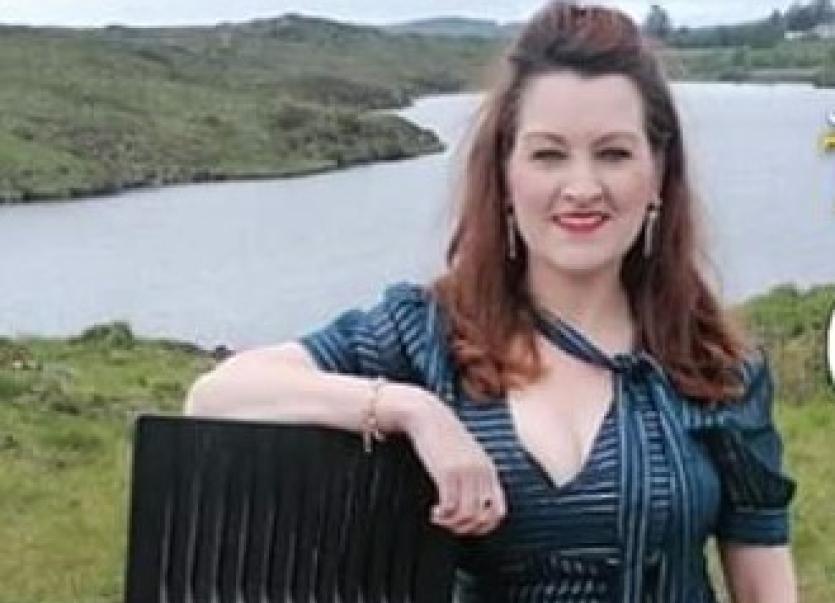 Lorraine Mc Cauley is becoming a very popular name and been recognized for her Country Music since releasing her debut single ‘I really think I'm crying’ last February.

This was followed with ‘After all these years’ then ‘Blanket on the ground’ which made the No 1 spot in the Strabane Music Charts.

Lorraine is a lover of all music genres but grew up with Country Music. She played all over the country with her late father Adrian Mc Cauley in his country band as a child on her school holidays and she also played the organ in St Patrick's church with the choir.

She obtained a Music Teaching Diploma from the Royal Irish Academy of Music, Dublin a number of years ago. Part of the course was to  learn two new instruments and she chose the guitar and saxophone.

Lorraine now teaches piano to the local school children which she thoroughly enjoys and is looking forward to getting back to teaching her students in September.

Needless to say, Lorraine was absolutely delighted and privileged to be among some of these talented singers/songwriters and musicians.

She is up for eight nominations which is a great achievement. They are:

Musician of the Year

Entertainer of the Year

Songwriter of the Year

Lorraine is very much looking forward to attending the awards in November.  She would like to thank Gaby, Peter and all the team behind the scenes put so much work into organising this event.

The International Red Carpet Music Award Show will be held in the weekend from 6 - 8 th of November 2020 in Ermelo/ Holland!

The track was produced by Terry McGinty at Valley Music Studios and videod remotely by her Goddaughter Rachel at Lorraine’s homeplace In Carricknahorna and edited by Steve Bloor Media.

The Late Liz Gordon was a fine keyboard player and played keyboards in Ireland's Queen of Country Music Philomena Begley’s band, Shotgun for many years.

The song and music video was released for Liz's first anniversary in June and is receiving good airplay on the radio stations local and nationwide and also features on spotlight TV. The video can be viewed on youtube and can be downloaded on all live streaming platforms such as Spotify.