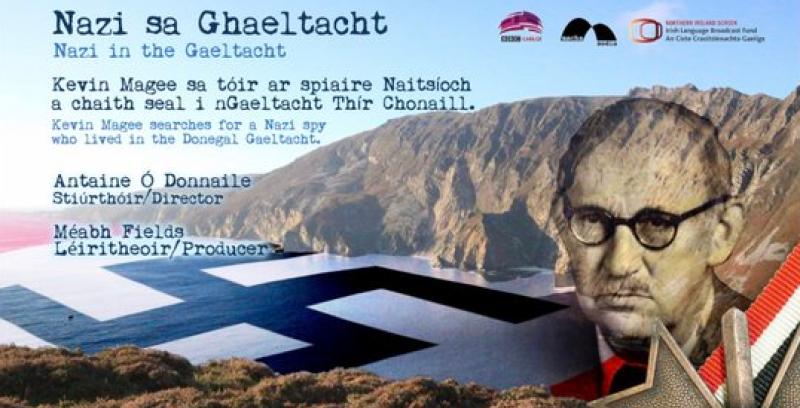 A new documentary is about to shed light on a remarkable story that could
potentially have had an effect on events here in Donegal during World War
Two.

It's the untold story of a Nazi professor; rumoured to have been a spy, the small
village of Teileann in the Donegal Gaeltacht and its location as part of an
apparent blueprint for a possible invasion of Ireland.

And while it might sound like a fictional tale of wartime intrigue, in a new
documentary, veteran BBC correspondent Kevin Magee uncovers the double
life of Irish language scholar Dr Ludwig Mühlhausen (below). 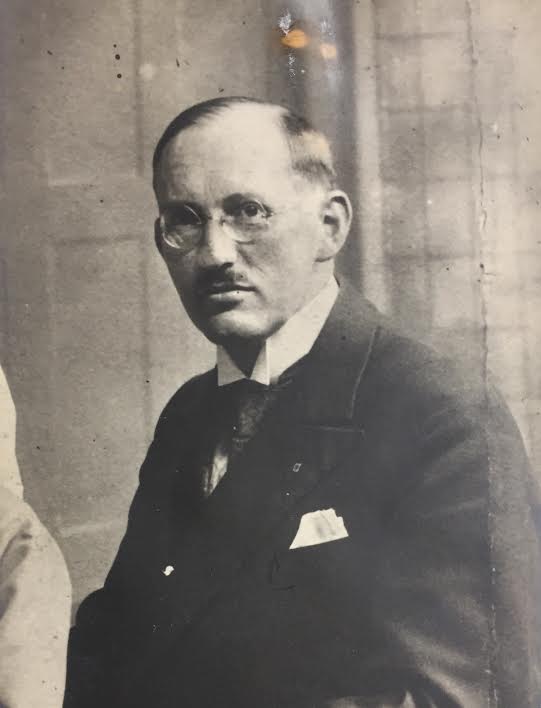 In Nazi sa Ghaeltacht, on Sunday next, July 26, on BBC Two Northern Ireland
at 10pm, Kevin investigates what Mühlhausen, a Nazi party member and
German linguist, was really doing in the Donegal Gaeltacht in 1937 in the run up
to the Second World War.

In the one-hour documentary, made for BBC Gaeilge by Macha Media, with
support from Northern Ireland Screen's Irish Language Broadcast Fund, Kevin
follows Mühlhausen's journey - ostensibly in the Gaeltacht to collect folklore
but secretly gathering information which would be exploited by the Third Reich.

Professor Mühlhausen perfected his knowledge of the Irish language in the tiny
Irish speaking hamlet of Teileann and used it to broadcast German propaganda
into Ireland during World War Two. 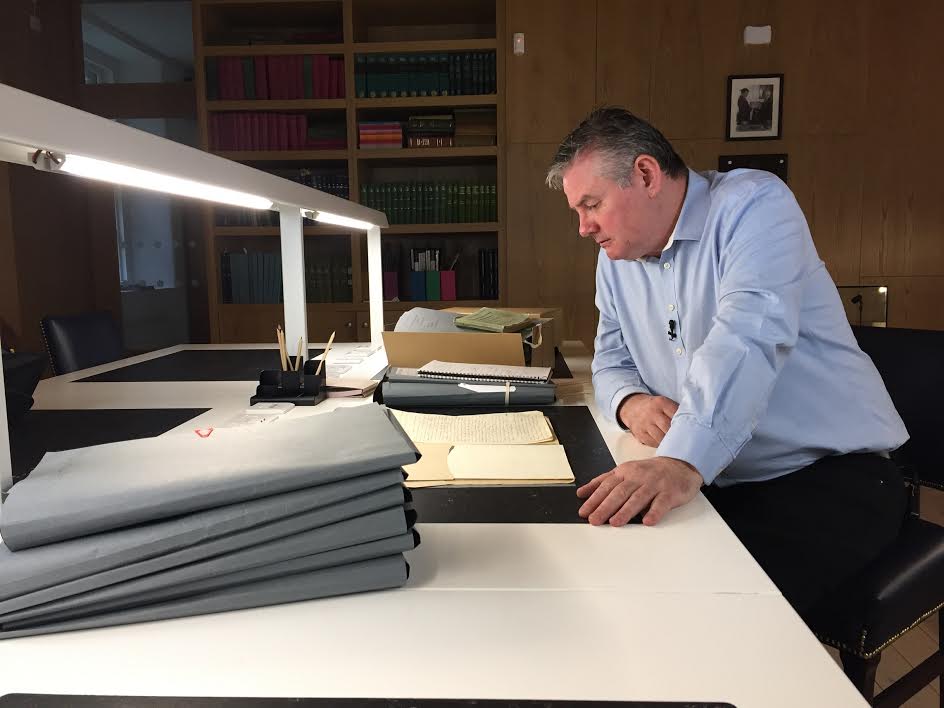 Presenter Kevin Magee at the Military Archives in Dublin

In a remarkable journey Kevin traces the professor's footsteps back to Berlin
and reveals the shocking truth about the German scholar who became the
Gaelic Lord Haw Haw and a decorated SS officer.

Kevin had heard stories of a Nazi spy who operated in Teileann in south-west
Donegal ever since he himself started visiting the area over 40 years ago. Like
Kevin, Mühlhausen had also gone there to perfect his Irish but the locals were
always suspicious of the German's real reasons for visiting.

Mühlhausen made no secret of the fact he was a committed Nazi and openly
expressed his despair at how the locals weren't enterprising, lacked German
efficiency and didn't exploit the land and sea around them as he thought they
should.

Kevin said: "I wanted to find out if the story of the Nazi in the Gaeltacht was
true, so I began investigating, talking to locals, asking questions and examining a
whole variety of sources. Piece by piece I was able to pull this remarkable story
together.

"When I began my journey, I had no idea I would discover just how committed
Mühlhausen was to the entire Nazi project. The plot reads like a World War Two
thriller, except this story is for real.

"One of the first things he did in Teileann after he'd found somewhere to stay
was hang a large picture of Hitler on his bedroom wall. He took photographs
everywhere he went and measured the depth of Teileann Bay by dropping lead
weights into the tide. Locals later speculated he was scouting the place out as a
potential landing site for Nazi U-boats." 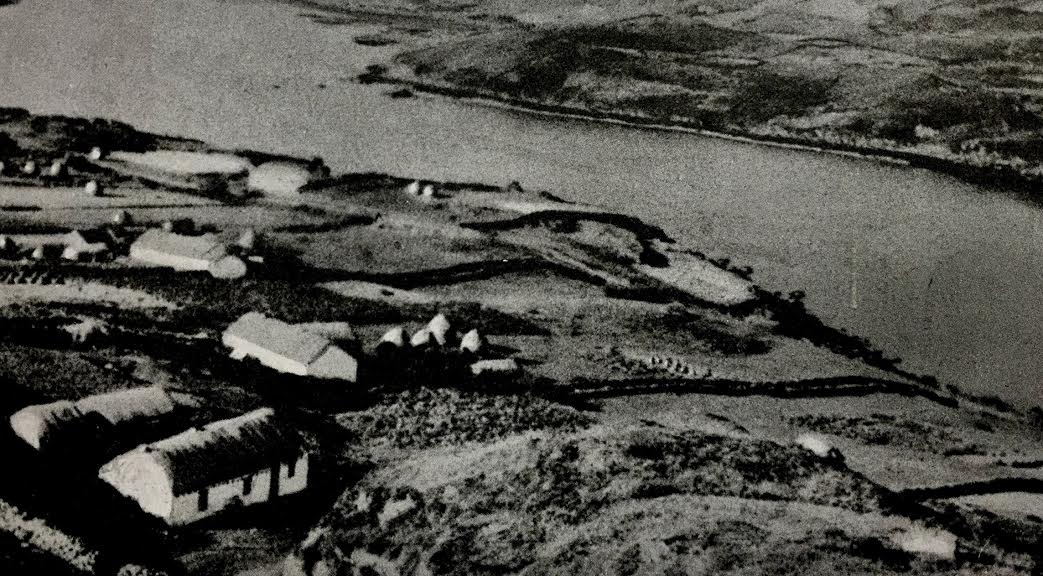 Two years after his visit, the same local people who had facilitated his stay in
Teileann, were amazed to hear him broadcasting Nazi propaganda in Irish from a
radio station in Berlin, urging the Irish to keep their neutrality and reminding
them of atrocities the English had carried out in Ireland.

In this hour-long documentary Kevin brings a previously untold piece of
Donegal history to life hearing from historians, local people in Teileann, and
military experts.

He begins his journey at the Slieve League cliffs in Donegal, travels to the
Military Archives in Dublin where he uncovers a secret file the Irish intelligence
service compiled on Mühlhausen during the war.

From there the trail takes him to Berlin where he uncovers previously unseen
documents that reveal the German's efforts to shape a Nazi plan for Ireland. The
deeper Kevin gets into the investigation, the more extraordinary and sinister the
story becomes.

Even at the end, with the Nazis defeated and Mühlhausen in a prisoner of war
camp, he made one last desperate plea for help.