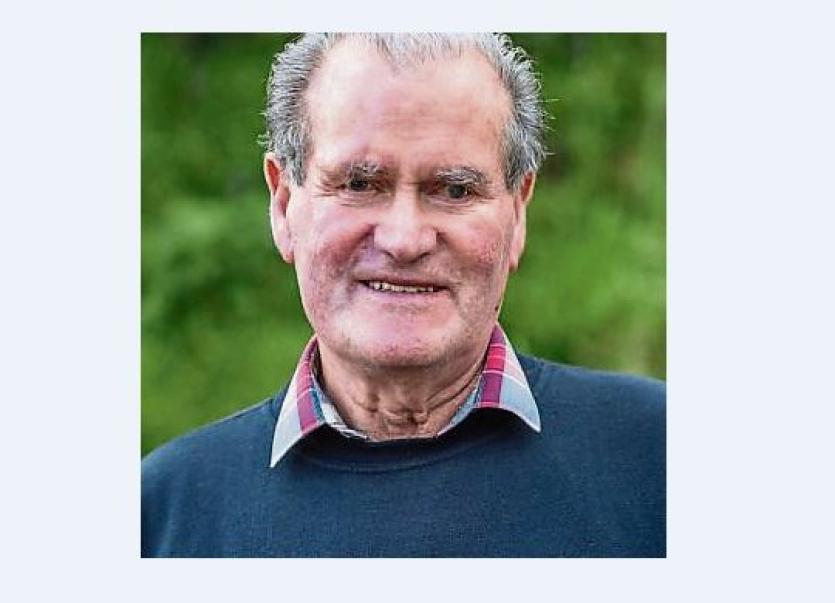 Veteran campaigner, 90-year-old Ramelton-based councillor, Ian McGarvey is no stranger to getting his teeth into things.
He's widely recognised as what we would call a ‘hardy buck’.
But even this undisputed champion of the people can be caught off guard as he discovered recently when a bite from his pet corgi, Dino, landed him in hospital - and nearly cost him his arm.
Ian was resting comfortably in his favourite chair and put his hand down to pet when 10-year-old Dino snapped. Apparently the dog has been suffering with painful hips and reacted when touched.
Ian suffered a severe bite on the wrist but decided not to trouble the casualty department at Letterkenny University Hospital. But after a little persuasion from wife Marjorie did visit his local doctor.

The bite was treated but the pain continued and following further advice from a neighbour, Fiona, who is a nurse, he went to hospital where he underwent three operations on Sunday, Tuesday and Thursday last - as he had waited too long to get treatment.
He is due to be discharged today (Thursday) but speaking from his hospital bed yesterday, Ian encouraged anyone suffering a similar experience not to wait as long as he did.
"Dino could be a wee bit vicious at times but she had my wrist in her mouth before I knew what had happened. I nearly waited too long, the surgeon told me I was very lucky, if the dog had got as far as the bone I could have lost part of my arm."
He added he didn't want to alarm anyone but if anyone got a dog bite, it had to be treated immediately.
"I went through some pain but they got all the poison out."
One would think Ian would enjoy the break from the cut and thrust of local politics but not a bit. He's been conducting mobile clinics from his bedside and ringing in cases for people in need.
Nothing is too much bother for me, he said and borrowing a quote from hugely influential Anglo-Irish politician, orator and political thinker,, Edmund Burke added 'Evil thrives when good people do nothing'.

Causes
He promised dog bite or not, he would still fight the good fight whether that was dealing with the county council executive, Government ministers, TD or senators.
"They have no courage to do anything as far as I am concerned. A thing is either right or wrong - there's no grey area with me and I will them that no matter who it is."
At the moment his big issue is with the erection of a 30-metre telecommunications mast in Drumonaghan Woods outside Ramen. An Bord Pleanála recently granted planning permission for it despite grave opposition from locals.
"I have already been on to junior minister, Charlie McConalogue and Senator Niall Blaney to do something in Dublin but the imposition of such a structure in an isolated woodland that predates Ramelton is terrible.
“We created walks in it in 2003 and its being used by schools groups to look at the different wood species and many others as an amenity.
"I just hope we can incorporate it inout the town's regeneration plan. Ramelton is a heritage town - what the planning section has done to try to introduce this is just evil and totally in the face of current council policy. I will be working once I'm out of here tomorrow to get it removed," he said.
Ian and Majorie are undecided whether they will replace Dino but one thing's for sure, Ian may have suffered a bite but it hasn't affected his bark!