Calls to increase state pension by €7

ALONE, the organisation which supports older people, is calling on the Department of Employment Affairs and Social Protection to increase the state pension by €7 in Budget 2021, to ensure that older people are protected during difficult economic times. Financial issues are one of the biggest concerns raised with ALONE by the older people who use their services.

ALONE are in agreement with government policy, outlined in the Roadmap for Pensions Reform 2018 – 2023, that pension rates should be equal to average weekly earnings. Ultimately, ALONE are seeking to work towards an overall increase of €26.92 to the state pension, raising it to €275.22. This is based on 35% of an average weekly wage of €786.33, as per data from the Central Statistics Office in 2019. (CSO, Q4 2019)

As many older people are heavily reliant on the state pension as their main source of income, ALONE are seeking to safeguard older people from poverty and support them to age comfortably, without having to worry about financial difficulties.  ALONE support the universal pension model and continue to urge the government to implement a universal pensions model, as set out by Social Justice Ireland. A universal pension is a flat-rate entitlement paid to all residents over a certain qualifying age, regardless of their previous social insurance contributions[2].

ALONE has put forward a series of asks for the incoming Government, and believes that these issues must be addressed as a matter of urgency to combat poverty issues faced by many older people across the country. The organisation is calling for increases to the Living Alone Allowance and Housing Assistance Payments, as well as a review on the Exceptional Needs Payment for those facing hardship in the wake of the COVID-19 pandemic.  ALONE would also like to see an increase to the income threshold for all means tested benefits in line with increases to the State Pension and secondary benefits, in order to ensure that welfare entitlements will not be lost if an individual’s income increases.

The organisation has welcomed the news that the Government intend to implement an auto-enrolment system for pensions, and are currently anticipating a timeline and more details on this from Government in the coming weeks and months. ALONE supports plans to introduce the Total Contributions Approach (TCA) model as mentioned in the programme for government, which would make the level of pension directly proportionate to the number of social insurance contributions made by a person over their working life, with pension credits granted to those who take time of out for caring duties. While the TCA model is to be based of 40 years’ social insurance contributions[1], ALONE believe that 30 years’ contributions is more reasonable.

ALONE CEO Seán Moynihan said, “We agree with Government policy that the state pension should be increased according to the average weekly wage; it is vital that we ensure that older people are safeguarded and guaranteed an acceptable standard of living on their pensions. It can’t be the case that older people must fight each year for a token increase to their pensions.” 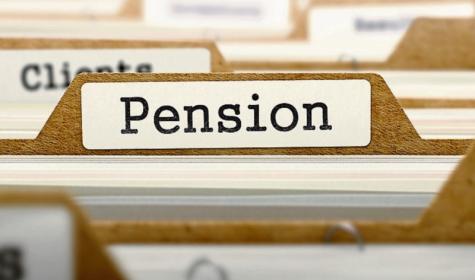 He continued, “We must also implement measures which will protect older people and their pension during difficult economic times. ALONE have previously called on Government to halt increases to the pension age and triple lock the State Pension to prevent decreases in the future;  in addition to this, we believe that the state pension should either be tied to the rate of inflation, or subject to a 2.5% annual increase, to ensure that older people are not left behind. We are urging the government to work towards implementing these changes to ensure that older people are protected and supported as they age.”

ALONE is a member of the Age Alliance, a group of age sector NGO’s which work together to address the key issues facing older people and to progress the implementation of the National Positive Ageing Strategy. 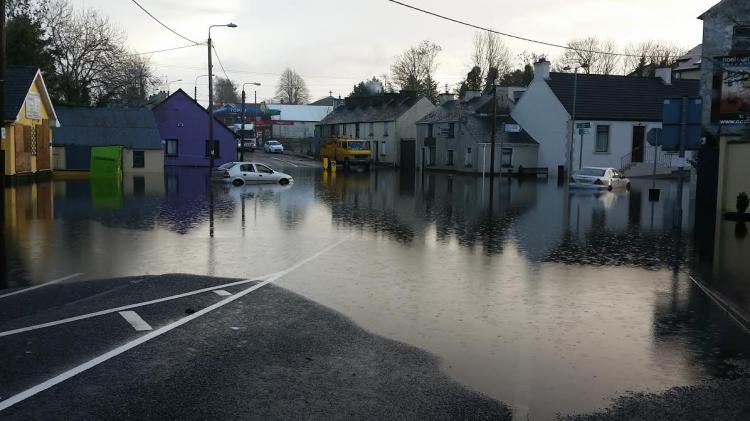 How the centre of Castlefin looked during a recent flooding incident 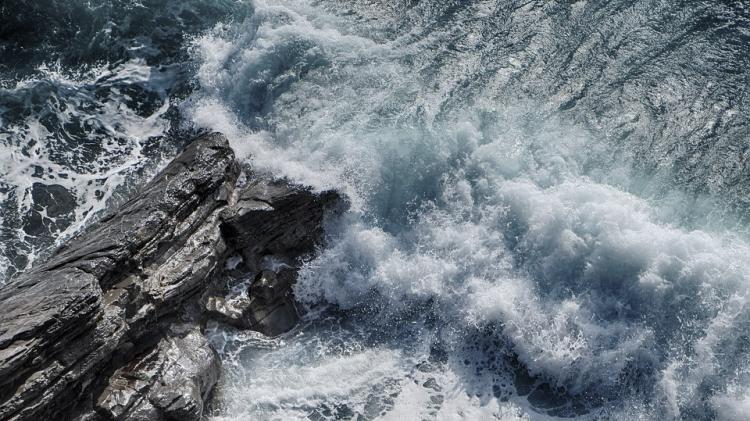